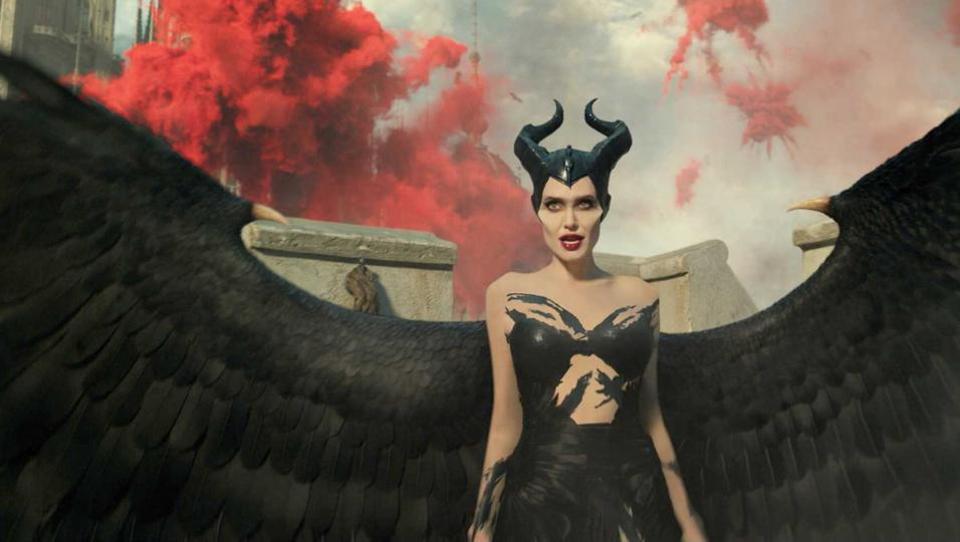 Let’s just get this out of the way: Maleficent: Mistress of Evil is not a good movie, or one that should even exist. It is a sequel to the 2014 live action re imagining of the Sleeping Beauty villain that strives to show the fairy tale we know isn’t entirely accurate. But, like all fairy tales, it did end with a happily ever after. So what now? Mistress of Evil has more than a few ideas, and they’re all bonkers. It’s not “good” in the traditional sense, but it is extremely watchable.

This duology would be nothing without Angelina Jolie in the lead role. Jolie’s on-screen roles have dwindled in recent years as she focuses on voice work and her directorial career. This is her first role since 2015’s Beyond the Sea, which she also directed. Before that? Maleficent. This film is primarily sold on the novelty of Jolie alone, and yet Maleficent is taken out of the narrative for long stretches of the film. For something that bears her name in the title, Maleficent is curiously absent.

Maleficent: Mistress of Evil takes place five years after the original film. Aurora (Elle Fanning) has accepted the marriage proposal of her beloved Prince Phillip (Harris Dickinson, mostly a wet fish) to the horror of Maleficent. Maleficent is invited to meet Phillip’s parents, King John (Robert Lindsay) and the menacing Queen Ingrith (Michelle Pfeiffer). After a meal that rivals Guess Who’s Coming to Dinner? in tension, Maleficent is forced to flee for her life and Aurora is left to believe her godmother has not given up her wicked ways.

The second act of the film is almost entirely shrouded in darkness, as Maleficent encounters survivors of her race of Dark Fey, including Fey played by Chiwetel Ejiofor and Ed Skrien. The mythology here nearly reaches Dark Crystal levels of complexity, but the film moves too quickly for the audience to really absorb the plight of the faeries outside of a general desire to live in the moors again free of human tyranny. All the while, Aurora tries to prove Queen Ingrith is planning an annihilation of all magical creatures (like I said, this film is a lot), including Maleficent. It should be noted that Ingrith is aided by a fantastic ride-or-die henchwoman played by Irish actress Jenn Murray. Murray’s character rarely speaks, but her sadistic tendencies are written all over her remarkably strange face. Every time she showed up on screen I wanted to applaud. She is definitely an actress I will be keeping an eye on in the future.

Mercifully, the CGI-heavy third act takes place in broad daylight so you can actually see what’s happening, and Maleficent herself returns to the spotlight. Those interested in the film for the dynamic between Jolie and Pfeiffer will not be disappointed. Overall, Maleficent: Mistress of Evil is a better live-action offering from Disney than the abominable Lion King remake because it actually has imaginative ideas. Imagination, however, will only get you so far.