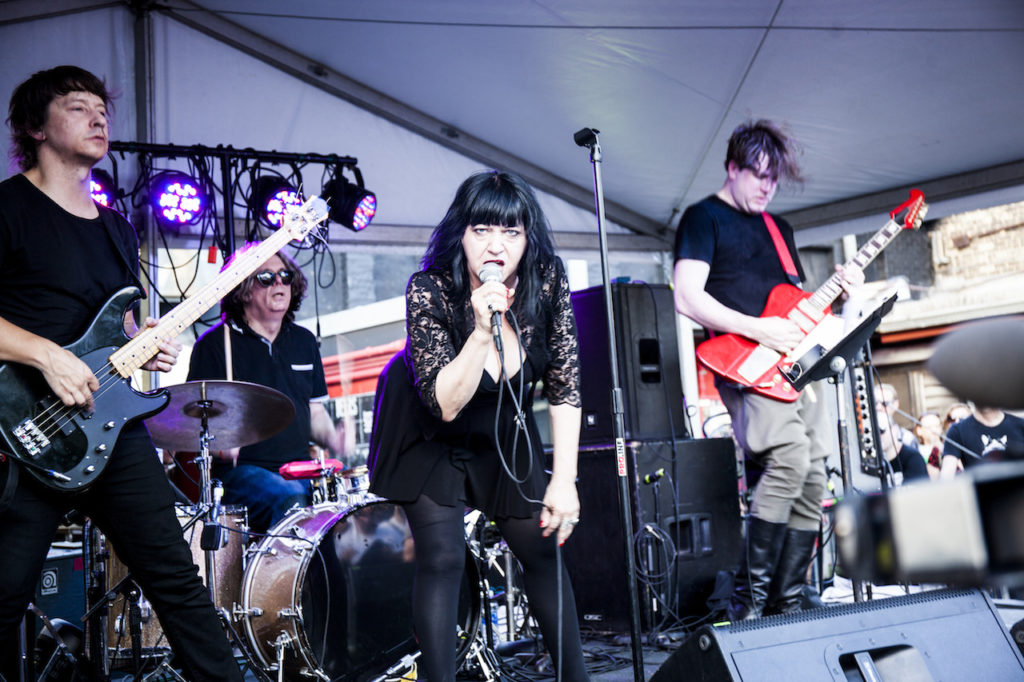 A couple of weeks ago in this space, I reviewed The Sparks Brothers, the new documentary from director Edgar Wright about cult glam rock band Sparks. It’s a wonderful film which, as I noted at the time, has inspired a tidal wave of new admirers for the group. It’s not just the band’s music that makes The Sparks Brothers so infectious (though it is great), but also the brothers themselves. In their interviews with Wright, Sparks founders Ron and Russell Mael come off as warm, droll, and generous human beings. As a film, The Sparks Brothers might inspire you to start a band, but it also might just make you want to sit down and have coffee with these guys.

It’s tough to imagine walking away from Lydia Lunch: The War Is Never Over with the same feeling. For starters, you probably wouldn’t need the coffee; the company of the film’s subject would be a jolt to the system all its own. With her intense stare, razor-sharp wit, and confrontational approach to feminism and sexuality, Lunch is one of rock’s most unique and bracing provocateurs, and while The War Is Never Over may not be as much of a crossover crowd-pleaser as The Sparks Brothers, it’s just as overdue a profile.

Lunch first made her name as frontwoman for Teenage Jesus and the Jerks, one of the central bands of the short-lived “no wave” movement, an abrasive offshoot of punk which bridged the gap between CBGB’s and New York’s nascent downtown art scene. In the film, Lunch describes the Jerks as “the angriest, but most precise” music she could create. This serves as a tidy description of Lunch’s ethos throughout her career, which has incorporated solo work, collaborations with other musicians (you may recall her unforgettable vocals on Sonic Youth’s “Death Valley ‘69”), poetry, filmmaking, and spoken word. The common thread is Lunch herself, whose articulate fury will make even the most hardened punk rocker stop in their tracks. Imagine Valerie Solanas with the storytelling prowess of Tom Waits, or perhaps William S. Burroughs reincarnated as a Manson girl.

Directed by documentarian (and longtime friend of Lunch’s) Beth B, The War Is Never Over spends much of its time as a sort of crash course in Lydiology, tracking her life and career through testimonials from collaborators and acolytes alike. These segments are probably essential to give neophyte viewers an idea of the scope of Lunch’s career, but can feel somewhat perfunctory (some of her projects are barely given a full minute of screen time). In the end, however, these are minor gripes, because whenever the camera is trained on its subject, the effect is nothing short of electric. 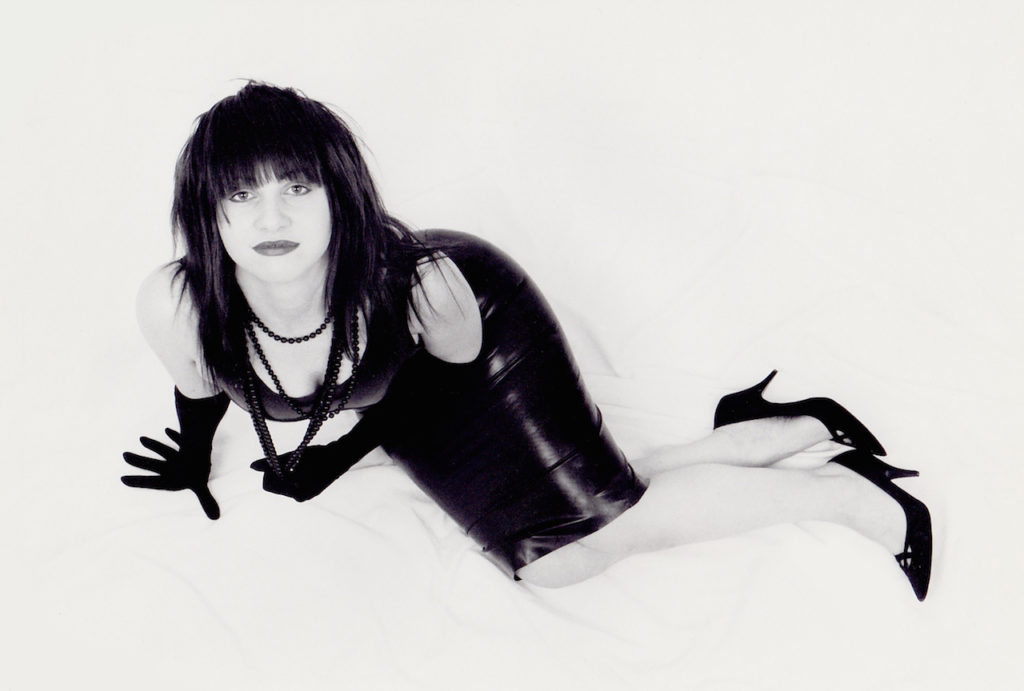 This applies, of course, to the archival performance footage, which ranges from priceless (if grainy) tape of early Teenage Jesus performances to clips from Lunch’s notorious collaborations with filmmaker Richard Kern, which skirt the boundaries between underground cinema and pornography (and feature such other punk luminaries as JG Thirlwell and Henry Rollins). But, crucially, it also applies to the newly shot interview segments. Lunch is a riveting speaker and raconteur; from the opening moments, in which she recounts a traumatic (and increasingly bizarre) anecdote from her childhood, she all but dares the viewer not to hang on her every word. It’s instantly clear how this teenage runaway was able to bend the New York punk scene to her will, and it’s just as obvious that she’s lost none of her spark or intensity. As Thurston Moore marvels after recalling one particularly wild Lydia Lunch story, “I never met anyone like her.”

Of course, sex appeal was central to Lunch’s persona as well. Lunch used her pin-up good looks as a venus flytrap, luring in punk meatheads before blindsiding them with her blistering musical and verbal assault (this applies to both her artistic work and her personal life– Lunch laughingly recalls living off stolen wallets from one-night stands). As Lunch describes in horrifying detail (both in interviews and excerpts from her work), her complicated relationship with sexuality stems, at least in part, from years of abuse at the hands of her father. As in her work, Lunch is uncompromising on the subject, simultaneously laying bare the horrors inflicted by men while making no apologies for her own appetites and conquests (“It’s not a cycle of abuse, it’s a cycle of power,” she muses at one point). These scenes are often difficult to watch (and, it should go without saying, potentially triggering), but, in their subject’s startling frankness, they amount to some of the most harrowing self-examination on film since Terry Zwigoff’s Crumb.

As a film, The War Is Never Over isn’t perfect; at under 80 minutes it can’t help but feel somewhat slight, while some segments (like a collection of road footage from a recent retrospective tour, oddly inserted into the first act of the film) feel shaggy and extraneous. But it’s a priceless document of a fascinating figure (and one whose eclectic discography makes her tough to pin down by even the most obsessive record collector). Lydia Lunch may not be as friendly or inviting as Ron and Russel Mael, but I could listen to her talk for hours– just maybe not over a cup of coffee.