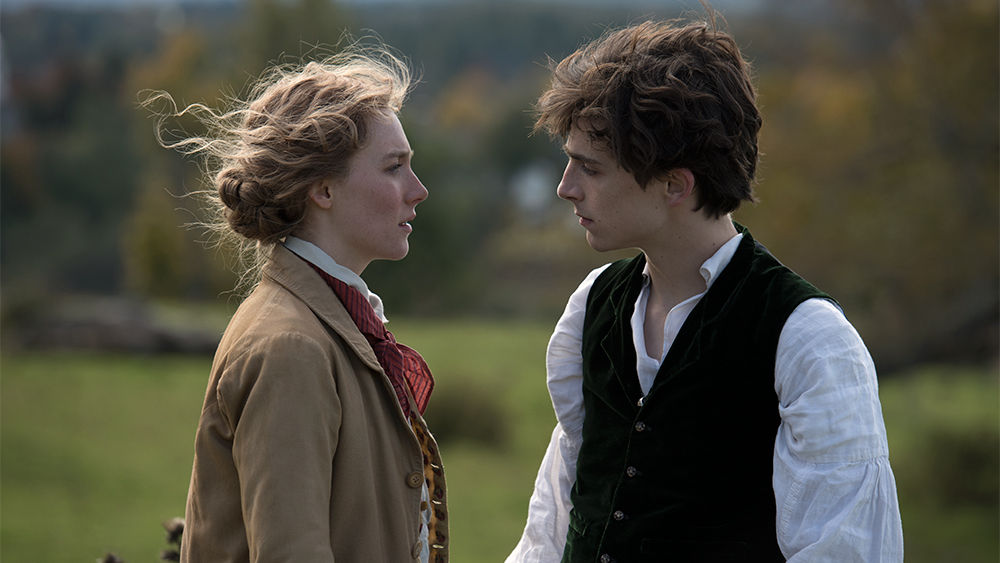 Greta Gerwig’s Little Women is a minor miracle. With a pitch perfect cast, gorgeous cinematography, and a sublime score, Gerwig injects new life into the classic story, turning the novel into something somber and reflective, while maintaining Alcott’s joy and hope. Little Women (2019) is a film *about* Little Women and its legacy, a truly remarkable feat.

Gerwig’s March sisters are Emma Watson as Meg, Eliza Scanlen as Beth, Florence Pugh as Amy, and Saoirse Ronan as Jo. Ronan was born to play Jo, but Florence Pugh’s Amy steals the show. Gerwig frames much of the film around Jo and Amy’s sibling rivalry. Emma Watson’s Meg has her moments, but her accent work does sometimes falter. Scanlen manages to make Beth’s passions compelling even in her lowest moments. Rounding out the cast are Laura Dern as their loving mother, Meryl Streep as the snooty Aunt March, and Timothee Chalamet as the heartthrob Laurie. Chalamet fits the role like a glove, but I still prefer Christian Bale in the 1994 adaptation.

Little Women unfolds in non-chronological order, which can be confusing at first, but pays off in spades. Cutting between an adult Jo trying to get by in New York City and a teenage Jo writing plays with her sisters imbues the film with a deep sense of melancholy. Little Women is primarily about memory and how each March sister reflects on their childhood. It’s easy to get lost in the warmth of their home.

Saorise Ronan and Florence Pugh both deserve Academy Award nominations, and if there is justice Gerwig will receive a Best Director nomination as well. She tried something new with an established work and managed to pull it off. It feels like a tribute to Louisa May Alcott, giving her heroines slightly different endings that her publisher may not have originally allowed. It’s the perfect film for the Christmas season.