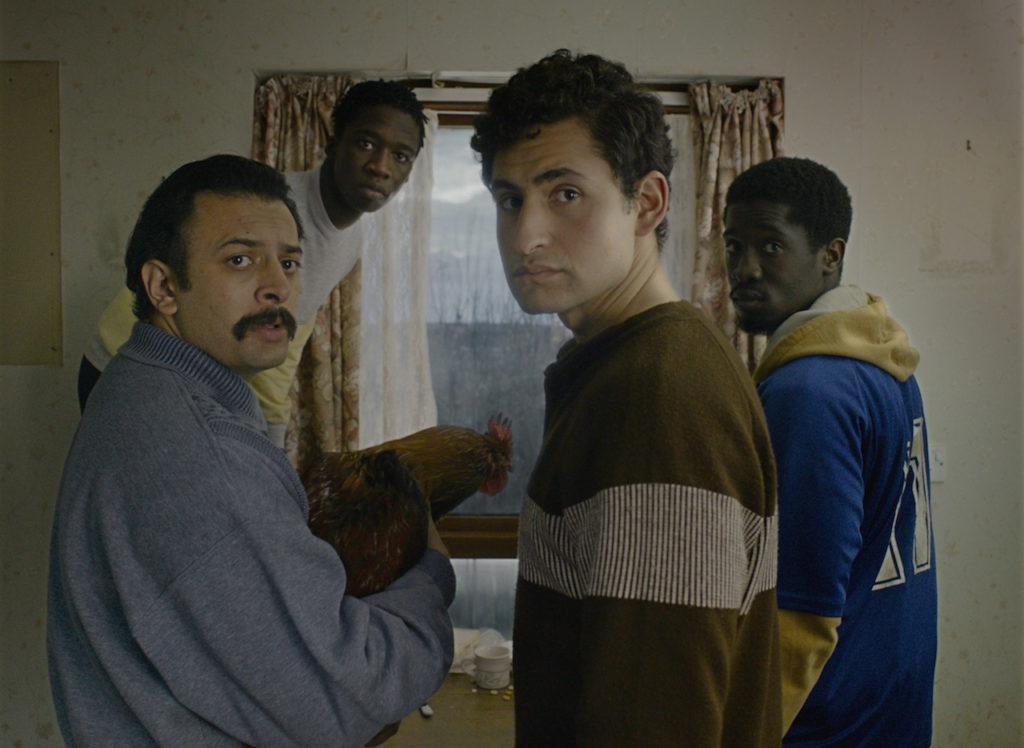 EDITOR’S NOTE: At press time, this film is playing exclusively in theaters. Before attending a screening, or any indoor public gathering, please take stock of all safety factors, including vaccination status, risk factors, and your own personal comfort level. Above all, please be safe.

The word I’m going to try to avoid in this review is “timely.”

On its face, it would seem to be a perfect word to describe Limbo. For any number of reasons, both obvious and subtle, immigration has been in the news over the past few years. Refugees– that is to say, those fleeing their home countries for political or safety reasons– have been made into a hot-button issue by politicians playing on deep-seated prejudices and anxieties, and, as the world reopens, we’ve witnessed a depressing increase in racist and xenophobic violence. But these issues are not new, nor are they rooted in any one part of the world. People have sought asylum for as long as there have been countries, and prejudice has likely existed even longer than that. Limbo may appear to be ripped from the headlines, but only because some headlines are constant. Limbo’s story isn’t really timely; for better or for worse, it’s timeless.

Omar (Amir El-Masry) is a soft-spoken young man seeking refuge from the strife of his home in Syria. While his papers of asylum are being reviewed, Omar is put up indefinitely in ad-hoc housing with a community of fellow refugees on a tiny, sparsely populated island off the coast of Scotland. Omar whiles away the days watching burned Friends DVDs with his flatmates, quirky, middle-aged Farhad (Vikash Bhai) and bickering African brothers Abedi and Wasef (Kwabena Ansah and Ola Orebiyi). His thoughts, however, are elsewhere: with his parents, staying with relatives in Istanbul, waiting for Omar to settle in London so they can join him; with his brother, Nabil, serving on the front lines in Damascus; and with his grandfather, whose treasured oud Omar carries with him everywhere, but can never quite bring himself to play. In the meantime, all Omar can do is exist, trying to make the best of his situation while neither here nor there.

Limbo is a sad film, but it’s not as crushingly sad as one might think from the plot description. On the contrary, it’s often quite funny. Director Ben Sharrock approaches his subjects with a mannered, deadpan humor pitched somewhere in the ballpark of Aki Kaurismäki. The scenes in which the refugees attend English classes are masterfully silly, self-contained skits, with the bubbly, overbearing teacher playing against the visible disinterest of her students. It’s not quite a fish-out-of-water story, as most of the refugees aren’t really trying to fit in with the locals. They don’t want to be there, and most of the locals don’t really want them to be there either, so they mostly just exchange pleasantries and quizzical, vaguely suspicious glances. 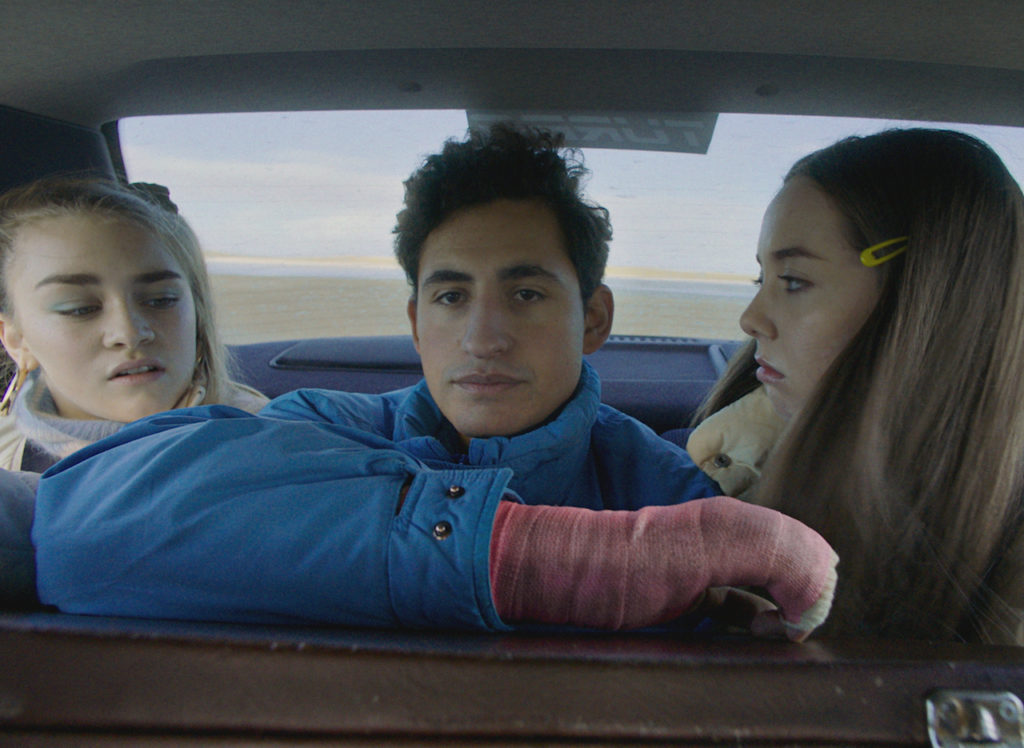 The exception to this rule is Farhad, who serves as the film’s comic heart. Nattily dressed and genteel in manner, Farhad speaks glowingly of the mundane life he looks forward to starting in London (“I will be a businessman and wear a suit, and I will eat my eggs sunny-side-up!”) and offers to be Omar’s “agent-slash-manager.” It quickly becomes clear that, as odd a fit as he appears to be in the Scottish isles, he likely stuck out even more in his native Afghanistan, a sweet oddball who worships Freddy Mercury and has a particular affinity for chickens (in a comedic highlight, Farhad “rescues” a misfit rooster from a nearby farm, much to the chagrin of his roommates). As with all the characters, there is a sadness to Farhad, but Bhai plays him so winningly that you can’t help but love him.

Then there’s Omar. “Deadpan” doesn’t quite do justice to El-Masry’s performance, which often plays as a single, extended sigh. Omar is clearly aware of the absurdity constantly unfolding around him, but his blank stare rarely projects in-on-the-joke Jim Halpertness. Rather, by the time we meet Omar, it’s clear that he’s already been beaten down by the events of his life; he can’t even muster the enthusiasm to be frustrated. At one point, Omar is stopped on the street by a car full of teenage locals, who ask him if he’s Al Qaeda and tell him, “Don’t blow anything up!” “I won’t,” Omar shrugs. When the teens realize their taunts don’t have the intended effect, they invite him to join them as they spin donuts on the beach. Even as he sits crammed in the backseat between these giddily screaming youths, Omar’s expression remains unchanged. This is just another thing happening until he gets where he needs to be.

And where is that? That, ultimately, is the question. Throughout the movie, Omar speaks to his parents through the island’s one phone booth. The conversations largely run along the same tracks: When will your papers be cleared? I don’t know. Have you talked to your brother? No. Are you playing your oud? No. Why don’t we just go back? We can’t. At one point, Omar asks his mother to relay her prized baba ganoush recipe; the secret ingredient is sumac, which is decidedly unlikely to appear on his grocer’s spice shelf (“We have ketchup, and we have mustard.”). Omar longs for his family and his home, but knowing that nothing will ever be as it was, and not knowing what his life will be like in the future, leaves him in, well, limbo.

God willing, most people will never know what it feels like to be a refugee. But, as depressing as it may be, we’ll likely never reach a point where nobody is a refugee. Refugees are an easy people to other-ize– by definition, wherever they are, they’re outsiders– so it’s important to tell stories to remind us that they’re simply victims of circumstance– and, more than that, that they’re people. Sharrock wisely avoids turning his film into a by-the-numbers tearjerker, instead crafting a wistful comedy about real people puttering through their boring, daily lives. Limbo may seem timely, but its fundamental truths are never going to stop being timely– so it’s a good thing we’re going to have it going forward.