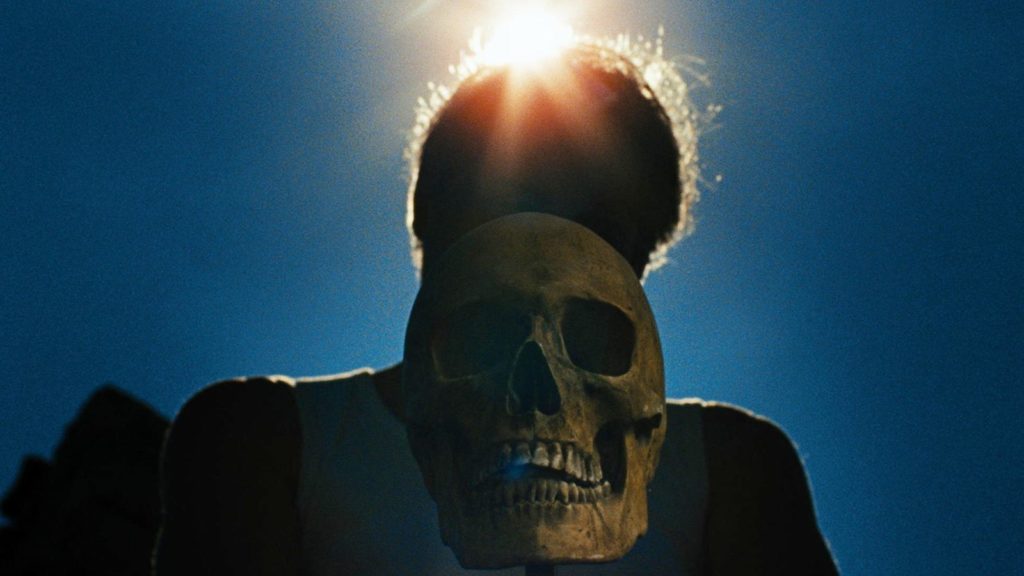 I am speaking to you from the past.

Specifically, I am writing less than 24 hours after seeing the New England premiere of Let the Corpses Tan, the latest homage to outrageous Italian genre cinema from Belgian husband-and-wife team Helene Cattet and Bruno Forzani, at the Boston Underground Film Festival in March of 2018. As I write this, the film is under press embargo until its official theatrical release (which, if you’re reading this, is this weekend!). I have other reviews to write, which, assuming I complete them, you likely read months ago (if you’re not sure, you can click here to revisit our now-archived BUFF coverage). But I want to get this one finished first, because I feel like the longer I wait, the more it will slip away from me.

This sounds like a slight, but I really don’t mean it as one. It’s simply that the films of Cattet and Forzani operate on a sort of dreamlike logic. I saw their previous film, The Strange Color of Your Body’s Tears, and enjoyed it immensely; my review was even quoted in the film’s official Facebook campaign. And yet I now find myself rereading that same review to try to remember what the movie was even about. Again, this is not meant as a criticism, so much as a statement of fact. Cattet and Forzani’s films are more about evoking the mood and style of their influences than telling an airtight story, and to that end, they’re fairly phenomenal. 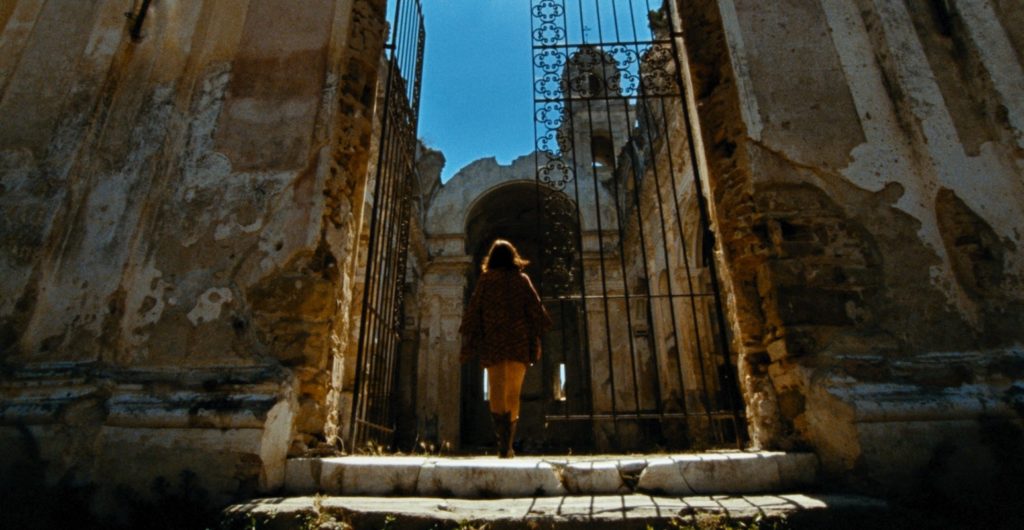 That said, Corpses does have far more of a plot than Tears (or at least than I could discern or remember from Tears). The story concerns Luce, an eccentric Bohemian woman, who lives in a remote villa with her ineffectual retired writer boytoy, Bernier. One afternoon, they are interrupted by a gang of thuggish acquaintances, led by the wily Rhino, who have just pulled off the bloody heist of a trunkful of gold bars and need to lay low. Also with them are Bernier’s estranged wife, along with their son and her maid, who have picked the worst possible weekend to seek closure. The party is completed when a pair of motorcycle cops follow the (fairly obvious) clues to Luce’s door. From there, the movie becomes a sort of avant garde Free Fire, with the assorted parties holing up in different parts of the property, double- and triple-crossing each other, and occasionally making a break for it to be the one who ends up with the booty.

And that’s pretty much it. (I didn’t say that there was a lot of plot, only that there was more than one might expect from the duo’s previous films). Again, the question isn’t what the film’s about, but how it goes about it. But where Tears (and Amer, the couple’s debut, which I’m ashamed to admit I still haven’t seen) seeks to capture the sometimes meandering psychedelia of giallo horror, Corpses is inspired by the brutal violence and staccato rhythms of spaghetti westerns and poliziotteschi (a particularly nasty strain of cultishly adored Italian crime film). Subsequently, frames are lit with burning cars, entire pages of dialogue are snarled, and just about every single scene is punctuated by gunfire.

And when I say that, I’m not talking about the act of someone shooting, so much as the deafening sound of the gunfire itself; if ever a movie begged for one of those corny old “This film should be played LOUD” title cards, it’s this one. Even beyond the more dramatic elements, the sound design is phenomenal, from the howls of the soundtrack (assembled, like that of Tears, from assorted scores by Morricone and other Italian masters) to the nearly subliminal scrunching of leather as the camera whips from one side of a conversation to another. In one of the film’s most inspired touches, events are played repeatedly from different characters’ perspectives, letting the repeating sounds inform the continuity and spatial relations.

But the sound only accounts for half of Corpses’ sensory assault. This is an absolutely gorgeous film, even as the characters do increasingly ugly things to each other. Cattet and Forzani (along with cinematographer Manuel Dacosse) make the most of their picturesque location and perpetually cloudless skies, characters’ faces squinting into the sun or menacingly facing away from it. The editing, too, is artful, seamlessly crosscutting between characters, locations, and seeming non sequiturs. This is a film where, in the blink of an eye, we can go from a tense shootout to a crucified, gold-painted woman lactating champagne, then back to the same shootout, all without so much as a soundtrack cue.

As that last sentence might suggest, Let the Corpses Tan is not going to be for everyone. Again, despite its breakneck pace, this film is not particularly concerned with coherent plotting; I found myself losing track of how many characters there were, let alone those characters’ allegiances and motivations. As of this writing, I left the theater roughly 18 hours ago, and I couldn’t spoil the ending if I wanted to. The key to enjoying a film like this is to let yourself be seduced by the mood: the mesmerising rhythms, the rollercoaster soundscape, the incredible visual of a man being threatened through a skull jammed into the neck of a merry-go-round horse. Some movies you follow; this is a movie you feel.

Anyway, I have to go back to my own time now. Hopefully things have gotten less stupid by the time you read this! (Editor’s note: Ha ha ha ha ha ha).