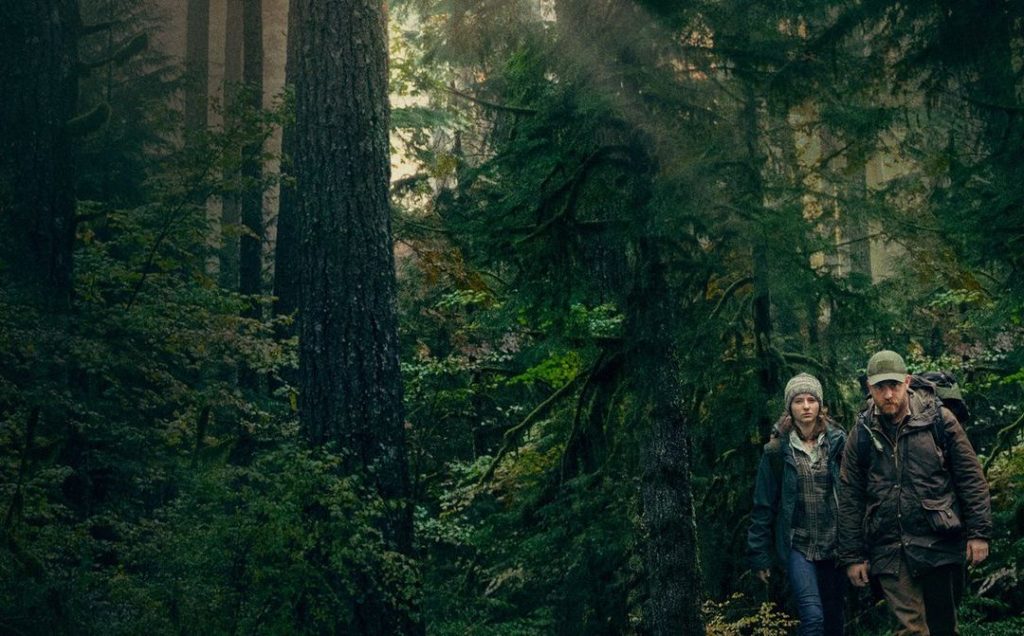 After launching Jennifer Lawrence’s career eight years ago with the chilling Winter’s Bone, Debra Granik finally returns to do the same for New Zealand newcomer Thomasin McKenzie. Thomasin is our guide in this world of beautiful landscapes, wild animals, and deceptively simple campsites. Her face captures the many emotions her character experiences on her journey with her well-meaning but haunted father as they explore the Oregon wilderness, on the run from anything resembling human society.

You could be forgiven thinking that this film takes place after the apocalypse. For the first fifteen minutes, we are only with Will (Ben Foster, magnificent), a veteran suffering from PTSD, and his daughter Tom, who follows his every command. Together, they’ve made a life in the forest, hunting their food, building shelter, and hiding from hikers and park rangers. The pair say little, but are completely in sync. Of course, this paradise cannot last forever.

When father and daughter are discovered, the story truly begins. Ben Foster approaches this character with a quiet passion. Will is a caring but damaged man. He truly believes living outside of society is what’s best for his daughter, even if Tom is starting to think otherwise. Just because society failed him doesn’t mean it will fail Tom. She realizes she could still have a life beyond her isolation with her father.

There is no villain in this story, except perhaps the federal government. Will isn’t a bad person, and he is never portrayed as such. The people they encounter only want to help, even if some of them are too poor or damaged themselves to do so. Most of the film’s runtime passes in silence, with only the sounds of nature filling the void. There’s not much else to say except see this film as soon as possible for two incredibly special performances and eye-popping cinematography.

As another in this year’s long line of films that seem to scream “America cannot save you,” which include five-star pictures like The Rider, Lean on Pete, and You Were Never Really Here, Leave No Trace is a stunning and understated film that will leave you sad for the state of the world, but hopeful that people can mature and learn to work together to survive.