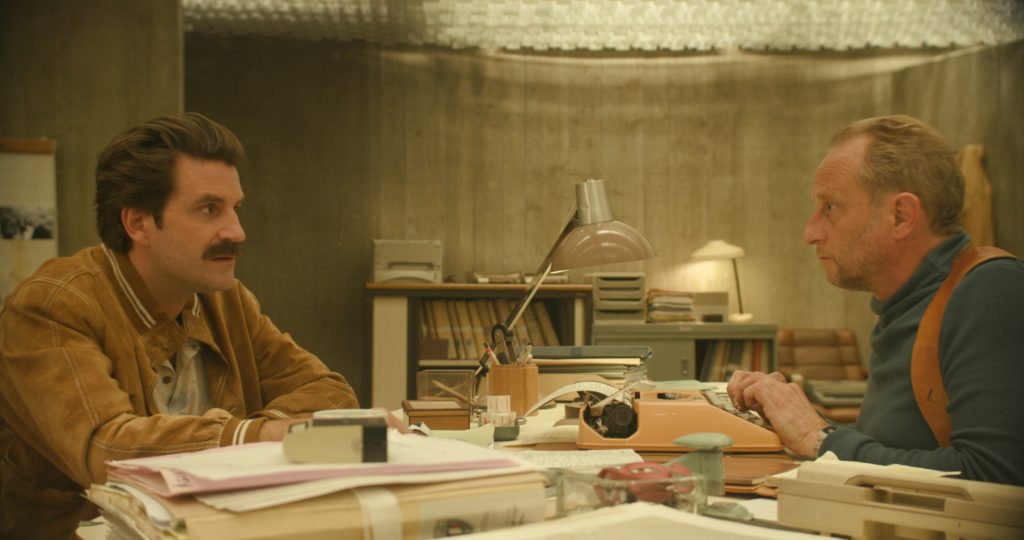 Quentin Dupieux is on track to become the Robert Pollard of French cinema. Like the mercurial Guided by Voices frontman, Dupieux has been dizzyingly prolific over the past few years, releasing work at a frankly alarming pace. Though it was made in 2018, Keep an Eye Out is the third Dupieux film to arrive on American shores in the past twelve months, following last year’s Deerskin and the festival favorite Mandibles. Like most GBV records, all three of these films are brief (none clock in at more than 80 minutes), and more often than not they don’t make a lick of rational sense. But like the best tracks off Bee Thousand or Alien Lanes, Dupieux attacks his loony material with such manic, infectious energy that it’s difficult not to get caught up.

Like Dupieux’s last two releases, Keep an Eye Out takes a simple, absurd premise and follows it down increasingly strange and surreal back alleys. Following a brief prologue in which a man is arrested while conducting an orchestra in a field while wearing a speedo (this, of course, is never explained), the action shifts to a police station, in which the visibly bored Commissioner Buron (Benoît Poelvoorde) is interrogating Louis Fugain (Grégoire Ludig), who is under suspicion of murdering his neighbor. Fugain is innocent, but he still has reason to be nervous: while Buron was out of the office, Fugain witnessed the freak accidental death of his partner Philippe (Marc Fraize), then panicked and hid the corpse in a closet. From there, the film takes the form of an elaborate shaggy-dog story: Fugain describes, in minute detail, the comically dull circumstances under which he discovered his late neighbor, all while trying to distract his interrogator from the carnage just behind him. And that’s… pretty much the whole movie. Oh, and the title’s a pun: Philippe only has one eye to start with, and promptly loses the other one. 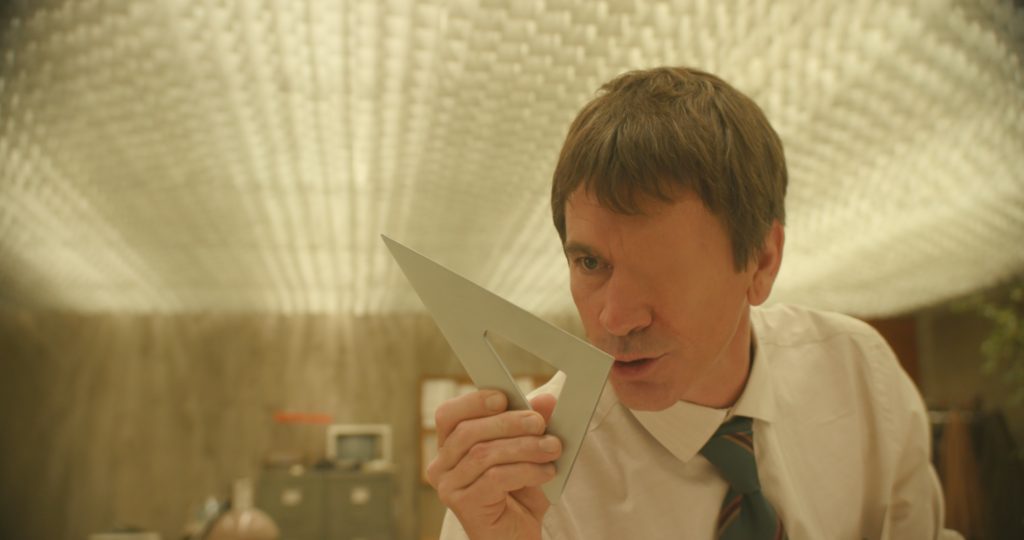 Like most Dupieux films, it’s difficult to explain the peculiar charms of Keep an Eye Out in a simple plot summary. In its simplicity, it is perhaps an even harder sell than the director’s other works: it lacks a “hook” as immediately outrageous as a malevolent leather jacket or an innocent giant fly. Instead, its strangeness lies in its perverse mundanity. Apart from its sudden burst of first-act violence, this is a film in which literally nothing happens: its two characters remain in a single room for the entire film, and Fugain’s flashbacks consist of nothing but a series of increasingly pointless tangents. The only drama, such as it is, comes when Philippe and his wife intrude on Fugain’s flashbacks to accuse him of murder, but even those scenes devolve into digressions and semantic arguments. The film ultimately amounts to a sort of balancing act, with Dupieux deftly avoiding anything remotely approaching drama.

Reading that over, I realize that one might get the impression that this is a negative review. So let me be clear: everything described in the previous paragraph is something I love about this movie, and about Dupieux’s work in general. Dupieux operates in a headspace quite unlike any other comedic filmmaker. It’s not quite “anti-comedy” per se, as there are jokes; it’s just that those jokes are incredibly difficult to describe. In Keep an Eye Out, for example, there is a running gag in which two characters overuse the word “actually,” while other characters comment on this tic and try to keep it from creeping into their own vocabularies. This, I assure you, is very funny. Later, Fugain describes coming home from a late-night walk and becoming engrossed in the show his wife fell asleep watching– which, from all appearances, consists entirely of silent, unedited footage of horses. Again, on paper, this in no way resembles a joke in the traditional sense, so just believe me when I say that this made me belly-laugh, and that it will probably have the same effect on you. 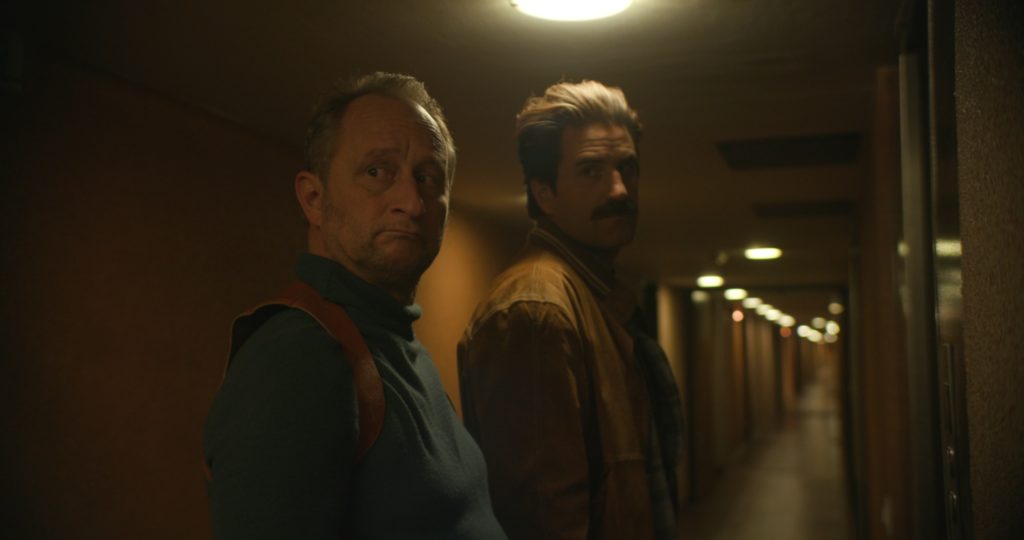 A better word for Dupieux’s approach might be “anti-movie.” His protagonists are, for the most part, imbeciles, equally incapable of solving the simplest problems (which would make his films even shorter than they are) and of taking any action which might advance the plot of their own volition. If Fugain had any common sense, he would report Philippe’s accident rather than forcing himself into this clearly untenable situation; if Buron had any interest in competent detective work, he could easily get to the bottom of both deaths within the first act. Needless to say, neither of these characters come close to embodying these qualities, and are only saved by the fact that they are each squaring off with the only person on earth incapable of outsmarting them. The film ultimately becomes something of a game of chicken, with Dupieux coming this close to forcing a plot point, only to swerve into yet another digression about the relative merits of cockroach and mosquito spray or how long a person can go without eating a meal.

Keep an Eye Out is probably not the best introduction to Dupieux’s work; in the absence of the director’s more flamboyantly surreal touches, a newcomer might come away with the impression that this is just a pointless movie about stupid people. And make no mistake, it is that. But it’s also an expression of one of the most unique and steadfastly strange filmmakers working in comedy today. Like Dupieux’s other films, there is an off-kilter sweetness to Keep an Eye Out, and it’s a pleasure to spend yet another 75 minutes in his weird little world– and if he keeps this up, we won’t have to wait much longer to go back.