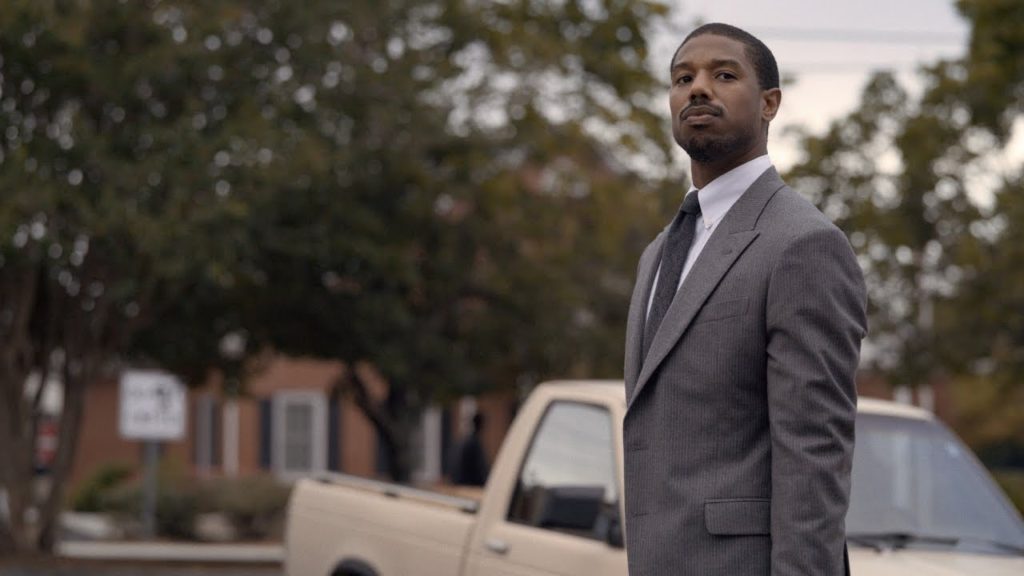 Just Mercy, directed by Destin Daniel Cretton (Short Term 12) and based on the memoir of the same name by Bryan Stevenson, is a handsomely-made film with noble intentions – though those do not always translate into the most compelling cinema.

Michael B. Jordan stars as Bryan Stevenson, a young defense attorney, who has just started his legal career in Alabama with the intent of providing counsel to death row prisoners. Just Mercy focuses on the case of Walter McMillan, an African-American man wrongfully imprisoned for the murder of a white woman. McMillan is played by Academy Award winner Jamie Foxx, in his highest profile role since Django Unchained. Though it’s easy to look at the poster and think Jordan takes the spotlight, the film’s most emotional moments come from Foxx. McMillian is a man beaten down by the racist police system of the United States, reinvigorated by the inch of hope Stevenson can offer. Foxx should come up in awards talk more, if only to encourage him not to go back to Beat Shazam for another season.

The rest of the cast is doing good work as well. Jordan’s Short Term 12 co-star Brie Larson works alongside Stevenson, but is often saddled with delivering exposition in her southern drawl. Character actor Tim Blake Nelson plays a man who could help get McMillian’s case thrown out, but is reluctant to turn against the system for fear of retribution. The actors are never flashy or over-the-top; this is a story about people being good at their jobs and people who don’t deserve to die at the hands of a corrupt government. It’ll play as a crowd pleaser, despite the darkness of the subject matter.

I hope Just Mercy encourages people to learn more about Bryan Stevenson, a truly remarkable man whose accomplishments through the Equal Justice Initiative should be constantly lauded. Short Term 12 is absolutely worth your time as well. Cretton is a director whose name should be known, even though he’s taking on a Marvel film next. Hopefully Shang-Chi earns him a blank check to make another small, empathetic film like Just Mercy– perhaps with a bit more visual punch.