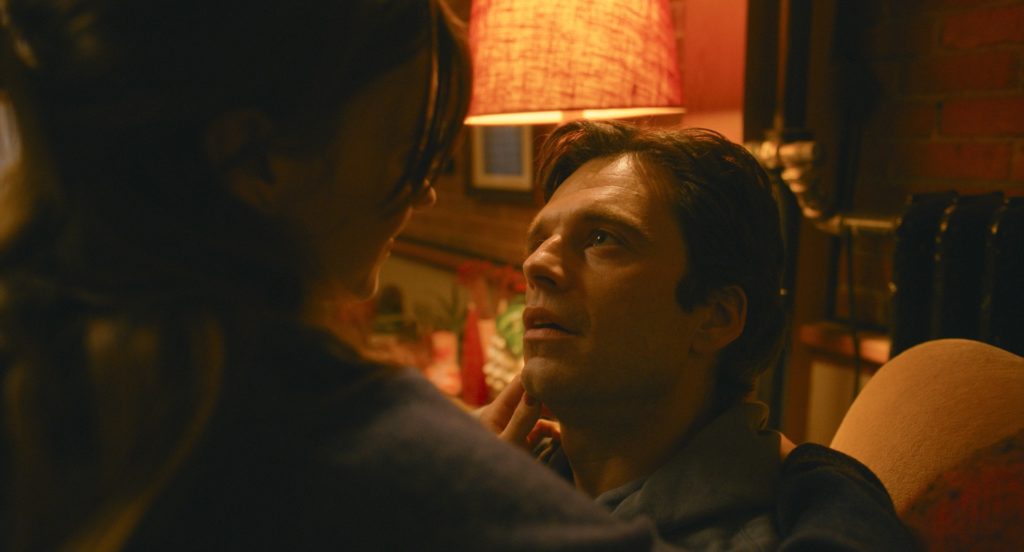 Even though I’m past the days of online dating (at least, that’s the intention), bad date stories can still make my heart seize. The crazy thing about online dating is that these stories can really happen to anyone, even if we think we’ve been wisen from experience. When Noa (Daisy Edgar-Jones) looks like she wants to suffocate on her noodles during a date, I too had felt the desire to overdose on MSG so that I don’t have to hear a man utter another opinionated word. When she and her date depart, Noa mentions that she doesn’t think they’re a good match. Her date Chad (because of course) flips out and calls her a bitch. Another day, another bad date.

Disenfranchised with the small talk (or, in lieu, the nonverbal penile photographs) and disappointment, Noa is taken by surprise when she meets Steve (Sebastian Stan) at a grocery store. A man eager to impress can be adoring, but on their first date, Steve and Noa are able to enjoy each other’s company. Maybe it’s a low standard, but maybe it’s the onset to something greater. It’s unclear how much time has passed, but it might have not been long enough for Noa’s best friend Mollie (Jojo T. Gibbs) when Noa tells her that Steve wants to take her with him on vacation. You can see it in Noa’s face, too: alarms are going off, but she flicks her worries away when Steve picks up. For the viewer, the set-up is predictable: Bam! There’s no cell service where they’re heading. Bam! The wi-fi supposedly went out (again) at Steve’s isolated home in the woods. Bam! He makes great cocktails. Bam! She’s drugged and wakes up chained to the floor.

Mimi Cave, making her feature debut, repaves the road of a romantic comedy to parallel that of a horror B-flick. As in dating, we think we might be smarter than the characters who are trying to survive from a murderer, a ghostly apparition, or a murderous ghostly apparition. Cave and writer Lauryn Kahn tailor both worlds to exactly what they need: a tale of surviving the inflictions of a fucking man. In this instance, Steve’s serial-killer drive is that he keeps his female victims alive for as long as he can and amputates parts of their body one by one to be sold to the “one percent of the one percent.” But he insists he’s a good guy! “I’m a really good cook,” he says after he details exactly how Noa will die. “Give me a smile,” he says in another instance, unaware of the ridiculous notion. 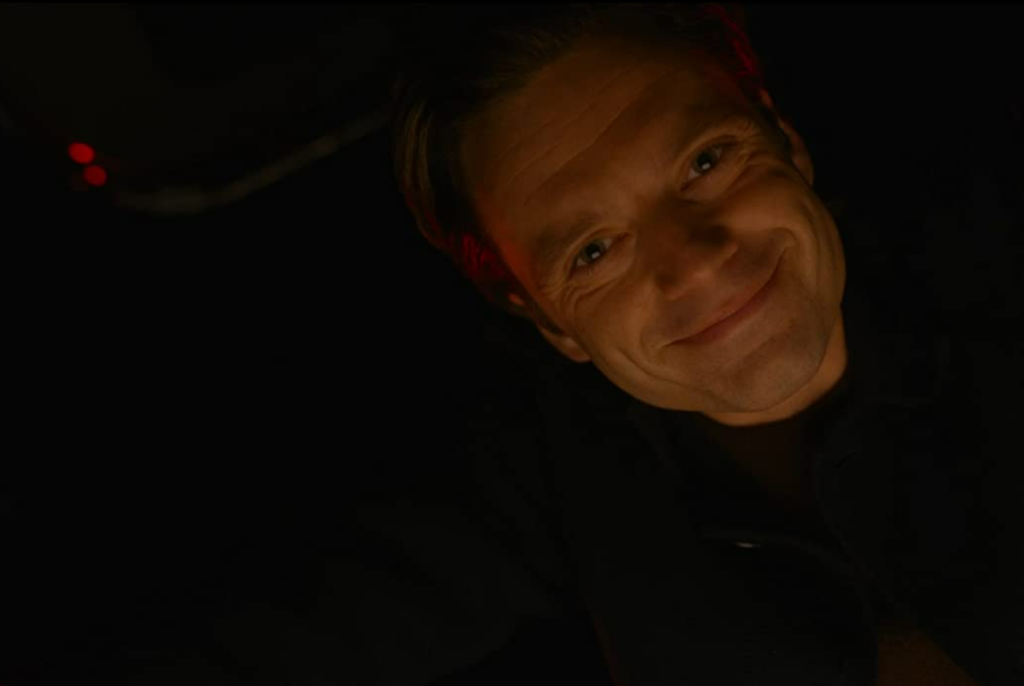 If it must be said, there isn’t any point in the movie where Steve could be constituted as good, so it was easy to compartmentalize him as the villain through and through. With Noa being the protagonist from beginning to end, we hold our breath most of the time wondering how Noa will escape. Her character doesn’t succumb to tearful nights or a superhuman tenacity to break free at any moment. In fact, her decision to wait and observe brings a life to Noa’s character (and to Edgar-Jones, who could have passed off as an interchangeable player) as well as an uneasiness to both Steve and the audience.

It is my humble opinion that Cave and Kahn did not come to play at amateur hour. I found myself watching this movie where, at various points, I thought, “You guys are wrong for this” in thorough enjoyment. No, it doesn’t shake the ground that Audition stands on when it comes to body horror or absolute madness. However, one of the craziest things that happens is when Noa expectedly attempts to run for the first time, and Steve punishes her by surgically removing her butt. As a movie-watcher who has, most for the part, watched movies sitting down, I was equal parts uncomfortable by my own position, perplexed about the physics of a post-butt-removal getaway, and darkly delighted that someone could come up with a character setback like this.

But in some sickened way, Fresh does not forget its roots in the meet-cute. Steve also indulges in cannibalistic tendencies that isolates him from others, so his longing for human connection (again, not to sympathize with!) is very acutely noted by Noa. Cave, whose past work includes music videos, has an eye for scenic backgrounds and aesthetically pleasing negative space, and is not afraid to play music outside the usual buzzy basslines that this movie calls for (perhaps the most “buzzy” song is one that features Armie Hammer in the lyrics). In a scene that would most likely be remembered as that shot, teve and Noa perform a hypnotic dance that ranks alongside Oscar Isaac and Sonoya Mizuno in Ex Machina in the Hall of Fame of unexpected artistic expression. However Fresh becomes memorable to you will be a legitimate reason. It’s a devilishly fun ride, with a pinging notification at the end to mention that online dating and surviving a homicidal individual are not wholly unlike each other.