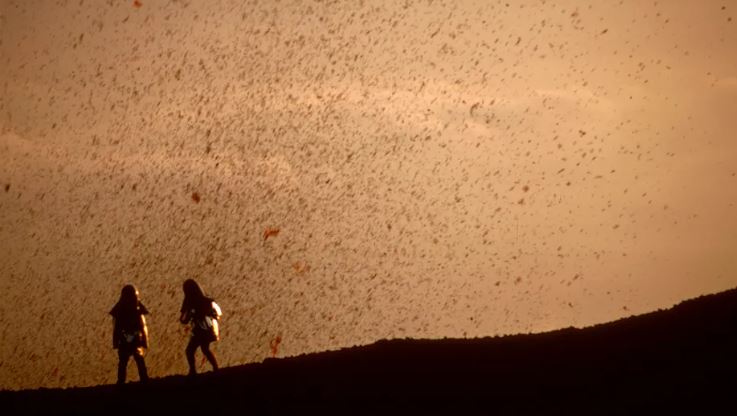 I’ve been to exactly one wedding this year, which should make it tolerable for me to start off with the sentence, “The definition of love, as defined by Webster Dictionary, is…” If I had to stand in front of an audience declaring what love was, I’d quote the words of another– most likely Richard Brautigan’s “I Was Trying to Describe You to Someone,” in which Brautigan recalls the time he saw a movie about a farmer listening to the radio for the first time once he had access to electricity. Through the farmer’s discovery of a new connection to the world and with a reawakened excitement for the things around him, Brautigan concludes, “I wanted electricity to go everywhere in the world…and that’s how you look to me.” (Obviously, this poor paraphrasing doesn’t quite encapsulate the beauty of the passage, which gives a great purpose to the “The definition of love…” template.)

Using unusual focuses of affection to translate love can add another dimension to the ways we show we care. The clarity of love in Katia and Maurice Krafft, the French volcanologist couple featured in Sara Dosa’s Fire of Love, radiates loudly in their lifelong pursuit of active volcanoes. Capturing volcanic action on camera was enormously realized by the Kraffts in the early ’60s, who had met in university and became romantically involved. “They wonder what forms and reforms the world,” Miranda July narrates as the Kraffts set off to explore Mount Stromboli, the first of many volcanoes to follow in the chase that lasted some twenty-odd years.

Fire of Love’s allure is in the mutual reliance between the Kraffts and the volcanoes (who cheekily have their own mentions in the opening credits). The dynamic between the Kraffts fits as cinematically perfect as a Mike Mills character retrospective. Though there is little information about their romance, their lives seem to brighten in color when they begin shooting hours of footage of erupting volcanoes. Maurice, the geologist, is the charismatic voice of the two, finding delight in his cowboy carelessness (one of the most striking scenes sees Maurice rafting on top of a lake of sulfuric acid, only to be stuck for three hours, while Katia disapprovingly watches from the edge). Katia, the geochemist, has a more gentle, reserved presence but shares the same intensity that brings both lovers to the forefront of actual, live eruptions.

In the beginning of the film, July reveals that the couple chose not to have children, which may have been a decision based on their hazardous studies, as well as the fact that they already had a family of lava rocks to attend to. The movie also reveals early on that the Kraffts perished in a 1991 eruption at Mount Unzen in Japan with other volcanologists, journalists, and photographers. However, in watching Fire of Love, the Kraffts’ deaths aren’t meant to be seen as a tale cut too short. Through their decades of research, the Kraffts maintained that volcanic explosions can still be unpredictable and violent. Still, the Kraffts’ love for volcanoes, which is displayed through the film editing team’s ability to create a patchwork form of poetry in both narrative and visual tones, is affectionately scaled alongside the majestic grandness of nature, which exists entirely of its own reasons. The Earth explodes in poisonous gas and scorching lava that can wipe out surrounding villages, but the residual ashes are also the most fertile type of soil (indicated by a shot of Katia hoisting an abnormally large turnip). Similarly, the Kraffts’ singular focus on volcanoes transmogrifies their devotion in different ways, such as writing numerous books on the subject and developing warning programs for humans who live in proximal danger to volcanoes. At face value, their historical impact may be the birth of modern volcanology through safety goggle-lens of archival footage and a fervor for lava. But as “volcanic runners by the rhythms of the Earth,” the Kraffts’ love language is one decoded from risk and passion, familiar elements that may lay dormant for some. In that way, love is watching the Kraffts in Fire of Love and wanting that same feeling for everyone else in the world.