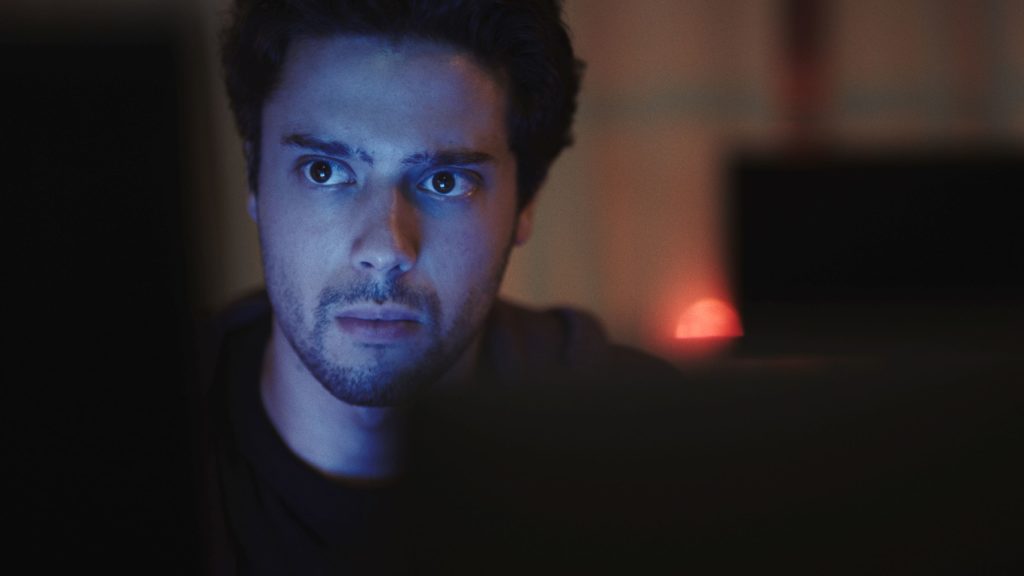 I had an unusual experience as I began watching Christian Nilsson’s Dashcam, a new quarantine-set political conspiracy thriller hitting VOD platforms this week. I believed I had booted up the controversial found footage film Dashcam by filmmaker Rob Savage, which has been called “fucking mad” and premiered at TIFF last month to divisive reactions fueled by its pandemic conspiracy themes. But as I watched Eric Tabach play an exasperated TV news editor sitting in his New York apartment, slowly uncovering an assassination plot on his Macbook, it took me a good 15 minutes to realize this was not a movie about an off-the-rails antivaxxer and that there are, in fact, two different films with the same name rolling out this fall.

I’m bringing this up at the top mostly as a warning for anyone who was hoping to see what the hubbub was over Savage’s wild horror story and instead stumbles upon Nilsson’s film when it becomes available to rent on October 19. Because no one likes to feel cheated. But with that out of the way, and despite my own confusing experience with the movie, Nilsson’s Dashcam actually has plenty to offer on its own.

Set on Halloween night, this Dashcam stars Tabach as Jake, a video editor tasked with piecing together a news segment about the death of the New York attorney general (Larry Fessenden), who was shot and killed by police during a traffic stop where he purportedly pulled a gun on the officer. The peculiar story has sparked conspiracy theories about an assassination plot and a coverup that even Jake’s girlfriend (Giorgia Whigam) have come to believe.

But Jake falls into the rabbit hole himself after the NYPD press office accidentally sends him a confidential folder containing all video, audio, and photo evidence for the case that tells a very different story than the sanitized clip intended for the media. This also makes Jake the target of a mysterious spook who doesn’t want the truth getting out. 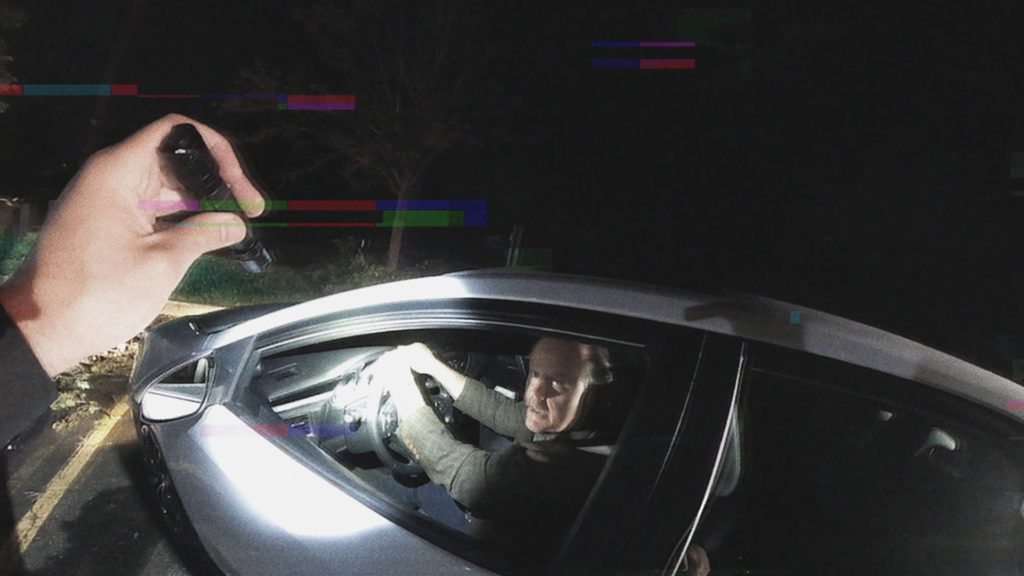 Dashcam is the first feature from Nilsson, who had a brief moment in the headlines last year with his short Unsubscribe, a Zoom horror movie (which also starred Tabach) about a group of YouTubers who are hunted down and killed by an obsessive fan during a live chat. Though it was little seen, Unsubscribe took advantage of last year’s lockdowns to become the number one film at the box office for a single day when Nilsson rented a screen at a New York theater and purchased every ticket. With theaters nationwide shut down, it officially became the highest grossing film in the country for June 10, 2020. Neat trick!

I actually liked Unsubscribe a good deal, much more than I thought I would, though, like the other major Zoom horror film of last year — Host (directed by the other Dashcam’s Rob Savage– huh, weird) — Unsubscribe is a lesser knockoff of the screenshare genre pioneered by Unfriended. But the film succeeded on the strong personalities of its cast, which featured Tabach acting alongside a crew of Gen Z YouTubers, and its ramshackle production exuded D.I.Y. authenticity. For my money it actually topped Host in bringing some fresh energy to format, if only for the collective charisma of its ensemble.

Dashcam is competing with some much tougher influences, however, as Nilsson cited conspiracy classics like Blow-Up, The Conversation, Blow Out, and Klute as his blueprint, and invoking those titans of New Hollywood is inevitably going to make this little indie thriller pale in comparison. Much of the film is set within video editing software, as Jake lines up audio with video, examines alternate angles and uses audio visualization to break down the number of gunshots in the scene. This is a perfectly fine modern update on the plots of those classics, which similarly feature unsuspecting photographers and sound recorders who believe they’ve captured evidence of a murder and need to use all the tools of their trade to deconstruct their respective mediums and solve the crime. Dashcam is quick and punchy, but where it falters is that its use of iMovie is a bit more pedestrian, and the mystery isn’t quite as strong when your inciting incident is your protagonist receiving a folder that may as well be labeled “All The Answers.”

Still, I have a lot of goodwill for Nilsson’s approach here. This is a low, low budget film made in the middle of a pandemic, and it feels like a fine entry into the quarantine cinema canon. Our protagonist is confined to working from home in his studio apartment, only interacting with others through FaceTime and phone calls. No one needs to be told the feelings of isolation are real, and this has fueled widespread paranoia and conspiracy theories. When Jake begins getting calls from sinister men with no caller ID, asking for neat and complete compliance, it’s chilling. So long as you accept it as a small little B-thriller, Dashcam succeeds.

Liked it? Take a second to support Brad Avery on Patreon!