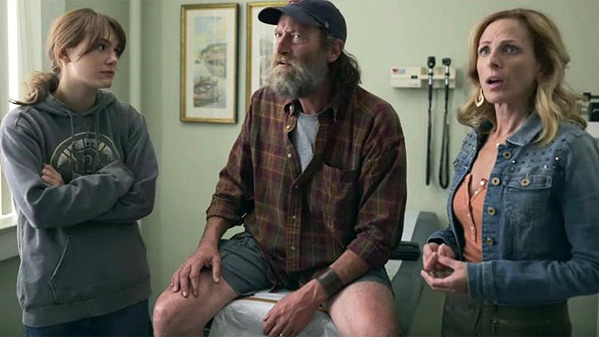 Crying over CODA feels like a significant shift in the wind. I’ve found that there is an unspoken acceptance to cry over Pixar movies well into adulthood (because hello, Coco?? Remember Me, bitches?) but to succumb to the conventional emotional ups and downs of a gee-dee family movie makes me feel so…maternal.  Yet, even as CODA is about a family, limiting it to its genre presentation seems unjust. What is this movie, really? A niche positive tale featuring Deaf actors as the main cast? Perhaps a quiet revival of 2004’s Raise Your Voice, so as to not upset the original fans (Duffinators, rise!)? But in the exciting way that accounts for the record-breaking $25 million deal straight from its Sundance premiere, the traditional tale of CODA has the unexpected outreach to the sullen-humored, the unraveled-family-sensitives, and to those with hearts ready to be filled to the brim with love.

Ruby Rossi (Emilia Jones) is a CODA, or child of Deaf adults. She’s a high school senior residing in the fishing town of Gloucester, MA with her parents Frank and Jackie (Troy Kotsur and Marlee Matlin) and older brother Leo (Daniel Durant). At the crack of dawn, she assists Frank and Leo with their daily fishing excursions, whether it’s the laborious efforts of hauling catches or haggling prices with bulk purchasers. She is ostracized at school; helping her family affects her academics and the way she interacts with her peers (or really, the way that the peers bully her). So it comes as a surprise to everyone, including herself, when she signs up for choir on a (school-crush) whim even though she has never sung in front of others before. At least, not in front of those who can hear.

The winning traits of CODA can be found in the strengthened core of distinct, yet lovable, characters. Marlee Matlin, whose character in The L Word is probably one of the best in that god-forsaken rite-of-passage of a show, has a subdued and humble comedic nature, which could be hard considering that the rest of the main cast have not acted for long and/or won an Academy Award. Kotsur’s Frank will certainly be a crowd favorite, as he performs his jokes with laser-precision on emphasis and timing that many contemporary comedians fall flat in. However, it is Leo, who is abrasive towards Ruby’s guardian-like role, that helps push forward a larger desire that the family is seeking without realizing: the onus of acceptance shouldn’t befall on those who cannot speak, but on those who can learn to listen. 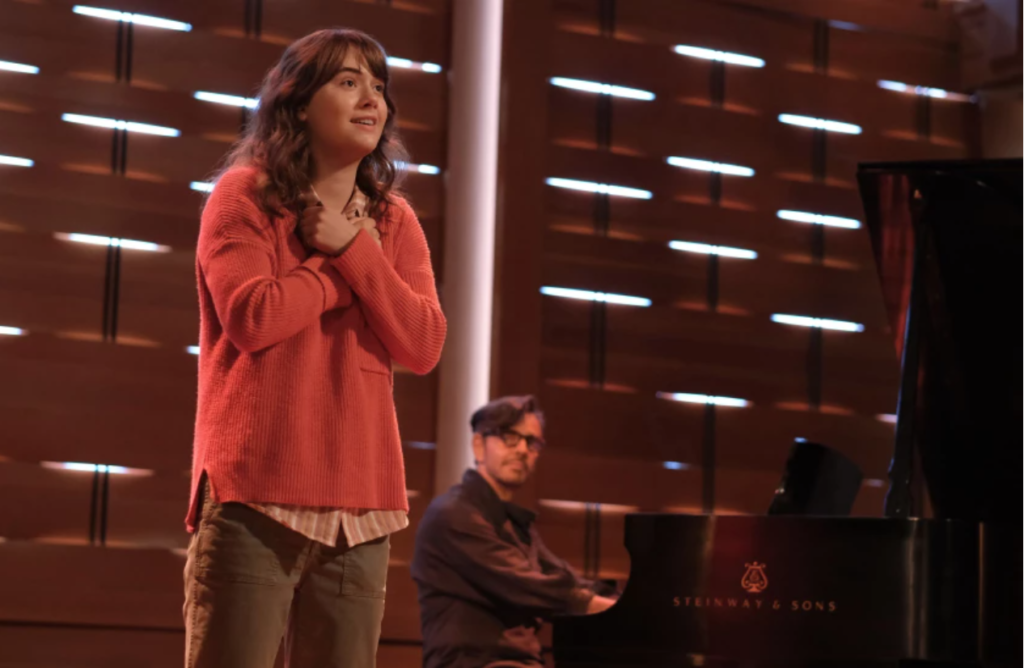 And at last: Ruby, who is at heart a teenager and should be able to make mistakes like one. I’ve read recent discourses about older actors playing teenagers, but when it comes down to it, how many of these actors actually remember what a teenager is supposed to be like? While nailing down both the looks and the idiosyncrasies, Emilia Jones has the unique crossover role of an adolescent who duals as the role of a protector for most of her life. At a doctor’s appointment, she has to tell her parents that they’re unable to have sex because of a shared STI. She has to learn to mince words with older men at the docks because her father and brother are unable to. All the while, she sees the disparaging ways that her family is treated. As Korean-American writer Cathy Park Hong describes in Minor Feelings, watching a parent “being debased like a child is the deepest shame.”

Diving even deeper, Ruby’s displacement between the Deaf community and the hearing world further burrows her struggles as a CODA. This idea was touched upon in Darius Marder’s exceptional Sound of Metal, but Ruby’s direct identity as someone who doesn’t feel accepted in either community shines a light on this intersection. Siân Heder doesn’t specifically map out all issues that CODAs face, but for an acceptable time length, the pace feels pretty decent. The clichés of these cinched circle-of-life-lessons are probably what makes this movie better than what it sounds like it was going to be. In one scene, Ruby’s choir teacher asks her to make the ugliest noise that she can. Knowing from previous hallway taunting that mocks someone’s “deaf voice,” we are startled as much as Ruby is to hear this request. But in order to get to the “not-pretty” voices of the Joni Mitchell variety, Ruby learns how to sing ugly so that she can sing better.

To be honest, I can’t promise that you’ll react with the same level of enjoyment that I did. As a child of non-English-speaking immigrants, I was struck with the familiarity of Ruby’s instinctual need to protect her parents like I or Cathy Park Hong felt (“ so customary that when my mother had any encounter with a white adult, I was always hypervigilant, ready to mediate or pull her away”). On a lighter note, I also grew up with neighbors who were hard-of-hearing and had once listened to Sean Paul’s “Get Busy” every morning during a particular summer, so I felt the child in me smile when Frank says that he loves listening to “gangster rap” to feel his ass vibrate. Perhaps my ass didn’t metaphorically react as vibrantly, but when I watched this with audience members who laughed at an ASL-related joke before it was explained, my heart did buzz.