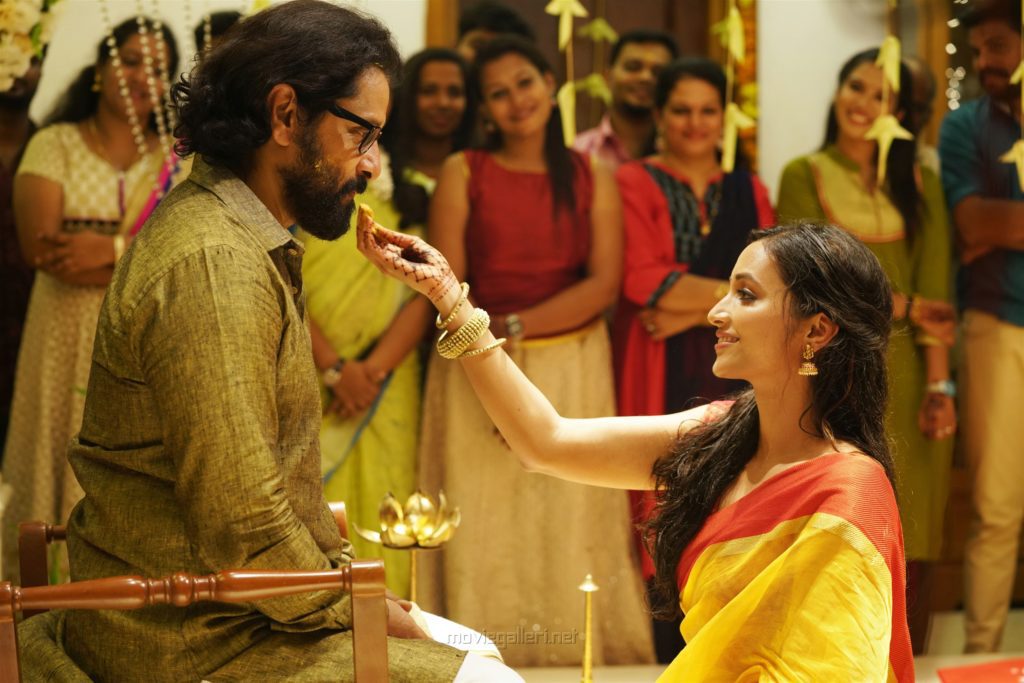 Even with the subtitle to this review, I’m not sure it’s possible to be fully prepared for the sheer number of haphazard and clunky twists in R. Ajay Gnanamuthu’s Cobra, a globe-trotting spy movie about a genius mathematician turned into an unwitting heterodox assassin (Madiazhagan “Madhi,” played by Vikram).

In addition to the Tamil language superstar of Vikram, a computer genius keeps cover under the not-so subtle guise of “Cobra,” trying to alert Interpol of the elusive assassin’s next target. Bhavana Menon (Srinidhi Shetty) and Jennifer Rosario (played by former TikTok star Mirnalini Ravi) both play interchangeable female love interests with very little to do but look pretty. And the cricketer Irfan Pathan makes his cinematic debut as Aslan Yilmaz, a Turkish Interpol agent whose given name means “lion” and whose surname sounds almost identical to “yılmaz,” meaning “indomitable”—do with that what you will…

As a goofier Mission Impossible with less interesting set pieces, the first half of Cobra mostly works. The assassinations all take place here, and bombastic and dumb as they are, they’re still entertaining—especially the final doing of the Scottish prince at his own wedding. Through the rhythmic meandering of the pastor, I was left wondering whether the filmmakers think the high Church of Scotland is interchangeable with the largely Southern Baptist Convention… but I suppose that’s a gripe only people like me will have. More concerning was the lazy writing. The cleric wedding the Scottish royals was not the real cleric—and we are told this vis-à-vis a group of priests (who in no way appeared connected to the Church of Scotland, by the way) who notice the imposter on television… as if the choir, the other church officials, or regular parishioners in attendance wouldn’t have also noticed.

But once the globetrotting stops, so does the fun. Cobra becomes almost impossible to watch in all its carelessness. On several occasions, Gnanamuthu opts for a different and unusual aspect ratio in lower resolution without any apparent artistic purpose. In Michael Bay’s Transformers movies, by contrast, the camera swings back and forth with sickening rapidity between several different aspect ratios; the letterboxing almost swims and sinks on a shot-by-shot basis. Regardless of its artistic success, Bay does so on purpose: he views each shot as an individual piece of visual storytelling that he wants to look as sexy as possible. Sometimes widescreen looks better, sometimes IMAX is best, hell maybe even throw in a 4:3 for fun! He’s a commercial director at heart, after all. That’s not what Gnanamuthu’s up to. The ratio used for a few shots, with no consistent determiner, looked something like 32:9 to my naked eye. If I didn’t know better, I’d say he lost the original footage and had to replace it with backups and intentionally wanted to hide the faces of replacement actors.

I’m hesitant to call any screenplay completely inept, but the second half of Cobra tries really—really—hard to get the admission out of me. Major plot twist after plot twist after tireless plot twist, the plot pushes Vikram out of the way to become the star of the show. And that’s a bummer because he’s a compelling actor with a difficult job, and he approached it with a grace and credibility that the film ultimately doesn’t deserve. By the film’s conclusion, the twists no longer serve the story; the story serves the twists.