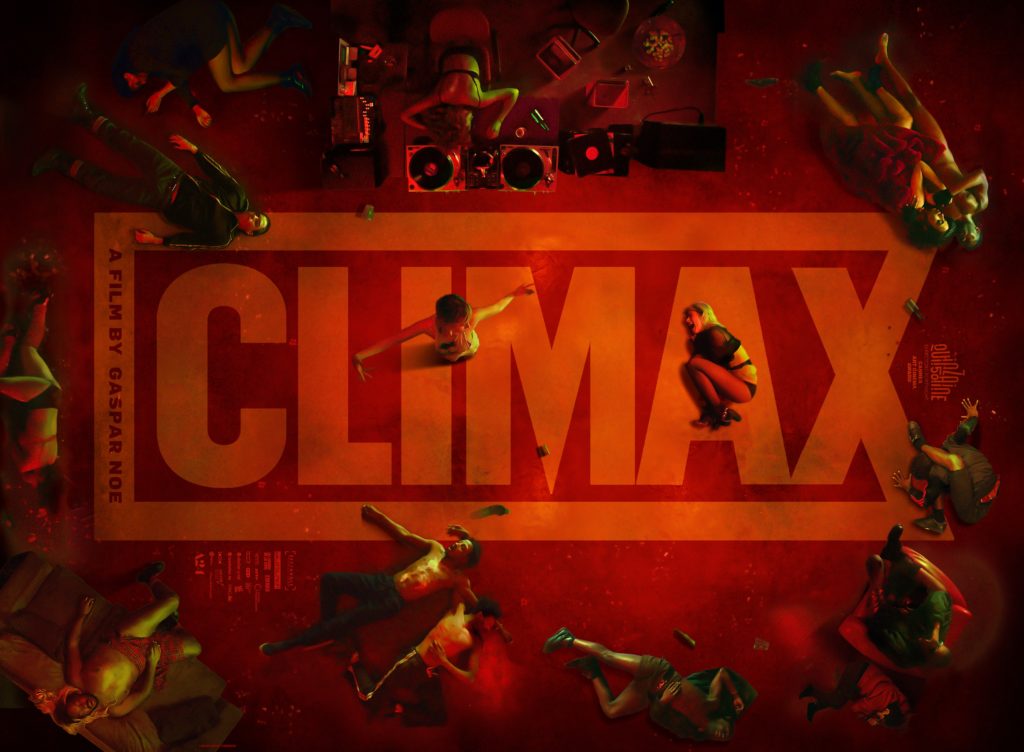 Climax is a movie told in parts—in movements , if you will. The “dance horror” movie, from director Gaspar Noé, begins with rapture and descends step-by-step into unnerving dread.

The story is simple enough. A dance group’s party breaks down into hellish chaos because someone spiked the sangria. It features brilliant choreography and performance, as well as some of the director’s trademark antagonism and his penchant for sloppy political and philosophical subtext. But despite the director’s efforts, Climax becomes something excruciatingly vital, stunning the audience into panic.

The movie feels like a spiritual remake of Dario Argento’s Suspiria, with a touch of Andrzej Żuławski’s Possession thrown in. It’s a nostalgic look back at Noé’s formative interests, which seem to line the old-fashioned television in the introduction, surrounded by books and VHS tapes. Whereas Luca Guadagnino wished to capture the mood he felt from Suspiria watching it as a child, Noé makes something as intrusive and bombastic as Argento’s original dance horror classic.

Frankly, I don’t very much like Gaspar Noé. Most well-known for the rape-revenge-in-reverse story Irréversible and the POV drug trip Enter the Void, he is the type of contrarian director who is upset that only 6 people walked out of a Climax screening instead of 25 (for the record, only 3 walked out of my screening, all about ten minutes before the ending). His transparent desire for discord between his audience and his films typically turns me off to his movies, as well as the clunky way he inserts the philosophical and the political into his works. Enter the Void is flashy but boring, the equivalent of a chat between college-age drug heads who’ve just discovered The Tibetan Book of Living and Dying, while Irréversible is mostly remembered for its told-in-reverse structure and painfully graphic rape scene. Neither goes deep enough into the message it so desperately wants to present. And similarly, in Climax, there are conversations on abortion, perhaps in some attempt at highlighting the characters’ control, or lack of control, over their own bodies? I doubt even Noé knows what he was doing there.

But what proved grating, albeit intentionally grating, in Noé’s prior works, clicks incredibly well with Climax as a whole. It’s a horror movie, after all, a movie in which moviegoers want their fight-or-flight activated, want a touch of the thrill or anxiety or anger that Noé works so hard to ensure. Climax, though, is cleverly structured across a subtle and steady upward line, until it becomes too late and you realize you’ve been clenching your armrests for the past 30 minutes. He tricks you with tedium or amuses you with flashy graphics and several different opening credits paced throughout the opening hour of the movie, until it confidently bursts into a mass of violence and horror and fear.

This structural pacing is matched by the style of the movie, which opens quietly and artfully: a final girl making her exit. It’s almost a trick, as if Noé is thumbing his nose at the “prestige horror” of recent years. After introductions to our characters, an opening dance number is performed entirely in front of a mostly stagnant camera. Noé wants you to be enraptured by these dancers and to understand them through their movements, just as much as through their words. Most importantly, he needs you to know them when they’re most in control. This is of utmost importance, as the chaos and abandon that follow are predicated on their very senses and sensations betraying them. His camerawork is never excessive, sometimes cut in monotonous clips, but more often following the characters in fluid one-shot movement. It’s rather beautiful until its (quite literally) hideous reversal. 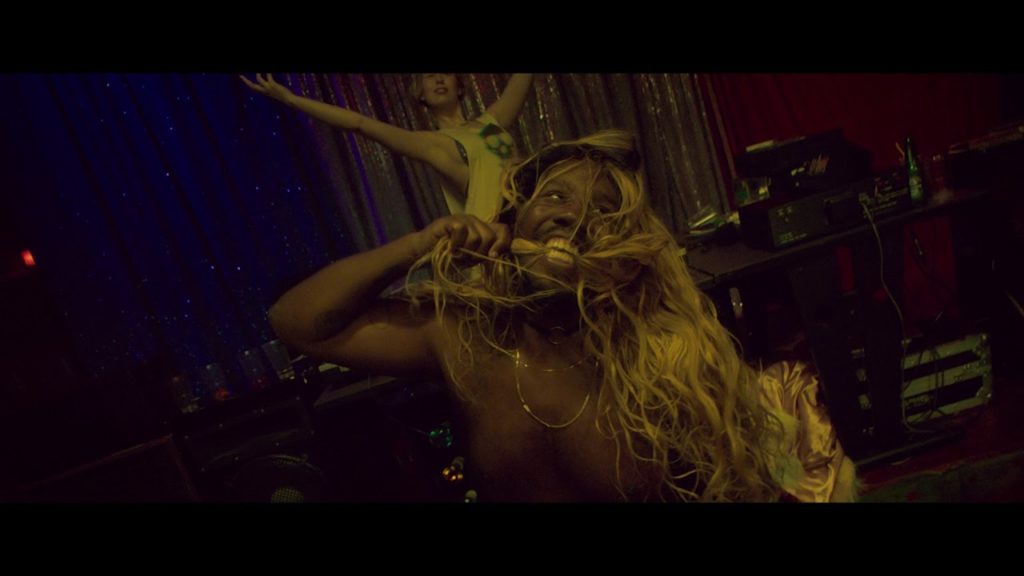 Although there is no central focus in terms of character, Noé’s camera seems most intrigued by Selva, played by Sofia Boutella. Boutella, known for her roles in Kingsmen, Atomic Blonde, and The Mummy, is simply divine in Climax. The movie highlights so much of why she makes herself memorable in even the most shitty of movies (looking specifically at The Mummy, which should have been entirely about Boutella’s Ahmanet, a character whose name I know because Boutella played her). Through both her dancing and her performance, Boutella’s physical movements capture as much of Selva’s interior life as do her facial expressions. Hers is a depth seemingly bottomless, and it all comes to climax in the centerpiece of the film: Noé’s and Boutella’s ode to Isabelle Adjani’s subway breakdown in Possession (another masterful performance in an unsettling horror).

Although Boutella is the movie’s most regular presence, the entire cast proves adept at the rather torturous exercises that Noé puts them through. It’s particularly gruesome considering that he asks these dancers to consider what they would do and how they would feel when their very passion—dance—is perverted into something occult, something disturbing. Kiddy Smile, Thea Carla Schott, Mamadou Bathily, and Alou Sidibe prove particularly impressive in the traverse from passion to terror. 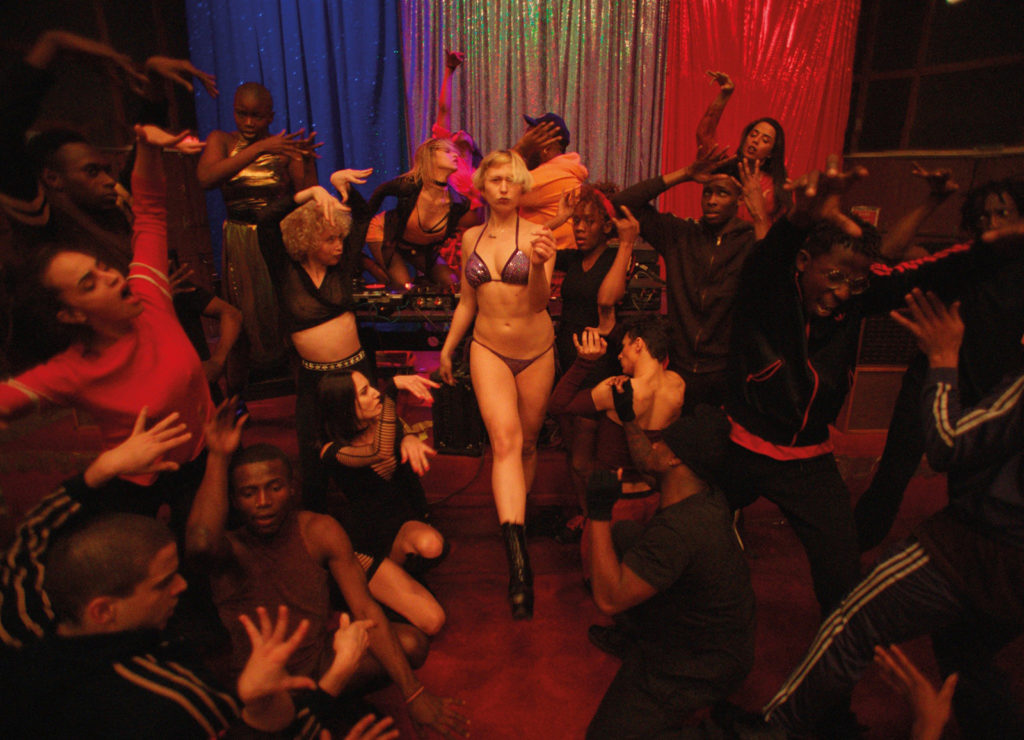 Climax’s journey towards abject horror, although expected as advertised, is still incredibly effective. I cannot recall the last time I felt so tense in a movie theater for such a sustained amount of time. And I can’t help but wonder: does the movie work so well not in spite of the director’s usual animosity, but because of it?

It’s as though Noé stumbled into expert horror craftsmanship because he is so practiced at riling up viewers into a state of panic or frenzy, or even annoyance—the very essence of horror’s purpose. Noé’s attempts at melodrama or romance rubbed me the wrong way, as intended, but with horror, work so impeccably. It’s a little revealing of the director’s ability that he accidentally made an accessible horror movie, and was disappointed that so many people connected with it. But again, regardless of Noé’s opinion, it is a fantastic movie. And as you watch, gleaning Noe’s calculations to antagonize the viewer as much as possible, you find yourself panicked by the horror onscreen regardless.

And perhaps most importantly, and most thoughtfully, Climax proves not fulfilling, but traumatic.