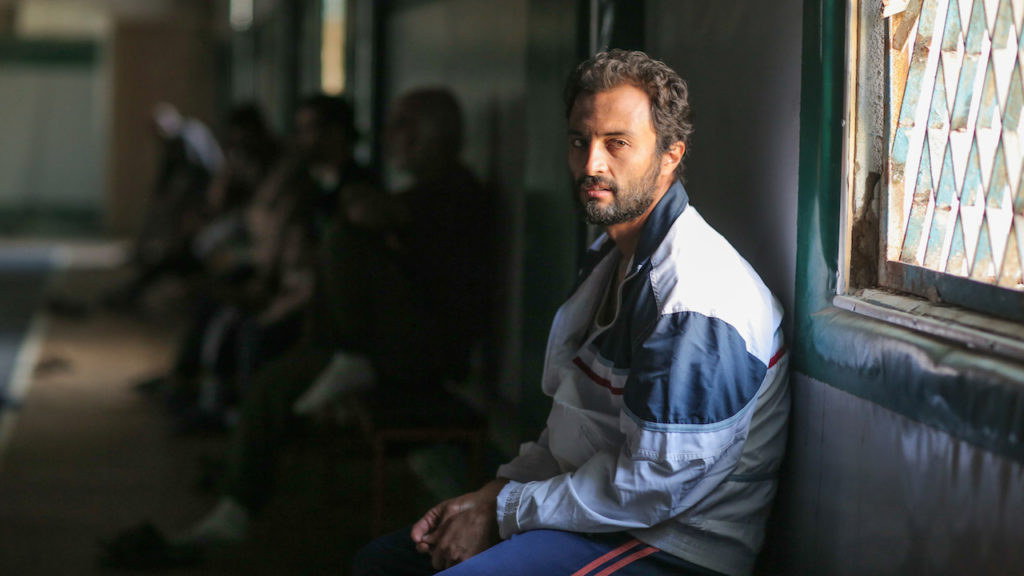 If Twitter contributes nothing else of value to the cultural landscape– and it very well mightn’t– it will have given us the Milkshake Duck. For those not online enough to be familiar with this endlessly useful term, it originates from a post by the venerable Twitter user @PixelatedBoat:

The whole internet loves Milkshake Duck, a lovely duck that drinks milkshakes! *5 seconds later* We regret to inform you the duck is racist

The post itself is obviously a tongue-in-cheek hypothetical, but anyone who’s been anywhere near a computer in the past decade will be able to think of at least a dozen real-life Milkshake Ducks: individuals who gain found-object fame through a heartwarming video or a viral post, only to have their fifteen minutes chime as messy aspects of their  on- or offline lives come to light. The Milkshake Ducks come and go, blipping out of the popular consciousness as soon as their fame-to-infamy cycle completes and the masses move onto the next mallard of the moment. But what becomes of the Ducked? These are, after all, real people, who have to keep on living their real lives even after the rest of us have soured on them?

This concept, more or less, serves as the unlikely foundation for A Hero, the latest humanist drama from Oscar-winning Iranian filmmaker Asghar Farhadi. A Hero is a gripping and deeply compassionate morality tale for the age of social media and accelerated new cycles– albeit not always an easy one to watch. 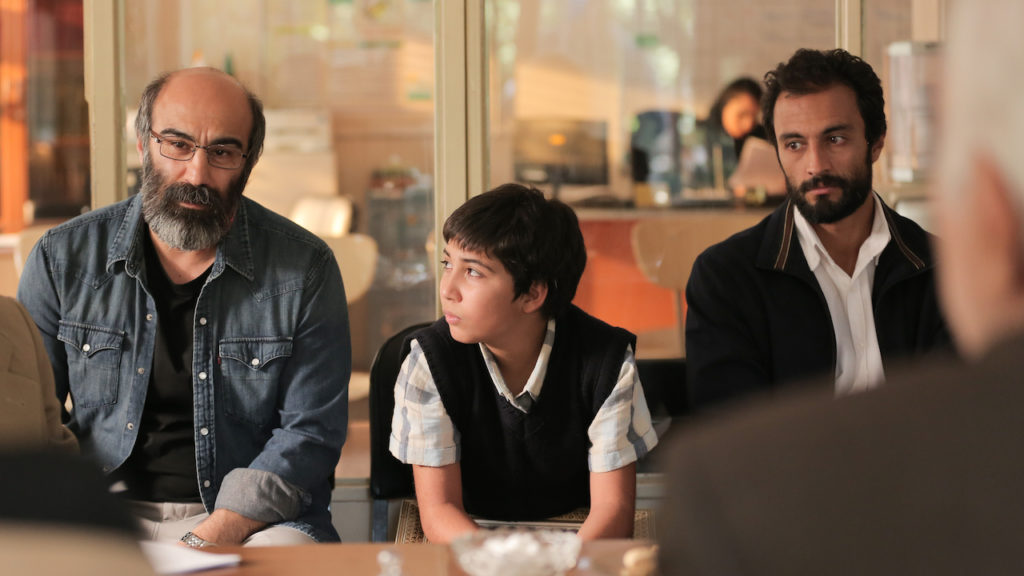 Amir Jadidi plays Rahim, a single father serving a prison sentence after defaulting on a loan from his ex-brother-in-law, Bahram (Mohsen Tanabandeh). While out on leave, Rahim’s girlfriend Farkhondeh (Sahar Goldoust) surprises him with a purse of gold coins she found at a bus stop, in hopes that they might bring in enough money to pay back his debt and release him. However, when they prove to be less valuable than he’d hoped, Rahim instead puts up flyers to reunite the purse with its owner, who quickly responds and gratefully retrieves her coins from Rahim’s sister. Sensing an opportunity for some positive press, Rahim’s warden alerts the local news, and soon Rahim’s selfless deed becomes a local cause celebre. But as Rahim attempts to use this newfound goodwill to regain his freedom, the internet does its thing, and rumors begin to swirl about the veracity of his story. As panic begins to set in, Rahim and his family try to right the ship, but, as we’ve all seen a thousand times by now, there are no winners in the online outrage cycle.

It’s easy to imagine the Hollywood version of this story: either the noble, perhaps wrongly accused protagonist is beset by lies and gossip perpetrated by a heartless villain, or the incorrigible anti-hero plays on gullible human-interest saps for his own selfish ends. The thing about this approach is that it ignores the fact that each viral phenom represents an actual person, and Farhadi is smart enough to realize this. Rahim is a good man– a devoted father and loving partner, imprisoned for a relatively victimless crime– but we also catch glimpses of a bubbling, potentially violent temper. On the flipside, Brahman is clearly kind of a dick, but wouldn’t you be pissed if someone stiffed you $7000?

Then there’s the matter of Rahim’s act itself. He did do a good deed– the coins were returned, and their recipient was truly grateful– but he, his wardens, and the media massage the narrative and smooth out the rough edges– white lies, to be sure, but the kind which are easily unraveled by even cursory detective work. If there’s one thing the public hates more than a complicated narrative, it’s to realize they’ve been duped, and even a relatively innocuous revelation like the fact that Farkhondeh, not Rahim, actually found the coins is enough to turn the tide of public opinion against him. Once even a smidgen of doubt enters the picture, the people who once feted Rahim’s generosity instantly sever ties. If there’s one thing less savory than a milkshake duck, after all, it’s those left holding the bag. 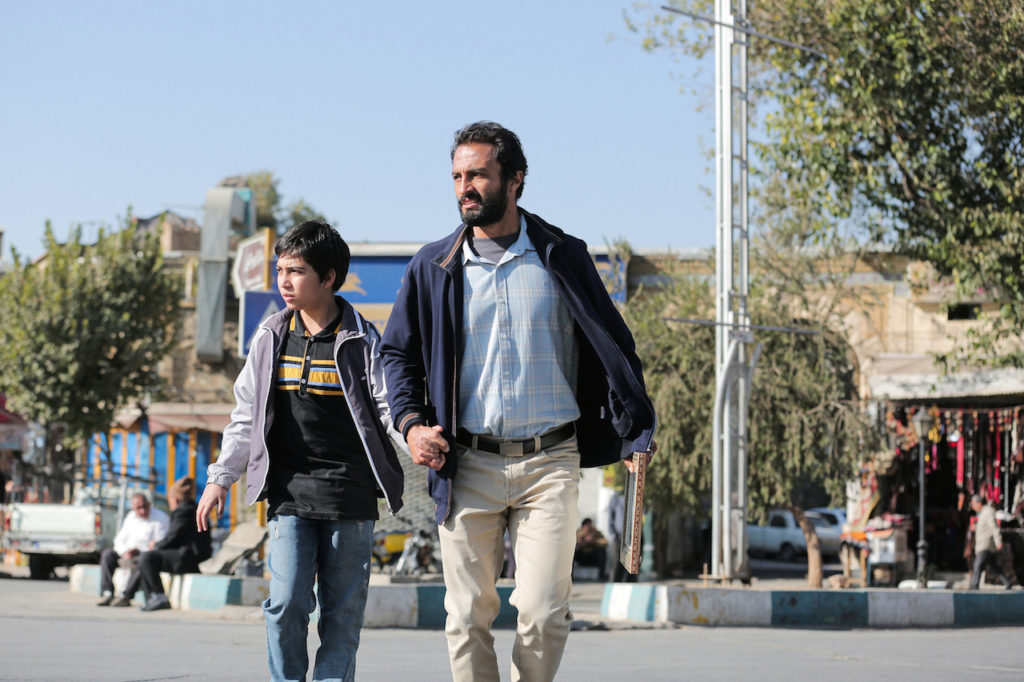 In A Hero, as in real life– which, loath as we are to admit it, includes the internet– there are no easy answers, and Farhadi is too smart and compassionate a filmmaker to give them to us. His film is a tragedy, not in the contemporary misery-porn sense of the word, but in the classical Greek: the story of a flawed protagonist whose undoing is telegraphed from the very start. One is tempted to react as one might while watching a TV sitcom (“Just tell them the truth and everything will be fine!”), but as the story unspools it becomes clear that the various characters’ good and selfish acts are so inextricably entwined that there is no clear-cut exit strategy. As viewers, we demand a tidy narrative, but in the real world all there is is mess.

Yet for all its drama of discomfort and its hero’s downward trajectory, A Hero never quite tips into despair. Much of this is thanks to the understated performance of Jadidi, who plays Rahim with a curious mix of shiftiness and honesty. Even in the worst of times, Jadidi rarely loses his smile– not the plastic smile of a grifter, but a funny little half-smile hanging nervously about his face. Rahim’s grin doesn’t project confidence (and certainly doesn’t inspire it), but it does give him an air of hope-against-hope. Rahim is trying to do his best– for his child, for his partner, for his family’s honor– and even though he probably knows there’s no good way out, he takes it all as well as could be expected. God willing, most of us will never have to experience becoming a Milkshake Duck, but this is perhaps the best means of waddling away (relatively) unscathed.