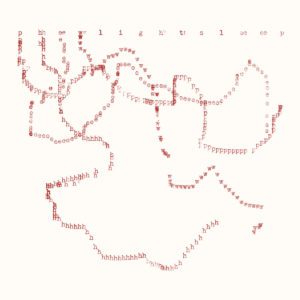 No-wave veteran Phew released her latest album Light Sleep earlier this month on Mesh-Key Records, a small New York label dedicated to Japanese songcraft. Already the collection of six tracks, compiled from recent voice-and-synth solo experiments, is being hailed as a milestone in the 56-year-old musician’s impressive career, and it’s easy to see why. Less a hodgepodge of lost tapes than a bona-fide song cycle, the album serves up a 52-minute feast for the ears. Sensitive vocals, masterful synth play, vivid glimpses of bizarre fictions – from the first track to the last, Light Sleep is like a wild, waking dream.

Several of these tunes channel elements of raga, at least to my ear. With their iridescent cores of filtered overtones, meandering deadpan (Phew’s punk past is unmistakable throughout), and fits of tumbling drums, album bookends “New World” and “Antenna” seem particularly indebted to the Hindustani sound, much to their credit. Even the breathless, double-time fever dream “CQ Tokyo” has shades of meditative inevitability, as sheet-metal peals and overdriven yelps stampede across a barrel-organ ostinato.

Two mid-album tracks stand apart from the rest, as much for the quality of their production as for the way they play together. The first of these, “Mata Aimasho,” is easily my favorite. A seven-minute staring contest with stark, shapeless terror, this cut balances synth work of staggering technical brilliance with barely bitcrushed susurrus, all to chilling effect. When “Usui Kuki” bursts into this space like an uninvited guest, its loping 2-step provides a much-needed comedic foil. Some beautiful music emerges from this surprising turn, with Phew’s dour vocals driving the rhythm to a double-time simmer before she talks things down again.

If you like synthy songs that punch well above their weight, Light Sleep is absolutely worth a listen. Settle in and give it a spin below.