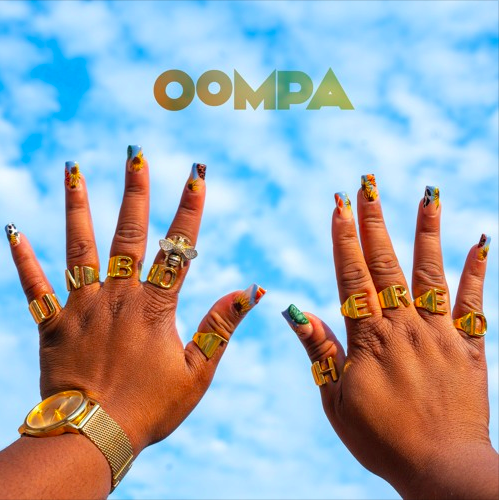 Boston rapper Oompa released her introspective album, Unbothered on October 1, the rapper’s third album that follows Cleo and November 3rd. While Oompa’s 2019 album, Cleo focused on being an outsider and facing obstacles, common themes throughout the album include finding self-worth, focusing on your own success, and brushing off others’ negativity. Oompa vulnerably shows the listener her goals for the album through spoken statements about creating a legacy, not having limitations, and striving to create a better world.

Unbothered begins with “AMEN” a prayerful intro of gratitude with gospel undertones that are reminiscent of Cleo. She still unapologetically acknowledges her desires with the lines, “I want my piece/ I want my space… I want the keys/ I want the lane.” The album continues with the title track, “Unbothered”. In this song about self-care and dignity, Oompa sings memorable lyrics like, “If he treat you less than godly go and get that dog a bone” over simple but upbeat piano chords.

“It Ain’t Safe” shows that Oompa is still mindful of her roots in Roxbury. An ominous organ phrase is repeated throughout the song and the chords never quite resolve, creating uneasiness. Oompa sings about how she’s lost some friends and “can’t let ‘em forget where I’m from.”

Three of the tracks on this album have also been released as singles: “Lebron” “Outta Patience” and “Go”. In “Lebron” Oompa confidently raps about her independence and the trajectory of her career over a booming bass. The catchy hook, “You do what you can/ I do what I want” emphasizes Oompa’s efforts to ignore judgement from others. “Outta Patience” is a hard-hitting energetic track that showcases Oompa’s skills as a rapper. Her disappointments with the industry are made clear in lyrics such as “It’s like they’re happier to see you when you’re struggling with it.” “Go” featuring Dan DeCristofar, highlights Oompa’s soulful vocals. The captivating bass line supports this relaxed, funk-inspired track.

The release of Unbothered was celebrated with a release show at The Paradise in Boston on October 8th. If you missed that, consider buying Unbothered on Apple Music or streaming Unbothered through the American Repertory Theater.