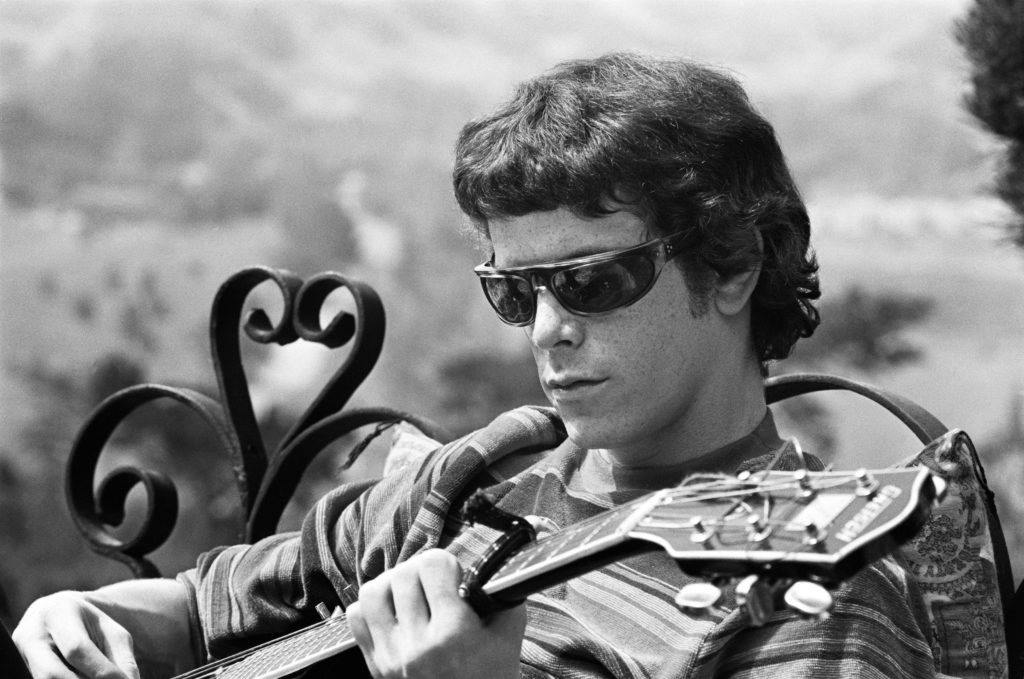 Few bands since the dawn of rock and roll have harnessed the pure, indefinable mystique of the Velvet Underground, and fewer still have managed to hang onto it. Other, more widely heralded groups of the era– your Rolling Stones, your Led Zeppelins, even your beknighted Beatles– have seen their countercultural caches dim over the years, whether through overexposure or dated social stances or endless, overpriced reunion tours. Through it all, the Velvets, and perhaps only the Velvets, have remained perpetually hip. It could be that they looked and sounded so different in the midst of the Age of Aquarius: gaunt, dressed in black, playing cacophonous rockers and droning dirges about rough sex and hard drugs. Or perhaps their lack of chart success fed into their status as a secret handshake among record-collecting hipsters (as acolyte Brian Eno later mused, the first VU album may have only sold 30,000 copies, but each of those buyers went out and started a band). Or maybe it’s just that iconic, Warhol-designed banana record. In any event, the Velvet Underground was no average rock band, and if a movie is to be made about them, it had better be just as unique.

Enter Todd Haynes. A revered indie namecheck himself thanks to his varied, idiosyncratic filmography, Haynes has a unique track record of offbeat variations on the standard musical biopic. With I’m Not There, he deconstructed the traditional Walk the Line-style biopic, fracturing the life of Bob Dylan into six discrete vignettes starring six different actors (most famously Cate Blanchett, who was nominated for an Oscar for her portrayal of the singer’s Don’t Look Back period). His 1998 Velvet Goldmine was a heavily fictionalized fantasia based loosely around the life (or at least the image) of David Bowie, while his breakout 1987 student film Superstar told the tragic life story of Karen Carpenter entirely through Barbie dolls. In some ways, Haynes’ latest foray into rock and roll cinema, simply titled The Velvet Underground, is his most straightforward: it’s an actual documentary, told largely through archival footage and interviews with those who were there. As is fitting for both the band’s and the filmmaker’s pedigree, however, this is no ordinary Behind the Music rock-doc. Rather, it’s a dazzling, cockeyed overview of this unique band, the world they inhabited, and the creative drive to make something that’s never existed before.

For the unfamiliar, the Velvet Underground was formed in the mid ‘60s by Lou Reed, then a young Tin Pan Alley songwriter-for-hire, and John Cale, an avant garde violist-composer studying under La Monte Young. Hitting it off immediately, the two realized they could easily merge their two worlds, pushing rock and pop away from teen-love crooning and closer to the dark experimentalism of the Beat generation. Recruiting mercurial guitarist Sterling Morrison and idiosyncratic drummer Maureen “Moe” Tucker, the two formed a band, and soon fell under the sponsorship of high-art kingpin Andy Warhol. Warhol, of course, sat at the nexus of New York’s cutting edge art scene and the booming world of underground cinema, and the Velvets immediately clicked as the musical corner of this triangle. Paired by Warhol with the mysterious actor-model-chanteuse known as Nico, the group recorded four albums’ worth of left-of-center rock and roll, before this volatile mix of egos, drugs, and conflicting interests doomed them to the Imploding Plastic Inevitable.

Though it nominally follows the traditional rise-and-fall rockumentary template, The Velvet Underground is about much more than the band at its core. The Velvets, after all, were involved with just about all the coolest things happening in the mid to late ‘60s, and precipitated all the coolest things that would happen in the ‘70s and ‘80s. Haynes extensively interviews surviving VU members Cale and Tucker (Reed, who died in 2013, is represented through archival audio clips), but just as prominent are the other luminaries who gathered in their orbit: late underground filmmaker Jonas Mekas, avant garde composers Tony Conrad and Henry Flynt, actress Mary Woronov (who was a fully fledged Warhol superstar before her iconic turns in such Roger Corman classics as Rock & Roll High School and Death Race 2000), and Boston’s own Jonathan Richman, who, as a teenage superfan, saw the Velvets upwards of 70 times. The result is a kaleidoscopic view of one of the most singular artistic and cultural scenes of the past hundred years.

And I do mean kaleidoscopic. Taking a page from Warhol and his fellow underground filmmakers, Haynes makes the unconventional decision to present the majority of the film in splitscreen, with separate (but thematically related) footage unspooling on either side of the screen. The effect is clever and often poignant; as Haynes introduces each band member, we see early home movie footage on one side of the screen, while Warhol’s “screen test” of the subject runs on the other. At times, Haynes goes even further, dividing the screen into a dozen or more separate clips running simultaneously. In doing this, Haynes succeeds in adhering to the traditional rockumentary structure while also turning it on its head. I’ve loved more than my share of rock-docs in my time (including more than one this year alone), but it’s not often you see one that makes your jaw hang open in its innovation.

As a bonus, this splitscreen approach allows Haynes to pack in twice as much footage. I’ve seen a wide range of reactions to the film depending on one’s familiarity with the band going in. If I may put my chips on the table, I spent close to a decade working behind the counter of a used record store, and as such am very familiar with the music and mythology of the Velvet Underground. So it is with some amount of authority that I can say that The Velvet Underground is an absolute goddamn treasure trove of material. There isn’t a whole lot of footage of the Velvet Underground in existence (unlike other bands of the era, they weren’t exactly in American Bandstand’s rolodex), and Haynes compiles just about all of it. But that’s not all: you’ll see Lou Reed’s early doo-wop novelty act, a baby-faced John Cale on I’ve Got a Secret (John’s secret: he’d taken part in an 18-hour performance of Eric Satie’s Vexations), astounding footage from Warhol’s storied “Factory,” and more. There is so much going on, in fact, that you’ll almost certainly need to see it more than once (preferably on a very large screen) just to take it all in.

The Velvet Underground is, of course, first and foremost a film about the Velvet Underground, and in that it succeeds: whether you’re a fan or a novice, you will walk out of the theater knowing more about the band than when you walked in. But beyond that, it does a remarkable job at conveying the feel of the band, in a way that’s difficult to explain. In one memorable bit, Jonathan Richman describes an ineffable sound that would fill the room when the Velvets played, which couldn’t be ascribed to any single instrument on stage. Likewise, there is a magic to The Velvet Underground that feels more than a sum of its (already tremendous) parts, separate from the music and the interviews and the wealth of archival footage. Even if you’re sitting alone in your room listening to your broken Discman, the music of the Velvet Underground has a way of making the listener feel quantifiably cooler, and Haynes manages to sustain that feeling for over two solid hours. Simply put, The Velvet Underground is an all-timer of a music documentary, and one of the best films of the year. And if it inspires even one kid to pick up their first copy of White Light/White Heat, well, that’s one more band we have to look forward to a few years down the road.