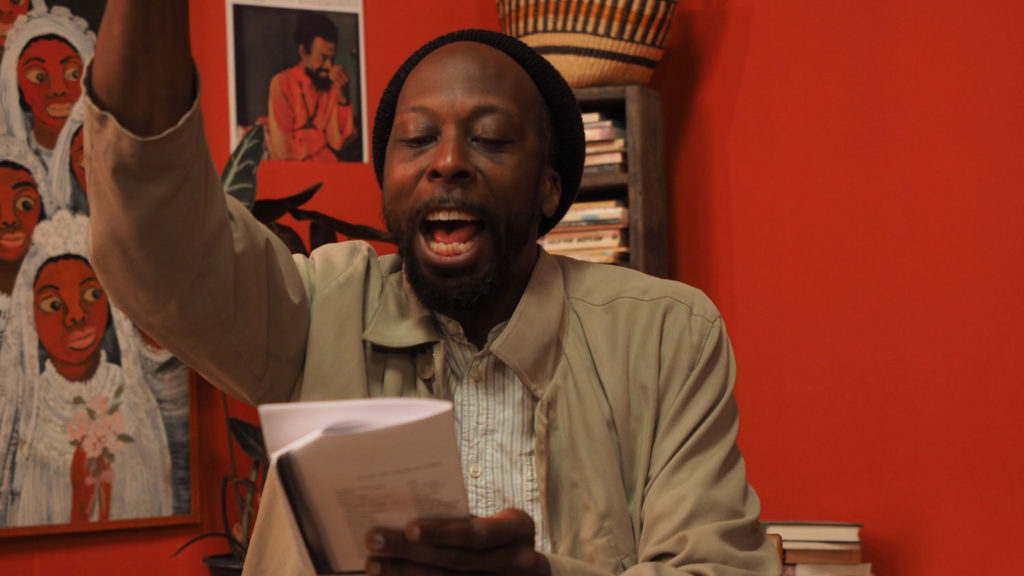 One of the strangest and most agonizing side effects of this year of quarantine is the sudden pangs of intense nostalgia for experiences to which one rarely gave a second thought in the before-times, or at least never thought to put a name to. Of these phantom yearnings, one of the most persistent and indescribable for me is the desire to be in a communal space, worn and perhaps a little dusty, but devoted with 100% earnestness to learning and betterment. I can think of several such places in my immediate sphere: the Harvard Democracy Center; Central Square’s beloved occult bookshop Seven Stars; my every-few-monthly pilgrimages to the Montague Book Mill. On their face, these are very different places, but the tactile pleasures they offer is similar: of being surrounded by dogeared paperbacks, well-loved records, and people who are genuinely happy and excited to be there.

This is the sort of space created by Julian (Eric Lockley) and his partner, Gwen (Nozipho Mclean) in The Inheritance, the opening night selection for the Currents program in this year’s New York Film Festival. Julian has inherited a spacious house in West Philadelphia from his grandmother, and, after clearing out her effects (save for her extensive library of books and records, naturally), the couple decide to turn it into a communal living space. Dubbing their home “The House of Ubuntu,” Julian and Gwen invite an assemblage of their friends and community members to form a utopic, self-contained society. What follows is a largely episodic narrative, alternating between scripted scenes between the characters, musical and spoken word performances, archival clips from jazz legends and pioneering presidential candidate Shirley Chisholm, and documentary-style interviews with local activists and poets.

The Inheritance is not a period piece– its characters are distinctly modern, and their concerns are all too contemporary– but you’d be forgiven for thinking it was set in the 1970s, or even a lost artifact from a groovier era. Part of this, of course, is thanks to its aesthetics and ideals; the House of Ubuntu is painted in deep, vibrant colors, and its residents share values with the activists whose works fill its shelves. But it also extends to its form and feel. The Inheritance has the loose, semi-improvisational film of such great experimental filmmakers as William Greaves. There is a freedom to the film which is rarely seen today; what is even more remarkable is the fact that it never feels like a deliberate, self-conscious throwback. Rather, director Ephraim Asili and his cast appear to simply be coming from a similar headspace as their radical progenitors, and producing a work similarly free of the constraints of convention. 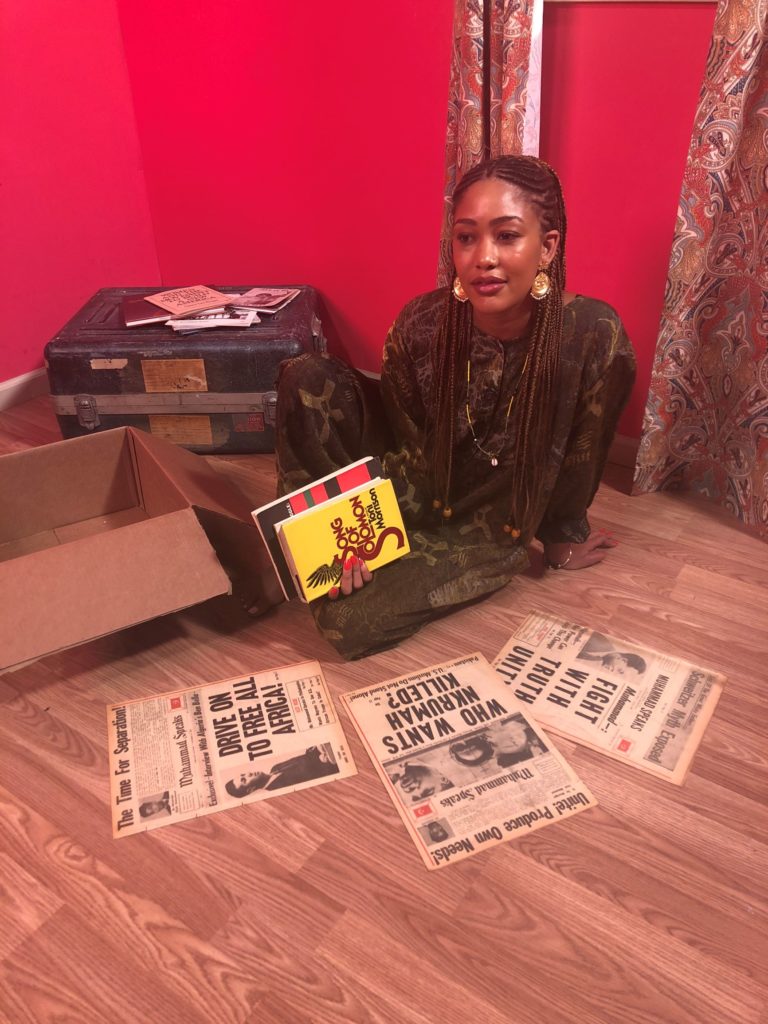 Of course, one way in which The Inheritance clearly is not a relic from a lost, radical era is in its periodic history lessons. In the film’s centerpiece, the House of Ubuntu is visited by three survivors of the MOVE Organization, the legendary Philadelphia Black liberationist group which no doubt serves as a primary influence on Ubuntu. The story of MOVE is sadly underreported and, even more sadly, unsurprising. Founded by John Africa in the early ‘70s as an anarcho-primitivist commune, the organization was the subject of horrific police harassment throughout its existence. In 1978, a police-instigated shootout led to the life imprisonment of nine members (two of the members featured in the film, Michael and Debbie Africa, were part of the MOVE 9; the third, their son Michael Jr., was born in a prison cell). Later, in 1985, the police dropped a bomb from a helicopter onto MOVE headquarters, killing eleven people (including John Africa and five children) and destroying 61 homes. It’s a sobering story rendered all the more relevant today, and a reminder of the unspoken weight being pressed upon these young idealists.

But, crucially, The Inheritance is not a film of Black trauma, but of community and joy. The scripted scenes are light, funny, and endlessly relatable for anyone who’s ever taken part in any sort of artistic community, as the group nitpick over how their house should be run (Is “No shoes” too negative? Would it be more inclusive to declare “We are a shoeless household?”). The characters bicker, but they’re united in their desire to make their space into something special. And special it is: when the housemates come together to jam, or perform a short dramatic scene, or take in a poetry reading from Philadelphia legend Ursula Rucker, it’s clear that the experiment is working. These young people are exactly where they know they need to be. Even in one of the last sequences, which follows Julian sweeping up after a party and talking to a dog (who we haven’t seen before, and may or may not actually live there), we can sense his feeling of accomplishment.

Perhaps no scripted line in the film hit me as hard as the musings of Michael Africa, Jr., as he spoke of reuniting with fellow MOVE members as a young man and beginning to focus on freeing his parents from prison (at which he only finally succeeded last year). Africa had not been involved with the movement since childhood, but as soon as he set foot within the organization’s headquarters he was overcome with “the smell of MOVE,” which let him know, on a sensory level, that he was back home. Watching The Inheritance, I could all but sense the smell of Ubuntu, and I could instantly recall the familiar scents and sensations of my own favorite haunts. The Inheritance would be a lovely film no matter when it saw release, but coming as it does during a time where congregation is impossible, it’s a miracle. It reminds us of the special spaces and communities in our own lives– and, just maybe, supplies us with ideas of how to improve them when we return to them, whenever that may be.

Part of our ongoing coverage of the 58th Annual New York Film Festival– watch this space for further dispatches!