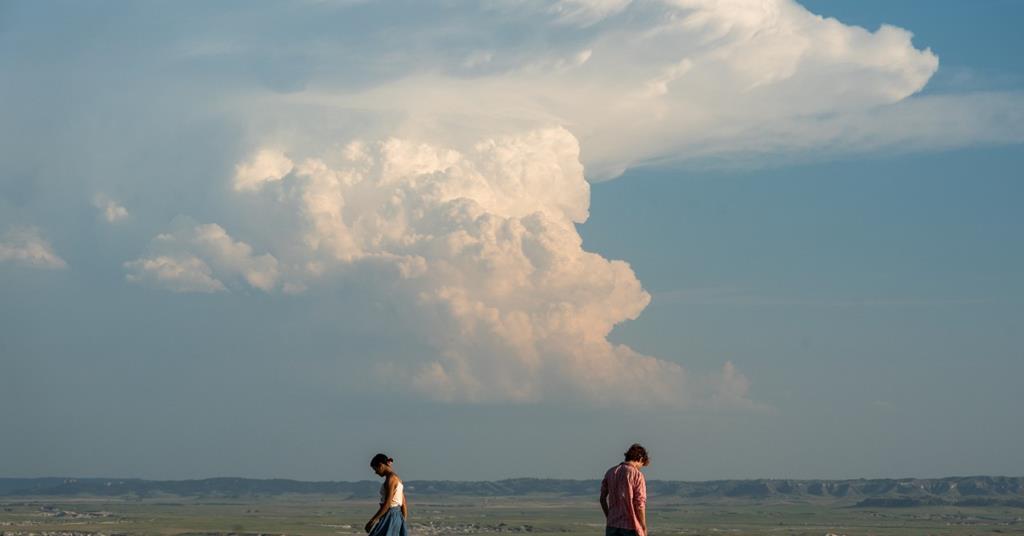 Based on the novel of the same name, director Luca Guadagnino’s Bones and All follows Taylor Russell as Maren. Maren is an “eater”–a cannibal driven to eat human flesh by some vague genetic condition. To understand her condition and learn more about herself, she embarks on a road trip. Essentially, Maren’s story is a road movie, directly influenced by Badlands through a The Texas Chain Saw Massacre filter.

In Bones and All, bodies bleed and stretch in inhuman but effective ways. There’s no shying away from what Maren is and what she does, and in fact it’s front and center to the story onscreen, not merely backdrop. Of course, the cannibalism and Maren’s alienation because of it are simple allegories for the desolation of a daughter abandoned–of children abandoned, of people abandoned–for who they are and the inability of parents or society to take care of them (or take care of themselves). The camera furthers this point rather keenly. There’s a particular focus on desolate places and desolate spaces; empty rooms or full houses at a distance; and the Rorschach test of the American landscape that one can only find on a good old-fashioned road trip.

Of course, a cannibal love story titled Bones and All modeled after Badlands does only have one natural ending, but it doesn’t feel any less earned thanks to excellent work all around. Taylor Russell’s sensitive and brash performance is a star-making turn, and she easily navigates scene work opposite such heavyweights as André Holland, Mark Rylance, Jessica Harper, Chloë Sevigny, and an incredible surprise cameo from an actor whose appearance the audience applauded. And fine, I mentioned everyone else, so: Timothée Chalamet is there and inconsistently great. I’ve yet to encounter another performance from him with the same sensitivity, depth, and nuance as in Call Me By Your Name, but he’s serviceable here, as elsewhere.

Regardless of my thoughts on one Mr. Timothée Chalamet, Bones and All washed over me, tender and delicate, yet far from subtle. I was particularly struck with what feels like a softness from Guadagnino, imbuing a deep sensitivity for the characters on screen, cannibal or not. Along with this sensitivity is a vacillation between bleak nihilism and teenage optimism that feels so true to being a teenager on the precipice of something big, something like being an adult; there’s this underlying navigation of the adults around you, and the mistakes they made or the mistakes foisted onto them, as you create a persona and a life for yourself.

Quite beautifully, and rather surprisingly, the movie is utterly enraptured with how people create something new–good, bad, and in between–from the detritus that they’re left with and the community that they find along the way. Although there is a political bent to the movie– how could there not be while focusing on outsiders on the run in the Reagan Era– but it is ultimately a love story, however unexpected or brutal. Bones and All touches on what love and connection means to people on the outskirts, means to the desperate and the lonely, and how being pushed to the outskirts might warp your understanding of human connection, but not necessarily. Love, like loneliness, can transform us, bones and all, in ways human or monstrous–if there can even be a distinction.

“You wanna be people? Let’s be people.”

“Let’s be them for a little while.”