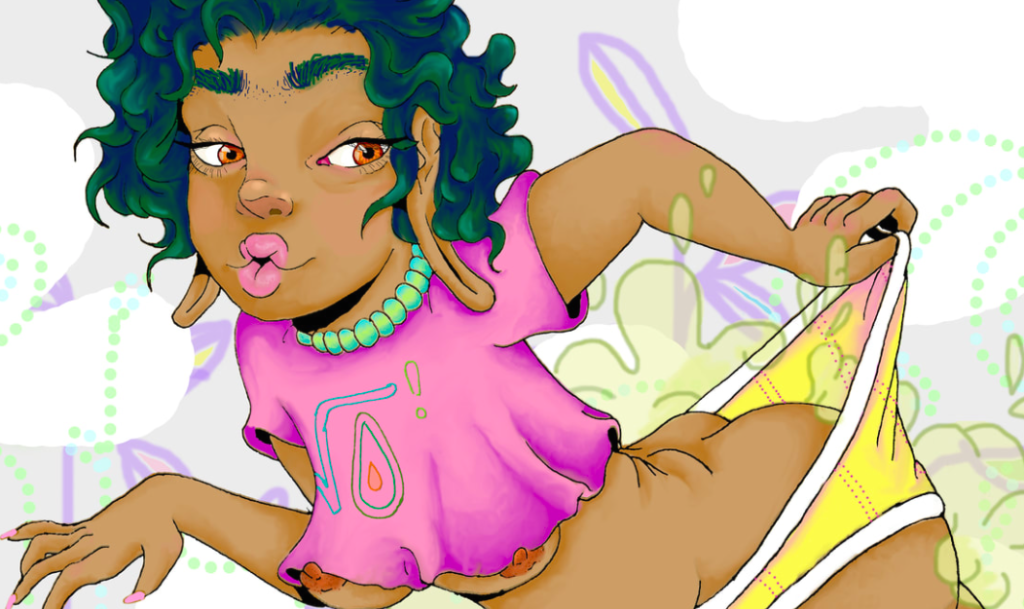 This week, I had the pleasure of talking to 23 year old artist, Rixy Fernandez over the phone. Currently a senior studying studio art at UMass Boston, Rixy specializes in sculptures and murals, typically working on larger-scale pieces. Rixy’s artwork will be featured along with three others in the Dorchester Art Project’s upcoming contemporary street-art show, “Midnight Funk.”

Born in Boston and raised in Las Vegas, Rixy’s initial interest in street art and unconventional style stemmed from the urban-influenced art she grew up around. “Nobody’s making what I wanna see,” said Rixy. The young muralist found motivation to create art of personal-connection after a frustrating discovery that most areas of fine art such as the SoWa district of Boston were catered to the rich, white, and privileged. Also a muralist, Lauren YS, (sometimes known as LOLO) is one of Rixy’s favorite artists. Like Rixy, LOLO meshes her own identity into her fascinating paintings by incorporating her Asian-American heritage. 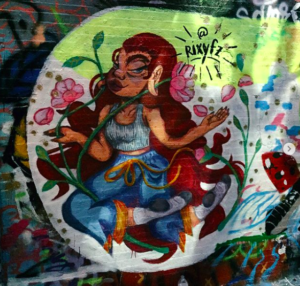 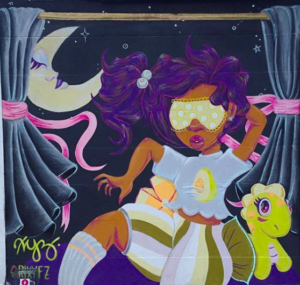 Rixy’s artwork is also influenced greatly by her love of cartoons and POC representation through media. Cartoon-style girls that Rixy referred to as the “fabricated children of mine” are often featured in her colorful murals. Most of the animated characters in her pieces, are depicted with colorful hair, bright clothing, and curvy, beautiful figures. “I’ve always been obsessed with cartoons,” said Rixy, who was admittedly watching old disney movies while we chatted.

Children hold a special place in Rixy’s heart as she teaches art to the local youth for an elective and hopes to continue to do so in her future. “I’m not a fan of how people teach art,” said Rixy who has plans to one day change the way children explore and learn art through creative teaching styles. 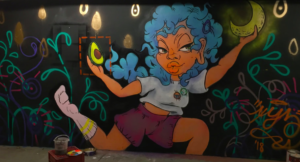 The upcoming Dorchester Art Project show is one of Rixy’s biggest exhibits thus far, featuring some of the most work she’s had on display before. “We’re all really excited for the show, we’ve done things together, but we’re also very different.” Aside from “Midnight Funk,” Rixy is currently working on an “interactive tent installation,” through UMass. Although the hard work of large scale installations are “mentally and physically draining,” Rixy prefers bigger pieces, believing they each have their “own energy and personal connection.”

Be sure to come out and see some of Rixy’s one of a kind murals on display at “Midnight Funk,” from October 8th to the 31st or check out some of her stuff from her website https://rixyfz.weebly.com and Instagram @rixyfz !

Hope springs eternal from the next generation of Boston hip hop artists.  Between his summer release of the nostalgia-fueled rap EP, Camp…