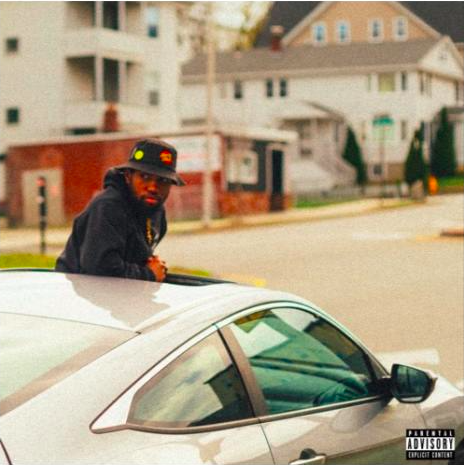 When Brockton artist Meech unveiled a short trailer for his new EP I’ll Be Back Soon, I Promise on May 16, there was a sense of quiet unrest in the air in both the video and the community outside YouTube’s algorithm. It was around a week before George Floyd was sadistically murdered by four Minneapolis police officers, and the only thing on many people’s mind was a proper re-opening plan for a country that clearly wasn’t ready to reopen in the midst of COVID-19.

Humanity has made the gravest mistake imaginable thinking that this is month six of hell. For many who aren’t a white straight male, this is year 2020 of hell. We’re stuck in a police state where law enforcement’s budget is higher than human health services (this applies to everywhere outside of Boston too); where paramilitary force is the answer for peaceful protests; where our slime ball of a president believes health care should apply to a select few.

African Americans continue to be disproportionately beaten, killed, and thrown in jail even as most protesters do nothing more than kneel with their hands up. And what’s Marty Walsh’s answer? Reallocate less than 3% of the 2021 police budget to community centers that “will help with inequality?” Please. This is nothing more than some lame performative gesture that will be ineffective from the get-go. It’s the equivalent of placing a band-aid on a cut that was never fully cleaned out.

The same story riddles the rest of America. Meech’s home of Brockton-which is 25 miles outside of Boston-has faced their own battles of discrimination and gentrification for years. The city witnessed two straight beautiful nights of protest that were rarely reported because mainstream news continues to show bias. They’re not showing the strong women participating in a community-wide cleanup event; or the fact that 40% of Brockton’s population is Black and yet the majority of the city’s leadership is white. All six of the police department’s captains are white. There’s very little representation in a city that prides itself as a majority-minority community. It’s a disturbingly familiar narrative for a lot of cities of this stature. To make matters worse, Brockton carries the second most COVID-19 cases in the state-a testament to how the virus has affected African American communities much worse.

To combat these cyclical problems, Brockton’s individual morale stays high thanks to a family-like camaraderie found throughout their culture. At the forefront of this movement is Van Buren Records, a label that’s impressed me time and time again. Meech is the semi-baritone virtuoso who glides across sea foam production with the smoothness of a caramel-drenched apple.

His voice fractures as each song progresses, a style that showcases his ability to get in pocket as quickly as possible. Take the intro to I’ll Be Back (cue Arnold’s voice) as a perfect example of his headfirst approach to rapping. Meech and Luke Bar$ go bar-for-bar in a classic boom-bap extravaganza with vivacious drums that Premier would be proud of. Meech starts in his natural low tone but by the time the distant police sirens come in, he’s almost on the verge of actual blood, sweat and tears (“Came from poverty stains/We’ve been breaking to change/We’ve been changing the game/We’ve been killing them lames”). The final leg of “Lost Innocence” fully encapsulates the years of hunger and pain found within Brockton. There’s still work to be done, but the future looks brighter than ever before.

You could tell Meech had a lot of fun recording this, and based on the EP’s title, this appears to be an appetizer for a bigger project in the coming months. “Thief” is breezy complacency at its finest as Meech hits Earth with a high-pitched crackle that Bar$ himself loves experimenting with. The spacey trap beat transitions from nocturnal banger to syrupy goop by the end of it all.

The pinnacle of this internal celebration lies within the closer ‘All Night,” an Afro dancehall hip-shaker that’s normally found in a lot of Van Buren cuts. It’s basically the antithesis to this catastrophe we find ourselves a part of. In a perfect world, this would’ve been the song for a hopeful summer. In a perfect world, Meech could walk outside with his bucket hat and Supreme backpack without worrying about getting stopped by the crooked bandits. 2020 should be the last straw, not the first realization. Keep fighting, and fuck the police.

If the world ever needs a musical alternative to blood-doping, Kuebiko has it covered. On their new project, 4 Minute Warning,…