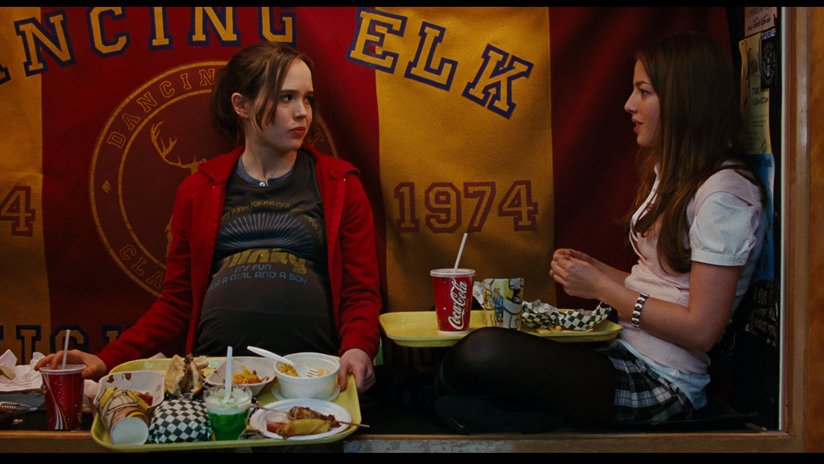 Kicking off the Brattle’s series “Heroic!: Women Who Inspire,” is Juno, 2007’s instant indie classic about the wittiest high schooler you’ve ever met who also happens to be pregnant. From the very first scene, we learn that Juno, portrayed by the iconic Ellen Page, is a character with agency. For better or for worse, sex with Paulie Bleeker (Michael Cera at his cutest) was Juno’s idea. Although the film may have you believe it started with a chair, we later learn it started with making out instead of watching the Blair Witch Project—or maybe even earlier, in Spanish class, over a passed postcard. But no matter how it started, Juno decided she wanted to hump Bleeker’s bony bod, and so, like a true sex positive feminist icon (maybe a stretch, but let me have this), she made it happen.

Unfortunately, being sexually active (ugh) can sometimes lead to pregnancy, which can, on occasion, lead to an infant. After drinking a ton of Sunny D and pissing on a stick, Juno sees that unholy little plus sign that means she’s pregnant. While some pregnancy narratives would then cut to the female protagonist tearfully begging her impregnator to make an honest woman of her, Juno subverts our expectations (just one of many times) by calling her best friend Leah (Olivia Thirlby) first. Leah is on top of it, rattling off the names of two abortion clinics like a total pro. Although Juno ultimately opts out of getting her abortion (in an awkward scene with what seems to be a casually racist Asian caricature), it’s at least nice to see abortion discussed in matter-of-fact terms as the first option for a pregnant teen. 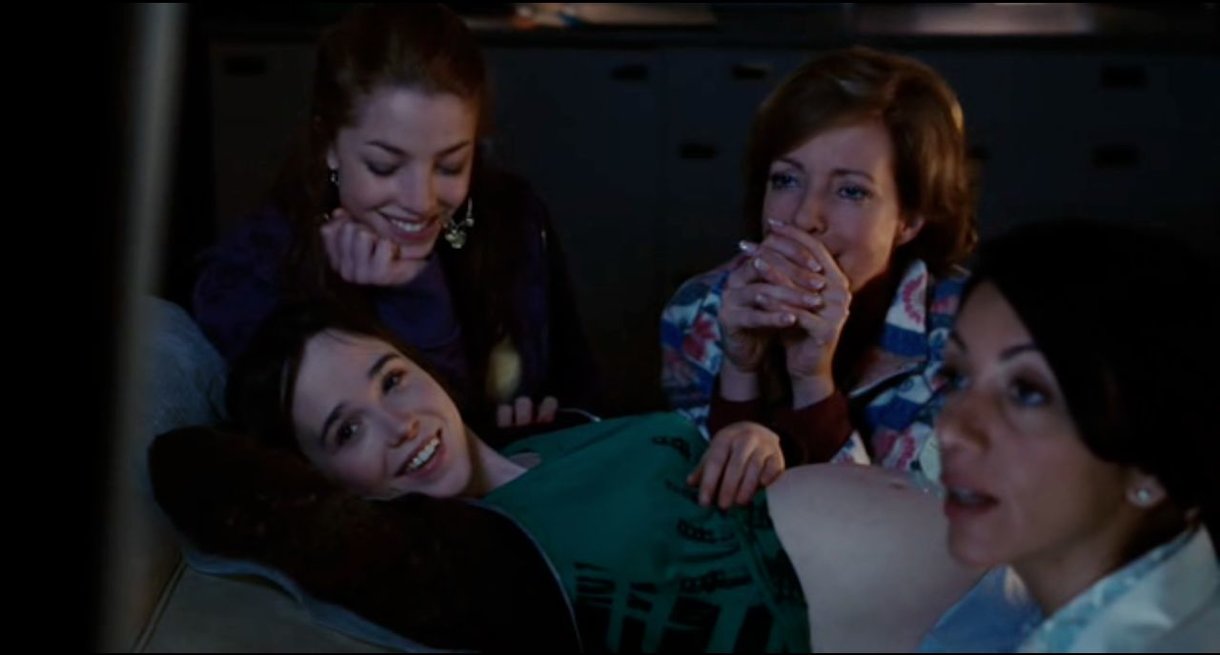 Juno’s run-in with her anti-choice classmate sets off a life-altering chain of events. Juno discusses her other options with Leah, opting to give her baby up for adoption, tells her dad (J.K. Simmons) and step-mom (Allison Janney) about her pregnancy and her decision to stay pregnant, and meets her baby’s prospective parents, the Lorings (Jennifer Garner and Jason Bateman) for the first time. Paulie Bleeker is remarkably uninvolved in all of this, but mainly because it seems like Juno doesn’t want him to be and he respects her boundaries. What a guy!

For anyone who has seen Juno, the plot is secondary to the terrific dialogue—so terrific, in fact, that Diablo Cody won an Oscar for her first screenplay—but there’s much more to this film than some quirky quips (but don’t get me wrong, I’m here for those too). Pregnancy can be a confusing time for anyone, especially when you have to navigate high school while undergoing ultrasounds and negotiating the weird dynamics of an unhealthy yuppie marriage. The once-certain Juno who knew she wanted to ride Paulie Bleeker’s pork sword, despite how often the other characters in the film called his masculinity into question, stubbornly enters a space of uncertainty. And there to prey on her uncertainty is Mark Loring: mega creep. Although he may initially come across as kind of a rad older dude who sings Hole songs and watches slasher flicks, it becomes clear he craves the attention of alt chicks like Juno to make him feel like the rock star he wishes he could be. Even if said alt chicks are sixteen and pregnant with his future baby. 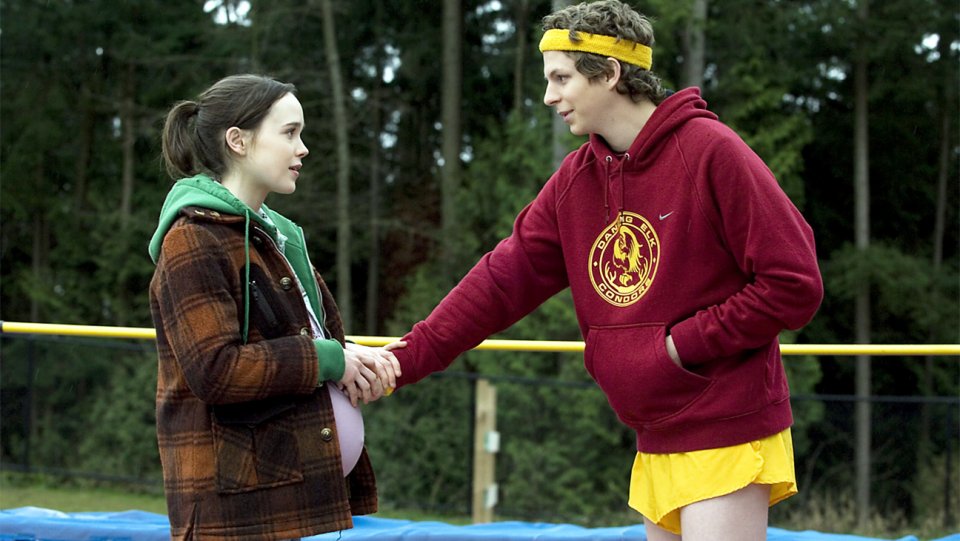 Juno uses her visits to the Loring household as an escape—an escape from the constant scrutiny and judgment of her peers, her well-intentioned middle class family, and the smitten father of her unborn child. But, like most escapes, it’s temporary at best, and Juno must eventually face the people and realities she’s been avoiding.

In the most adorable dad scene of all time (despite a bit of unnecessary slut shaming), Juno learns that to love is to take the good with the bad, and with that realization she’s launched into a world of Paulie Bleeker bliss. But let’s not forget all the inspiring women who made this film a masterpiece: the PennySaver-savvy Leah, who supports Juno every step of the way; the badass Brenda, who defends her step-daughter against a judgmental ultrasound technician; and the maternal goddess Vanessa, who’s afraid to go parenthood alone, but does it anyway. Also, the abortion clinic employee and her boysenberry condoms. Practice safe sex, kids!