Jim Leonard is a musician and visual designer who currently resides on Winter Hill in Somerville. At the dawn of every new year Jim cracks the cosmic egg on the skull of father time and unleashes a dank omelet of unholy text otherwise known as his Boston Hassle year ender. Below is the manuscript from that fabled event.

2018. What can I say man? We all know it’s a nightmare inducing hellscape out there but let’s focus on the good stuff, shall we? 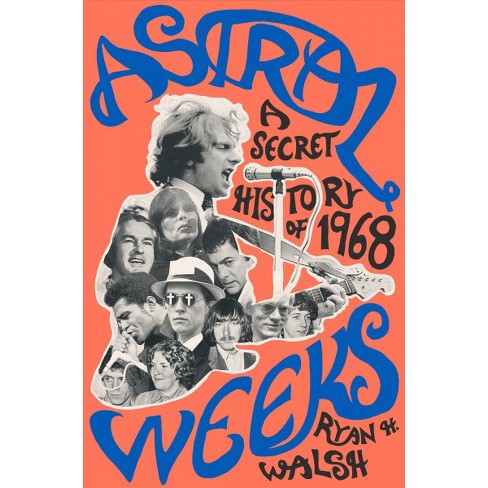 The first book from Massachusetts native Ryan Walsh (of the band Hallelujah the Hills) traces the story of Van Morrison’s time spent in Cambridgeport after fleeing New York City. During this time Morrison penned numerous songs from his seminal album Astral Weeks and developed his signature sound with a number of Boston musicians by his side. The book recounts this time while connecting parallel narratives unfolding around Boston at the same time such as the Mel Lyman Fort Hill cult, James Brown’s fabled performance at the Boston Garden, and The Velvet Underground’s 60+ appearances in the city and their connection to Jonathan Richman. Highly recommended for anyone interested in Local and or rock and roll history.

I’m going to start the local music list off with a triple play from Erased! Tapes who are putting out some of the most interesting music in the city right now in my humble opinion. check out the rest of the catalog too

World Cup takes a quantum leap on this one. Mind-boggling midi orchestra masterpiece for your ears.

Next up is a two-fer both featuring vocalist Carrie Furniss. The first is Dressage’s new album “Take Me Home”. Recorded by whiz-kid Spenser Gralla in Southie, this blew me away on my first listen. Incredible performance from all members… Like a space-age spaghetti western.

Part two is Carrie’s collaboration with drummer and all around sweet boy Travis Hagan as the duo PLEASER. Abound with autotune, this thing is going straight to MTV baby

S the Supplicant, the new project from Sally Horowitz (formerly of MA now in NYC) finds the singer embodying the character of a AI disco singer. Trapped in an endless loop of performance in the dystopian future city of Mechanicalville, the supplicant struggles with coming to terms with her own existence. Don’t let this heady conceptualism scare you though, this stuff grooves.

S The Supplicant – Sex in Mechanicalville

Boston Cream has been steadily ripping shows across the city for the past year. Catch em live if you can.

Ben Ford Rector writes some truly powerful and witty songs. The live band that came together this year to back him up is amazing and they get extra points for covering creedence on Halloween this year.

New Aura put out two heady EP’s of raw psych stew this year. give it a whirl

I also released a record so here is a SHAMELESS PLUG

Finally, we lost a lot of good ones this year R.I.P

JOSEPH MAUS (Brother of John Maus and bassist in his band)