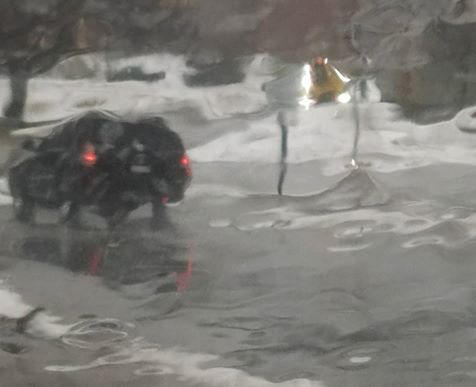 Jeff Gallagher fka alto jeffro. I run a small recycled cassette label ticked off tapes (you can mailorder 6 tapes + art zine for 25 bucks), currently play in Bridge of Flowers, spiritual claymation, and I record solo music under various monikers. I have p terrible anxiety about driving too far because of a terrible car accident I got in a few years ago. So these are my fav bands (in my limited scope) that i got to catch a live set by or played on a bill with, in no particular order.

Viewer is a supergroup of sorts comprised of members of bunwinkies (Shannon and Beverly), Willie Gussin and Jen Gelineau (egg eggs) congrats on the baby! .. and Ted Lee (feeding tube records). This was my fav viewer set I’ve seen. It had super chill psychedelic vibes musically with Beverly reciting beautiful poetry on top. The band really played magnificently, I felt like I was wrapped up under the covers of something plush and soft and sweet whispering in my ear. beautiful set.

I had the absolute pleasure of doing a few different drives (we listened to the cars) and shows with lauri mc this year. lauri is hilarious and has the best between song banter game ive seen since that last frank hurricane set i caught. lauri’s music is honest, endearing, vunerable, hilarious and tragic somehow all at the same time. i find a lot of solace in her demented love songs, so honest it hurts, laugh til u cry, love lauri mac!!!!!! get educated if u dont know. strongly urge you to book lauri too.

First of all thank you to whomever runs the bean counter and lets freaks come in and play noise at nighttime (drove away at least 5 customers) ….corpse fucker ws everything i had hoped it would be and more. terrifying musical backdrops, while donned in norwegian black metal face paint paces and mutters to himself, i really felt like i was back in a mental hospital or was i hearing the voices that drive me to a mental hospital? either way between them stabbing a baby doll, eating and smearing fake poop everywhere and literally wondering if my friend was gonna get murdered, corpsefucker blew my mind.

I had spoke on the phone to Kath a few times (after forging a friendship of sorts thru messenger) with hopes to put out some archival material on ticked off tapes. Kath is the brightest light in any room she occupies. Her set for me was life affirming and gave me feels like when i saw Daniel Johnston in Boston that one time and cried thru most of his set. She played “bubble bath” which was absolutely beautiful and she has a great lead player in Dave. Even though Kath is getting a bit more exposure, i feel like she may be the most underrated singer/songwriter of all time. Dig deep w Kath. She’s a bottomless well of genius and purity.

My band Bridge of Flowers got so lucky in getting to play at stone church, not only that its a beautiful venue and it feels nice to drink beer in a church, we got to open for mr red hash himself GARY HIGGINS (DRAG CITY ) and allysen callery who is one of the most talented singer songwriters i can think of.

Her haunting folk songs cut deep and stick in yr head. Perfect vibes. I got to see Josh Burkett (Mystery Train Records) play a set with troy curry (idea intermedia) that was truly bizarro. Troy laid on his belly and did breathing exercises while Josh Burkett picked away sweet melodies on the gtr. It was truly strange and beautiful and weird. God damn wish we had the soundboard of that set in particular.

…. This set was a room clearer, i thought it was loud but i didntt realize people were so afraid of guitars in 2018. Tonal wash, distortion tuxedo, indie rock thru a waterhose, tonally reminded of the misfits but it shouldnt have, love pat cole (united waters) and Dave Perret, supremely chill, look out for their tape poppin on ticked off tapes in 2019………..

This may easily be one of the most under appreciated in western ma. This set was magic and reminded me of Warren Zevon playing at the the “peach pit”…. Bryan Gillig (flaming dragons of middle earth) is a musical force and his loveable band of freaks are the perfect players, this music is perfect.

……I wont even try to describe Crank; if you dont know who he his by now, but i strongly urge you to watch as many of his live sets on youtube. This set was something special, like Mr. Bean holding a tape measurer with a contact mic attached, pinging and clanging sounds, cascading feedback loop, mindfuckery, smashed my skull in with a fkn clown hammer, miss you crank.

This set to me in 2018 felt probably a lot like what seeing the talking heads were like in ’77 or ’83 or maybe some hybrid. No wave, yet somehow jazz. unspooling yet composed, these kids went to music school and got their moneys worth. Creative as fuck, free as fuck, huge fan. 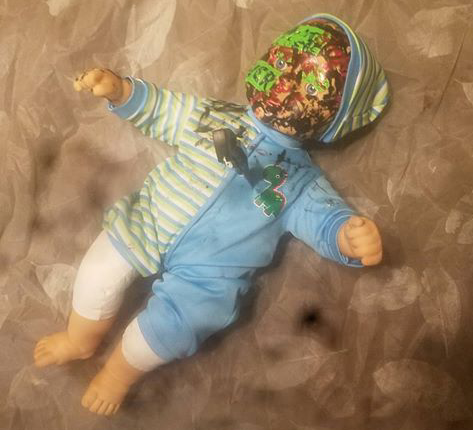