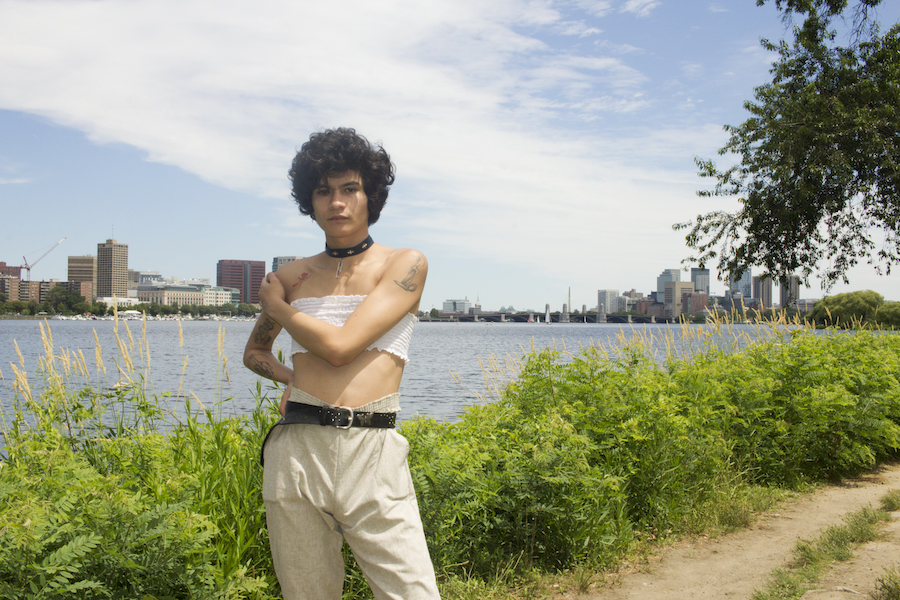 LUNAMARIPOSA is one of the most important musicians working on the Boston scene right now. From their new and amazing EP, INVOCACIÓN to their poignant social standing as a show organizer, vocal arts equity champion and working musician, LUNAMARIPOSA is working to touch every corner of the Greater Boston Area and beyond. This Friday, July 12th, they come to Downtown Boston to Hojoko to take the stage for BMA X Boston Hassle’s show Off The Record.

We caught up via phone to talk about the upcoming show, how they ended up in Boston and what they currently think of our fair city. Want more? Be sure to get to the gig Friday, or if you cannot make it then, keep your eyes peeled for them on upcoming bills and dance parties around Boston and beyond.

Boston Hassle: What music artists have you been listening to recently? Any local acts you want to shout-out?

LUNAMARIPOSA: I’ve been listening to a lot of different things but DJ Haram has been on repeat. She recently released her second EP titled “Grace” this past Friday the 5th. Haram is insanely talented and her art pays a lot of homage to her heritage and spirituality, which I find extremely inspirational. She’s been one of my favorites since I first took a listen to her debut track “Birds of Paradise“ that she released when Discwoman announced her inclusion to their roster.

As for someone who is local that I’d love to give a shout out to, there’s so many, but right now, Mick Beth is popping off and I just want to see them growing and going further with their music career. Everything they have put out has been super impactful and relatable. Mick Beth definitely influences me to put in my personal experiences into music and convert them without fear of judgment or being “ too revealing “ about my experiences.

BH: That’s sick, I’ve been seeing them around the scene, I’ve never listened to their music so I’m definitely going to do that.

I’m a fan of their older stuff too, the work they put in really shows you the progress that has happened since their start, Mick has this one song which really stuck out with me when I first saw them perform maybe like 2 years ago?

I actually put it in a mix for Haram’s Rage Radio on Rinse FM that aired on Christmas last year, its called Tulips, it starts off with a really nice acoustic and Mick’s voice just rolls in, very smoothly – I had to incorporate it into a mix.

BH: As you know, I really enjoyed your latest EP release. Why call it INVOCACIÓN?

LUNAMARIPOSA: Thank you Chris!! So Invocación translates from Spanish to “Invocation.”

There was never a solid concept from the beginning, but when all the material was done I felt like I was subconsciously creating something connected to my spirituality and my physical surroundings. I never made these tracks with the consciousness of anything in particular but more or less was being influenced by things that were brought up to my attention by faith/chance,

For example, Coraje de Sirena was influenced by my placement in the Seaport District last year during Summer for work, it was close by the ocean, which was very comforting but to some extent had me feeling shallow. The song embodied, sonically, the courage I would build up whenever I’d be in this predominantly white location. I’d feel like I had every right to be there but also felt as if I wasn’t allowed to take any space. I got to meet a whole bunch of art enthusiasts at my job (coffee cart at the ICA) and Artists alike but, still despite some entertainment I couldn’t help but not feel a bit out of place in The Seaport District. It’s very gentrified, it is very white washed and boujee.

‘Por agua viene, y Por agua se va’ Is a saying my mom would say whenever we would be in a rough situation financially, So I felt like adding the saying to this track to imply my acceptance of letting nature do its thing and eventually all the bad karma the Seaport has been sitting on will be delivered.

So I named the EP INVOCACIÓN because after all the material was done I felt as if I had invoked the sensation of ritual sonically. Each track is supposed to be named after something involved in the sonic ritual that is the EP. But like i said, there was never a solid concept from the jump!

BH: Invoking something is almost like strength in acceptance in a way – It has a lot of energy in its presence of what is to come, INVOCACIÓN is a heady listen.

Why, would you say, do you make electronic music?

LUNAMARIPOSA: The short answer is that I wanted to pull away from just being a DJ and Event Organizer. Also, we need more NB people in the music industry!

BH: What brought you to Boston?

LUNAMARIPOSA: (Laughs) What brought me to Boston? Here we go —

When I was 16, I left Florida and went to New York. While I was in Florida, the last few months I was there — I was in a relationship with a person, it was my first intense relationship kind of situation. I wasn’t doing so well back then. So, I ran away to NYC. While I was in New York, despite everything that I did and revealed to him, He was still talking to me and supporting me emotionally as much as he could.

I was thinking I can get my GED in Boston but its been four years and i haven’t gotten it… that’s beside the point because I’m making a career out of music despite us not being together anymore. [I] Moved in 2016 to JP and stayed because of music really, it has ignited this flame, it has made me realize I’m drawn to something huge so at least let me have fun while I’m here making smart decisions. 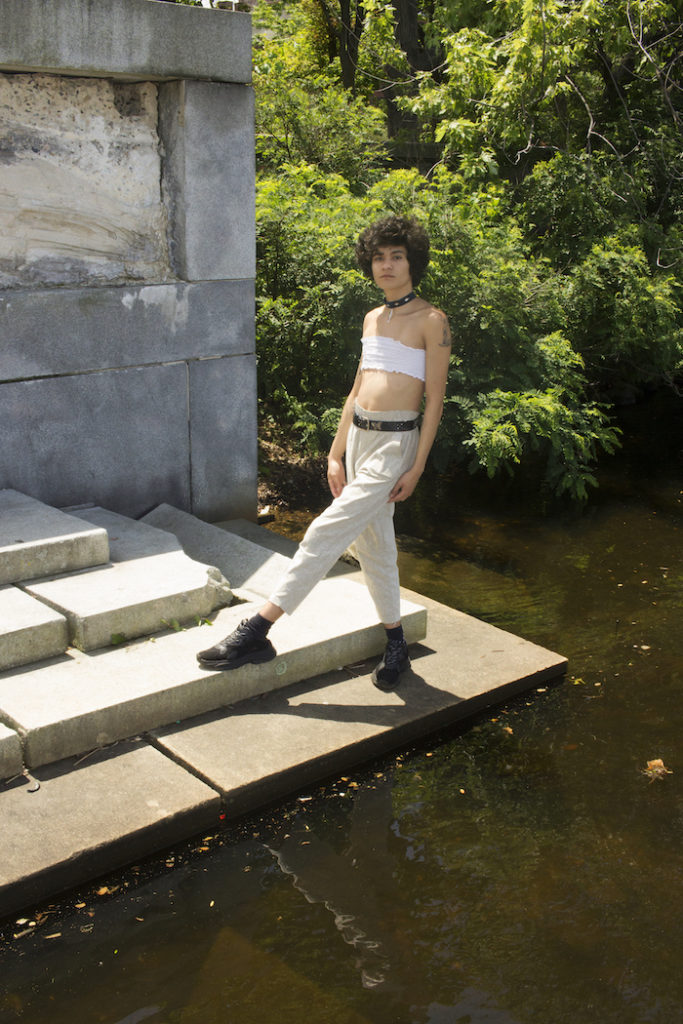 BH: I feel like I have to throw this question to promote the show. So what can fans expect from your upcoming show w/ Boston Hassle and the BMA’s @ Hojoko July 12th?

LUNAMARIPOSA: Honestly, the same thing they’d expect when they see my name on a bill for some other thing. I’m excited for that pool — for sure — so expect that at the show too.

BH: Do you want to say anything else or give any other shout-outs?

LUNAMARIPOSA: shout-out to me because my birthday is July 19th and I’m turning 21 and it feels unreal for many reasons, but its happening. I get to see three of my favorite DJ’s that night at the ICA (ironically enough lol). Another shout out would be to those I work with and my close friends. My DJ mother Dee Diggs of course, to HouseBoi for being so insightful and giving more experience with many things, and for the Family and Friends through Saskias. 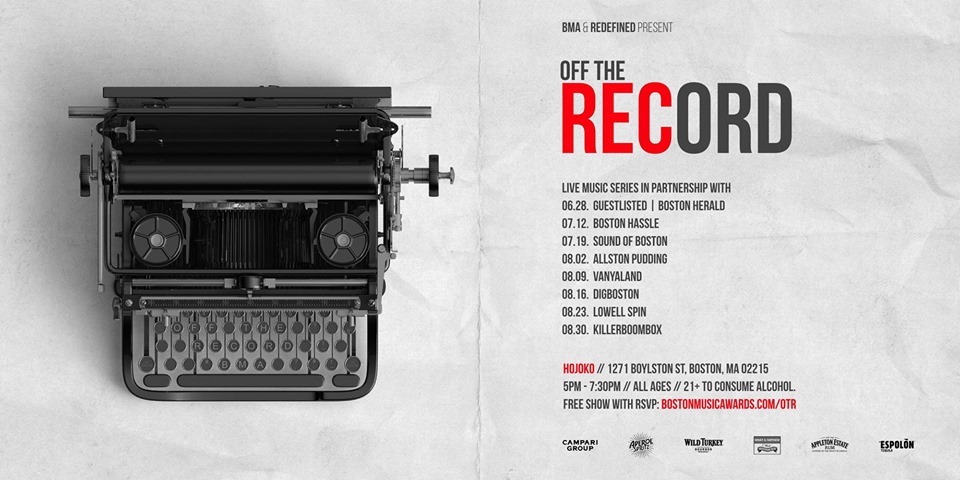