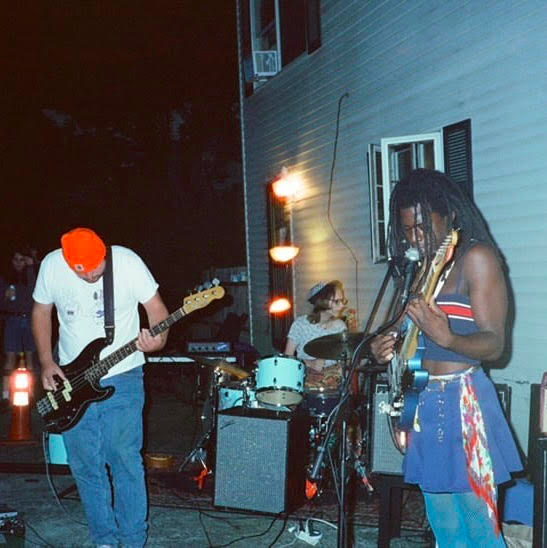 I first heard Rusty Mullet at a basement show in Roxbury Fall 2019. I was playing a gig with Thighs and the rest of the bands were alright but Rusty Mullet’s performance stuck with me. It was raw, loud, and badass, but also touched with sentimentality and sweetness. And the members, Dirt (sick name), John, and Sunny, have the image to match.

This Friday Rusty Mullet play at O’Briens with Exit 18, Scare City, and hiFi at the Hassle’s fundraiser show to help us raise $10,000 for our journalism and reporting budget for 2022. We couldn’t have picked a better band to play this show. So, to see one of my favorite bands right now, and to support your favorite Boston arts publication, please join us this Friday night at O’Briens.

Boston Hassle: Who is in the band (pronouns as well) and what do they play?

BH: What would you describe your music as? Like what genre would you put yourself in?

BH: Where is the band from? When did the band start playing together?

Rusty Mullet: Dirt and John met as college freshman at Stonehill back in 2016 and we had 4 or 5 drummers before we found sunny in the fall of 2018 shes been with us since! There was no scene in Easton MA where the band started so we always tried to play shows in Boston, but living outside the city just made us feel a little out of touch. Then upon graduating dirt and sunny were able to move to the boston area and actually anchor the band in the local scene. Before Sunny there were two self produced albums, with sunny theres has been a studio EP a northeast Tour and theres a studio album in the works.

BH: This question is for whoever wants to answer, what is your songwriting process like? How do you come up with your songs, but also your album names and graphics?

Lately [our creative process has] been organic from jamming. We used have a person come in with almost a complete idea and then we would iterate on it, but lately its been almost entirely collaborative.

Our album names are pretty much always jokes or random phrases. We make up a bunch of random stuff and do process of elimination. We keep an air of goofiness and try not to be too serious. Our album covers have usually just [been] band pictures with whatever tools we have to make them interesting. We keep it DIY and grungy.

BH: What have you all been listening to recently? Are there any Boston bands you’d want to shout out?

Rusty Mullet plays our fundraiser show This Friday @ O’Briens! Please come and have some fun! And if you can’t come and still want to support us, please donate to our GOFUNDME HERE! 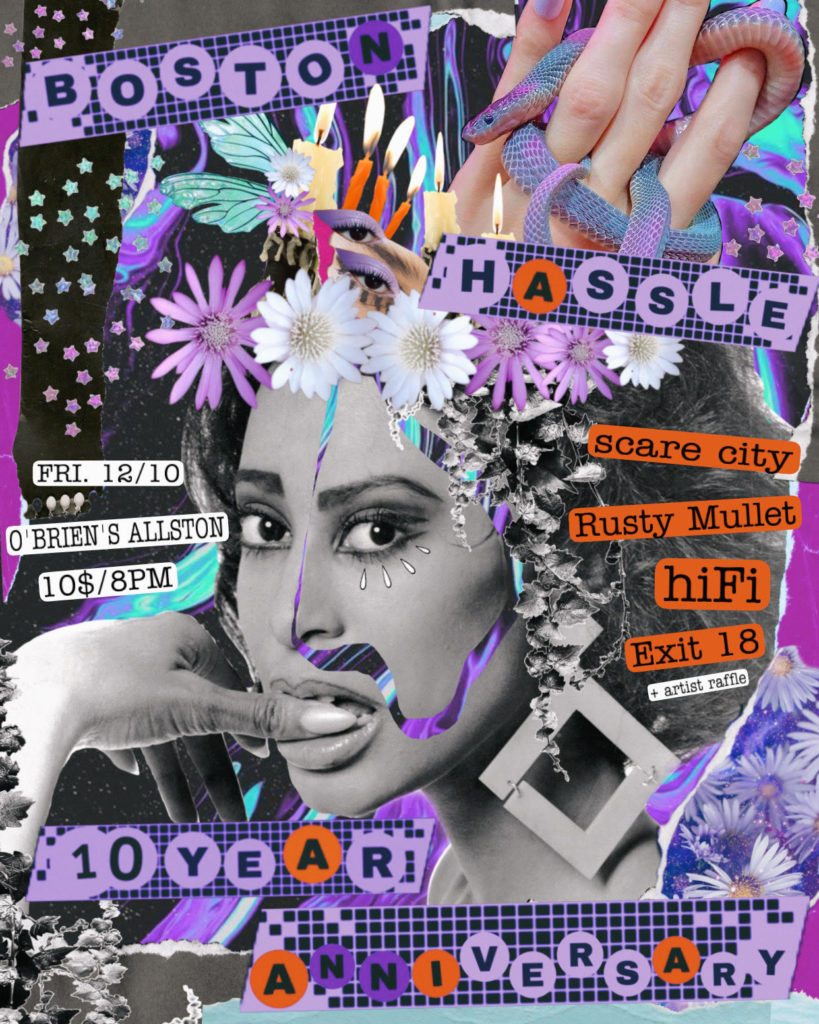