It’s 1970 in California and pot smoking private investigator Doc Sportello (JOAQUIN PHOENIX) finds his ex-girlfriend Shasta (KATHERINE WATERSTON) at the door. Her real estate mogul boyfriend has disappeared and there may be an even bigger conspiracy afoot. The next 2 hours of INHERENT VICE are a murky, complex, hilarious, and beautiful mystery set at the end of a countercultural era. The opening scene is a launch into a strange film noir world of drug smuggling, Nazi biker gangs, shadowy figures, hippies, and crime in Southern California over a sprawling yet fleeting 148 minutes. 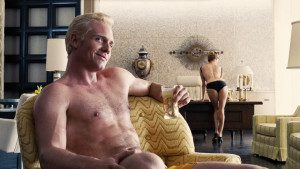 INHERENT VICE is simultaneously Anderson’s most accessible yet abstract film. It will most likely be too unconventional and free flowing for most audiences, but INHERENT VICE is a deeply rewarding journey for those willing to go along for the obtuse and often confusing ride. It follows a narrative, but the narrative itself often takes a backseat to soak in the time and place. While his other films have played as character studies, INHERENT VICE carefully studies the era of the drug hazed 60s culture clashing with the conservative authoritative figures who would form the 70s. While BOOGIE NIGHTS portrayed the adult film industry facing a collapse as the world switched to cheaply shot VHS, INHERENT VICE shows the phasing between cultural values as the world around the characters begins to face a radical transition.

Shot by Anderson’s collaborator ROBERT ELSWITT in gorgeous 35mm film, it evokes not only the aesthetic texture of 70s cinema but its authenticity to a period in time. Scenes are shot in his mesmerizing, signature unbroken shots that give a dreamy and colorful texture to the California landscapes. Every single shot is a visual treat filled with sight gags and impeccable framing. If you live near a theater showing this in a film format (such as The Coolidge starting 1/9), go out of your way to see it over digital formats. 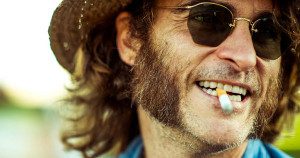 With such a rewardingly unfocused narrative, the audience gets to spend time with the astoundingly well-written and scene-stealing characters. From Joaquin Phoenix’s excellent comedic turn as Doc Sportello, the perfectly cast folk singer JOANNA NEWSOM as the often on-screen narrator, JOSH BROLIN in one of his funnier role as a brutal police officer, and excellent bit roles with BENICIO DEL TORO, MARTIN SHORT, REESE WITHERSPOON, and OWEN WILSON; the entire world created in this film is populated by great characters with actors to match. This movie may seem long, but every scene is alive.

INHERENT VICE is a gorgeous and transportative fever dream that intentionally lets conventional clean narrative slip in favor of observation. The intentionally muddled narrative is all part of the stoned texture of this world. Paul Thomas Anderson has crafted a strange beast of a film that zips along like a fast paced comedy drenched in film noir, yet it demands repeat viewings to fully sink in. The world building created in this movie begs to be revisited and observed, and I can’t wait to go back. 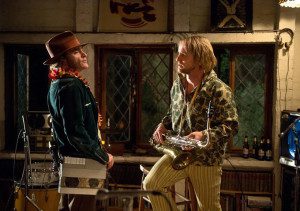 Whether INHERENT VICE finds an audience beyond fans of Thomas Pynchon, cinephiles, and Paul Thomas Anderson remains a mystery, but those who let the movie sink in will find a myriad of hazy pleasures and full force filmmaking in one of 2014’s very best works. INHERENT VICE is another classic from arguably the best American filmmaker working today.

Liked it? Take a second to support James Donner on Patreon!