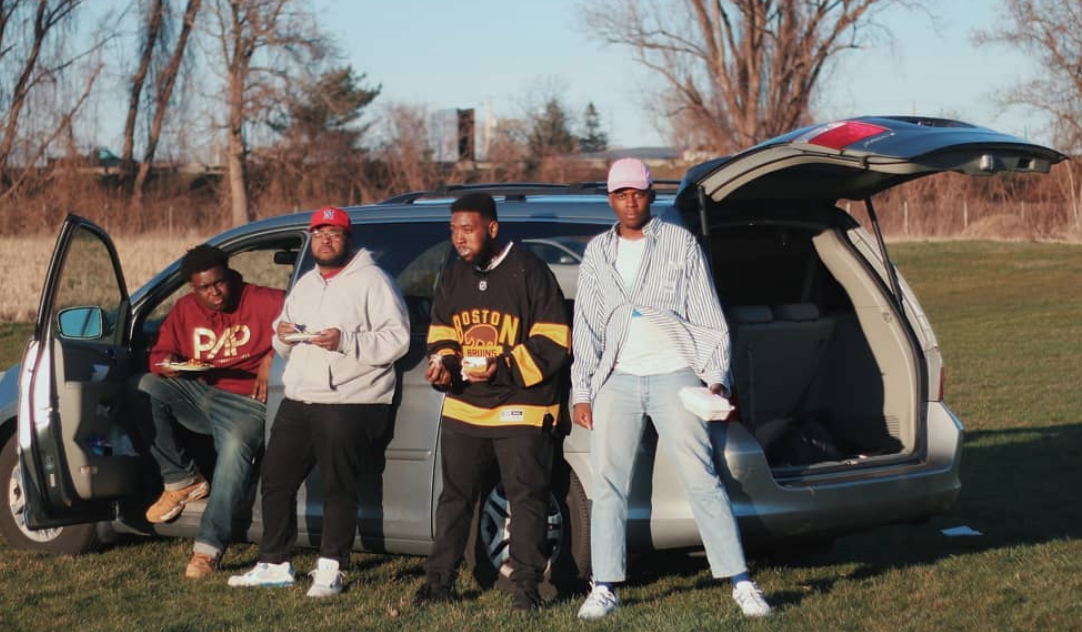 The camaraderie of a hip-hop group almost can’t be described better than the opening line of “Say Cheese” by Boston-based iLL Addicts. “You better watch out for the fucking boy.” While the plural version would’ve been slightly more fitting for my explanation here for this posse cut, I feel that the explosiveness of this line before the drums fully unleash perfectly define the energy of “Say Cheese” and what makes posse cuts like this so energizing and invigorating.

I’m not a fan of artist comparisons because it’s often lazy, but I can’t help but feel reminded of the opposite coast rap groups like Overdoz, Warm Brew, and Pac Div when listening to iLL Addicts based off two factors: intriguing production and sharp-cutting braggadocio rhymes. On “Say Cheese,” the production is riddled with ominous keys and spring-loaded drums, but the sound is better described to me by the producer (and rapper) ProSwervez as “a hybrid between Grand Theft Auto and the side levels in Super Mario Bros where you drop down the green warp pipes.” And it makes perfect sense. Juelz starts his verse with “I’m gruesome kicking teeth in while you smile at me. Don’t say cheese, I don’t like when you smile at me,” and it paints a picture of violence contrasted with cheesing teeth like the track cover. The contrast is like the dark depths of a fantastical world like Super Mario Bros or the freestyle, do-what-you-want world of GTA.

iLL Addicts has a lot in the pipeline and they will be performing at this year’s New England Underground Fest 3 on Saturday night (with headliner OG Swaggerdick).

Liked it? Take a second to support Ryan Magnole on Patreon!