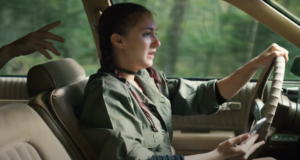 Short films are some of the best things we have—they support and allow independent filmmakers the freedom to create anything they want without many limitations. They showcase the incredible talent that these artists have, and these fantastical—or often scarily realistic—narratives are often better than anything you can find mindlessly scrolling through Netflix or Hulu.

As the COVID-19 quarantine continues, I’ve been checking out some of the stunning work that’s being crunched out of the horror short film community on YouTube. The films are effective and downright bone chilling; from their isolated settings to lack of score, these horror snippets have been lurking inside my mind the last few days—and won’t go away.

Parker Finn’s freaky tale, clocking in at barely 10 minutes, follows an injured and lost hiker who stumbles upon a cloaked figure in the woods, who refuses to answer him when he calls out to it for help. This one sent chills straight through me—from the costume design of the ragged cloak to the unsettling, cold, sunny backdrop of the thickening woods, The Hidebehind unnerves its audience with a modern take on this lesser-known but creepy American folklore. 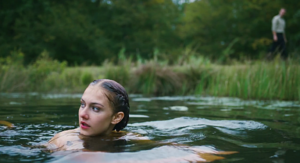 By far one of my top picks from this list, Backstroke is the unnerving look at Amber, a teenage runaway on her way down to Florida with her boyfriend, Jake, after a mishap with her mother. When they stop in the woods in the middle of nowhere, Amber loses sight of Jake as they flirt. She takes a dip in the water of a murky lake, only to suddenly be confronted by an eerie, all-too-confident stranger with questionable intentions. The fear of (being a woman myself) being accosted—especially so suddenly—and the sheer isolation around Amber, Backstroke stuck with me for days.

After relocating from Australia to Los Angeles to pursue an acting career, Emma Brown is a struggling actress with no money and no furniture for her new apartment. When she discovers a stunning armoire slathered in duct tape and lying in the middle of a junkyard, she hauls it back to her place and hangs her clothes up. Soon, she runs into countless issues. Her clothes are flung violently across the room, black sludges appear on her skin—not to mention the demon that’s watching her from atop the new armoire.

I’d write more about it, but you’ll have to see for yourself (I’m honestly just too afraid to stare at this image anymore. I want to scroll down to write the next short film recommendation so I don’t have to see it—and that should be recommendation to watch The Armoire enough). 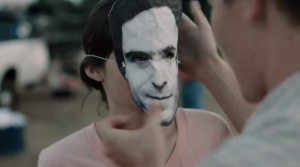 If you’re a true crime dork or have ever watched any of the dozens of Ted Bundy movies and docs that have come out in the recent years, you’ll probably have heard that chant. It’s the chant of thousands of Floridians celebrating the death of serial killer Ted Bundy, who was executed by Florida State Prison’s electric chair in 1989. Nowadays, the celebration the day before Bundy’s death is infamous—you can look up the photos of the parties held and even buy the famous “Burn, Bundy, Burn” shirts that were sold that day by the roadside. Only now, they’re on big sellers like Etsy and Amazon. Freaky.

Lauryn is a 16-year-old girl making a few bucks taking photos at the parties outside the prison gates with her polaroid the day before Bundy’s execution. Naïve and doe-eyed, she bumps into an attractive, friendly guy she knows from her past English classes, who flirts and jokes with her. As darkness falls, he asks her to take a ride with him and his friends to go get a bite to eat. Flustered, she agrees, and unknowingly goes on a ride that will haunt her for the rest of her life.

Fry Day is a crucial, brilliant short film that hits deep and proves you don’t need ghosts, demons or monsters to create horror. This short reiterates what Ted Bundy taught us 30 years ago—don’t ever be fooled by a wolf in sheep’s clothing. 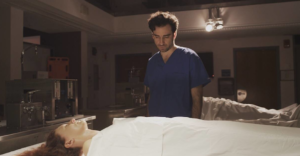 Steve, an awkward, mewling mortician and necrophile, can’t resist his sickening urges and habitually molests the female corpses that end up on his table. Frustrated and lonely, he joins a dating app, and meets a young, living woman that willingly opens her heart to him—but he cannot let his fantasy of having a “dead girl” go.

Repulsive, depressing, and downright freaky with some killer acting, Steve and the Dead Girl is a fantastic analyzation of how deep and dark an obsession can progress. 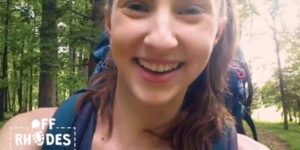 Laurel Rhodes, a YouTuber specializing in seeking out dangerous and difficult hikes, finds herself lost in the dark when a storm rolls in, trapping her in a seemingly abandoned cabin that’s covered in unfamiliar hieroglyphics. As thunder roars and the night drags on, she realizes that she isn’t alone in the cabin—and comes to terms that it may be her last vlog.

These short films are impactful, impressive, and hit you fast—leaving a profound effect that will linger with you for days to come.