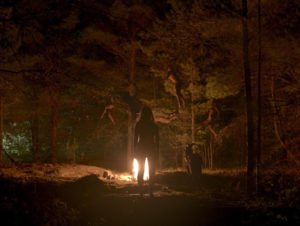 THE STREAMER: Amazon Prime and Netflix

There’s a little bit of a witch in every woman.

The thing I love about witch films, at least most of them, is that they show the power of women—whether good or bad. In most of these films, these “witches” are pushed, either by men or society—or sometimes, both—to snap and not take anymore of the bullshit that they’ve been receiving. These witches are empowering and damn badass to watch. Witch movies are my go-to, not only on Halloween, but year-round, and whenever I do watch them, I do feel that rush of feminine empowerment that they represent. 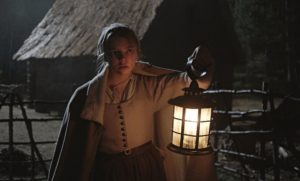 Thomasin is one of my favorite witches. She’s the eldest child of a frighteningly strict Puritan family who’s been banished from their plantation in 1600s Massachusetts. Settling on the edge of the woods, her family believes that they have been cursed by a witch after the disappearance of their youngest child, and they all become increasingly paranoid as the film violently unravels. Thomasin—who holds massive responsibility as the eldest child in a Puritan household—is constantly bullied, blamed and oppressed by her family and their archaic religious beliefs. She is accused of being a witch and a slut by her own family, though she is innocent. When the family’s goat, Black Phillip, begins to whisper things to the family, their sanity unravels and the Puritan values come crashing down around them.

What I love about Thomasin is that she is constantly browbeaten and yet in her weakness, she comes out on top, finding her freedom in the darkest of places, all because her Puritan family pushed her too far. It’s ironic and it’s stunning.

The film’s ending is one of the most disturbingly beautiful shots I’ve seen in a long, long time. 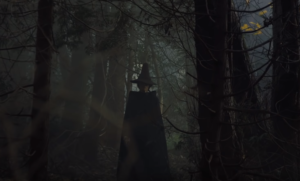 Gretel & Hansel has a weird, disturbing atmosphere that completely engrosses you as you watch. It’s an interesting take on the Grimm fairy tale, with Gretel and Hansel staying with the witch that lives in the woods after nearly getting killed trying to find jobs after their mother kicked them out. Throughout the film, the teenage Gretel is preyed upon, not only by grown adult men seeking her virginity when she tries to find work, but also the witch, who seeks her flesh to cannibalize. As Gretel kills the witch and taps into her newfound powers as she transitions into adulthood, she finds that she must control them or else turn into the new witch of the wood.

Gretel’s blossoming abilities, paralleled with those who prey upon her for sex and flesh, is representative of what young women go through in a society that hyper-sexualizes young women.

The Craft is a creepy, modern-day take on what makes a witch. In this case, it’s a group of troubled, outcast girls, who are abused and bullied by family, society and schoolmates. Together, they form a coven at their Los Angeles high school, and desire to become “all powerful.” Nancy, the coven’s leader (played frighteningly by Fairuza Balk) begins to take things way too far, and soon, the girls realize things are out of control when people start dying at their power gets to their heads.

Similar to stories like Carrie, I’m a sucker for a good “witch-takes-revenge” plot, especially when the witch gets pushed way too far. There’s a fictional, nefarious empowerment that the audience gets a rush from that would never happen in real like (who wouldn’t like to take magical revenge out on their school bully?), and The Craft certainly does just that for us. 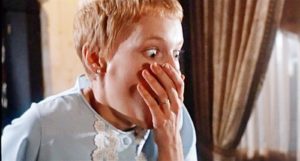 Rosemary’s Baby is a little bit different that the other films on this list. Rosemary “Ro” Woodhouse (Mia Farrow) moves into a gaudy but gorgeous apartment in New York City with her actor husband, Guy (John Cassavetes). She’s graceful and kind, and eager to become a mother. Her elderly but nosy neighbors take the young couple under their wing, but Rosemary begins to get spooked when she hears chanting through the wall and Guy spends more and more time with the weird neighbors. When Rosemary has a horrific, surreal dream that she’s being raped by Satan and then becomes pregnant in reality, she begins to suspect that her neighbors are actually witches, planning to take and sacrifice her baby. Unbeknownst to her, Guy has created a pact with the Satan-worshiping neighbors to impregnate Rosemary with the Antichrist to further his acting career.

The film is an absolute classic, gritty and graceful and creepy as all hell. While Rosemary is in fact manipulated and preyed upon, she in the end holds the power: does she want to be a mother to the Antichrist, or not? Rosemary’s Baby twists the mind and the meaning of motherhood and womanhood, and has you wondering: could you be a mother to something as evil as that? Or would you have no other choice, as mothering instinct would kick in? Could you abandon your own child, even if he was half-devil? 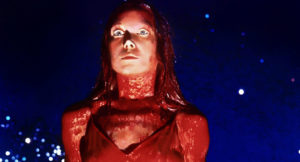 While Carrie White is less a witch and more so a bullied young telekinetic, I still want to include her here as she is one of the most powerful women on this list. Written originally by Stephen King, Carrie spins the story of Carrie White, a high school outcast that is horrifically bullied by her classmates. She lives with her religious zealot of a mother, Margaret. When Carrie experiences her first period at school, her classmates throw tampons and pads at her, chanting to “plug it up.” As Carrie’s period and introduction into womanhood come to her, so does her telekinetic abilities. She finds that she can make things move with her mind, and her mother denounces her as a witch,  adding that her mensuration is a result of sinful sexual fantasies; Margaret locks Carrie in a small closet to “pray for forgiveness.” When Carrie gets invited to prom with a popular boy at school, she enjoys herself until a bullying plot ends with her drenched in pig’s blood. Carrie snaps, having had enough of the torment, humiliation and bullying that she received, and kills everyone inside the gym.

Carrie is my favorite flick on this list. Between taking revenge on cruel bullies and finding herself and freedom as she becomes a woman, Carrie White is a fascinating character that stands as a pillar for women in horror and their importance.

These witches are incredible characters that have stood the test of time. They have shown why having women represented as powerful figures in the horror genre is so vital; these women represent feminine power and strength—and are examples of why women are not to be messed with.