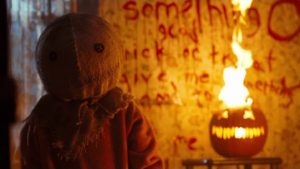 Halloween’s around the corner, and if you’re anything like me, you’re binging all those horror films that Hulu, Netflix and Prime are offering. They’ve got a pretty great selection, but it’s overwhelming (at least, it is for me). Here are a few I’ve been watching recently to get into the spirit. 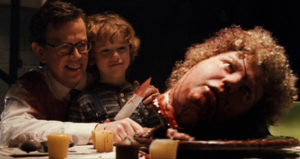 Trick ‘r Treat is a Halloween must. Over the course of Halloween night in the small town of Warren Valley, Ohio, interwoven stories follow our main characters, who all face real ghosts, zombies, werewolves and serial killers on Halloween night. It’s a creepy, darkly funny flick that celebrates the old and new traditions of Halloween, and reminds viewers why it’s so important to follow them. Each segment is packed with vicious doses of Halloween spirit, so light your jack o’lantern, grab a blanket, and get comfy for this one—just don’t blow out your jack o’lantern until after midnight. 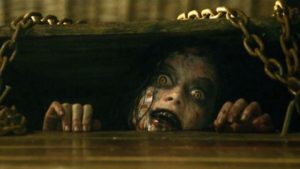 When I say Evil Dead, I say both this one and the original ’81 Sam Raimi film, of course. This one is a nostalgic favorite of mine, though—from a chainsaw through the head to hazard amputations with an electric knife, Evil Dead is packed with gory goodness. The flick follows Mia (Jane Levy), a young woman who stays at an old cabin in the middle of the woods with her friends to support her as she tries to overcome a heroin addiction. One of her friends opens an old satanic book, though, and it becomes apparent that her recovery won’t be so easy. 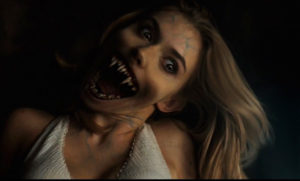 Same thing with Evil Dead—Fright Night is fantastic in both its 2011 and 1985 versions. This one is another nostalgia trip, though, with a killer soundtrack, a spooky setting of a quiet Las Vegas suburb, and the eccentrically hilarious acting of David Tennant. Charley Brewster (the much-missed Anton Yelchin) discovers a vampire (Colin Farrell) has moved in next door. With the help of nihilistic Criss Angel wannabe Peter Vincent (Tennant), Charley must take on his new vampiric enemy before he slaughters the whole neighborhood. It’s funny, it’s creepy, it pays homage to the original, and damn, the soundtrack is good. 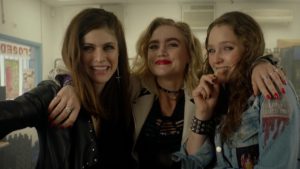 While trying to find something spooky on Netflix to play in the background while I work on my other laptop, I accidentally stumbled upon this gem. We Summon the Darkness is nothing award-winning or jaw-dropping, but it’s seriously fun, campy horror that genuinely feels like it took place in the ’80s (well, until Johnny Knoxville shows up, that is). Who doesn’t love an electric outboard trolling motor used as  a murder weapon, or Belinda Carlisle’s “Heaven is a Place on Earth” used as a creepy horror song? The flick trails three friends who attend a metal concert and attend a party after, only to run into a cult that’s guilty of slaughtering eighteen other people. This one was a real treat to watch, and honestly, Alexandra Daddario is a blast when she’s in horror movies (so I liked the shitty sequel Texas Chainsaw. It’s a guilty pleasure, sue me). 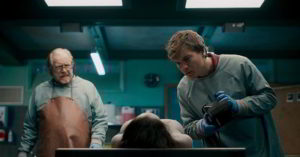 Here’s a good one for an October evening, packed with everything you could ask for: a corpse, a dark morgue,  ghosts, witches, and a vicious storm. Jane Doe centers on father-and-son coroners (Brian Cox and Emile Hirsch) who receive a dead body of a young woman late one night. The woman’s identity is unknown, and the police as the duo for a cause of death by the morning. As the night and storm rages on, the two come to find that this is no ordinary corpse on their slab as a bloody shitshow begins inside the funeral home. The setting, steady pacing and the noticeable chemistry between Cox and Hirsch ties the film neatly together to form a startling conclusion.

COVID-19 may take away the ability to trick or treat, host or attend Halloween parties, or go to our favorite haunted house (or corn maze), but it won’t take away our ability to celebrate this beautiful, historic holiday. So flop on the couch, buy candy and popcorn from your local cinema if available, and tuck in for a night of gory Halloween frights—I know I will.