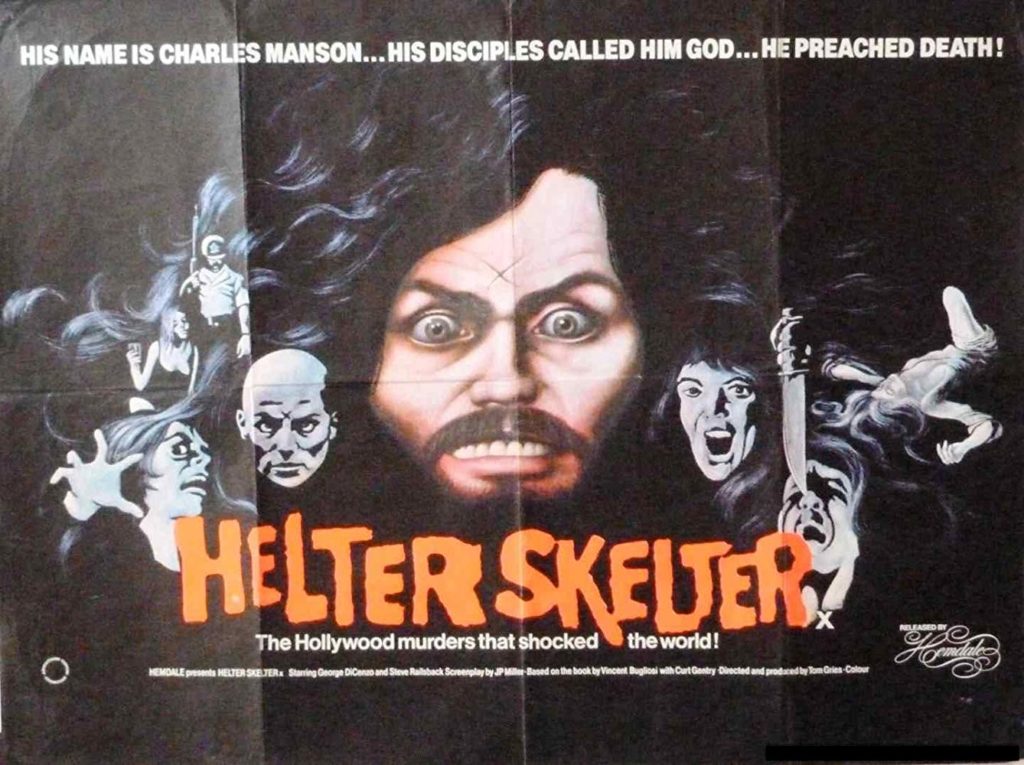 It has often been said, with considerable understatement, that the advent of television halfway through the twentieth century changed everything. Kennedy, for example, was the first TV President: the first leader to understand, or at least take advantage of, the medium, using his natural charisma to become both the leader of the free world and its biggest celebrity. Likewise, Vietnam is often referred to as the first TV War. For the first time in history, war wasn’t just a noble abstraction for the American public; millions of people could watch the horrors of war in realtime and in color, between episodes of The Flintstones and ads for Mr. Clean. Television changed our perception of the world, and, in turn, how the world presented itself to us.

Charles Manson was the first TV Monster. He wasn’t the first “celebrity” serial killer: we’d already been enthralled by the likes of Charles Starkweather and Richard Speck, all the way back to the still-unsolved crimes of Jack the Ripper and the Black Dahlia. But, like Kennedy, Manson knew how to work the American publicity machine, knowingly crafting himself into a perverse pop culture icon (which honestly may have been his goal the whole time; he recorded a not-bad album of demos for Beach Boy Dennis Wilson, and has long been rumored, perhaps apocryphally, to have auditioned for the Monkees). Make no mistake: Charles Manson was a terrible, terrible person, an unapologetically racist sexual predator and textbook narcissistic sociopath on top of being a brainwashing cult leader responsible for the deaths of over a dozen people. Yet he was so far out there, so non-human, that he was, in a weird and awful way, watchable. I’ll admit to falling down the deep, dark Youtube rabbit hole of Charles Manson interviews on more than one occasion (though I will not, under any circumstances, read the comments). No one in their right mind would want to hang out with Charles Manson, but in the then-new world of TV news soundbites, he was catnip.

It’s perhaps fitting, then, that (Tarantino notwithstanding) television has long been the home of Mansonian drama. Many of these have been atrocious: take the leaden David Duchovny procedural Aquarius (which I so wanted to like), or the jaw-droppingly awful Murder Made Me Famous: Charles Manson (which plays roughly once a week on Reelz, and which really needs to be seen to be believed). But in the right hands, and especially with the right cast, a good Manson miniseries is nearly as compelling television as the trial itself. In this regard, the heavyweight champion is still the original 1976 adaptation of prosecutor Vincent Bugliosi’s essential tell-all Helter Skelter, which screens tonight at the Coolidge in an ultra-rare 16mm print. 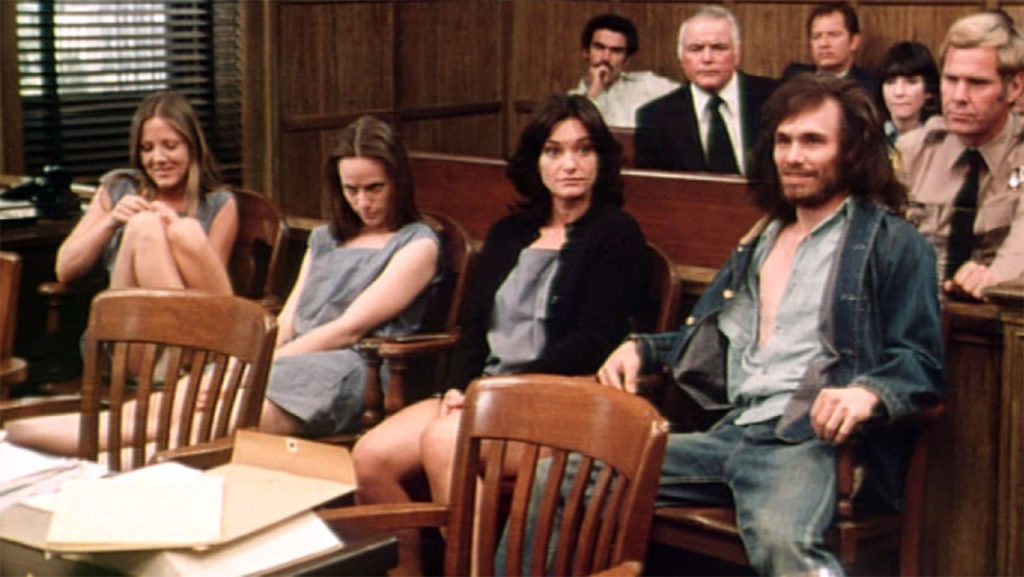 One of the most fascinating things about Helter Skelter is the producers’ first choice to play the killer: Martin Scorsese. It’s profoundly weird to think of the affable director playing the infamous murderer, but also oddly inspired; check out his scene in Taxi Driver, which was then fresh in theaters. Manson, meanwhile, reportedly invited Dennis Hopper to his jail cell to try to sell him on a biopic. It’s enticing to imagine what Hopper would have done with the role, but if half the stories about the actor during that period are true, Manson himself probably would have been less of a headache on set. In the end, the producers opted against stunt-casting for the Manson role, but they did manage one minor coup: Linda Kasabian, the getaway driver whose dramatic testimony likely put Manson away, is played by Texas Chainsaw Massacre scream queen Marilyn Burns (we’ll return to her next week, as the Coolidge’s Truly Killer series continues).

In any event, it’s tough to imagine a better choice for the role than the one they landed on. Steve Railsback was a relative unknown at the time (his only previous credits were Elia Kazan’s The Visitors and Monte Hellman’s excellent Cockfighter), but he fucking owns the role of Charles Manson. A student of Lee Strasberg, Railsback throws his whole body into every vocal tic, creating a Manson simultaneously hilarious and terrifying (see his final scene, which finds him singing Manson’s beyond ridiculous “Garbage Dump” before glaring into the camera in a blood-chilling freeze frame). Railsback’s performance is so effective that it essentially doomed him to a career of playing psychopaths (my personal favorite is rogue FBI agent Duane Barry on The X-Files). In 2000, he brought his filmography full circle by playing the title role in Ed Gein, one of a bazillion straight-to-video biopics from that era whose cover aped the Hannibal poster. He may be typecast, but damned if he isn’t great at playing that type.

As for the film, it certainly dates itself as a ‘70s made-for-TV movie (two movies, actually– the screening will begin half an hour before the Coolidge’s customary midnight showtime to accommodate its three-hour-plus heft), but it’s solidly made entertainment, as well paced and acted as any TV of the era. Which is really all it needs to be; the story is so bizarre and labyrinthine that the producers really only needed to present the events chronologically as they happened. The murders themselves are tastefully left to the imagination, but the true set pieces– Burns’ testimony, any of Railsback’s monologues, the scene in which a follower matter-of-factly lays out Manson’s apocalyptic interpretation of The White Album— are jaw-dropping without an ounce of blood. It’s no wonder Helter Skelter turned out to be such a great made-for-TV movie: it’s about a made-for-TV killer.