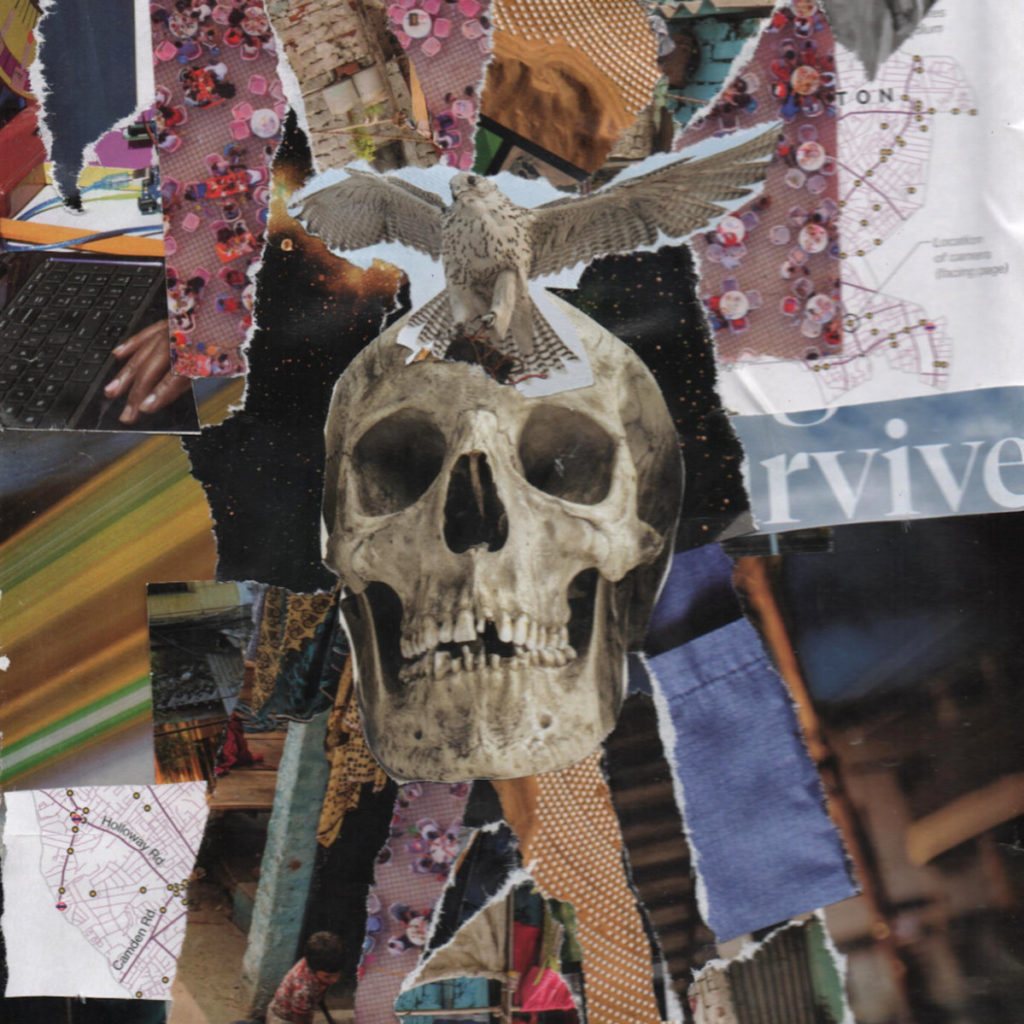 GUDSFORLADT has been consistently putting out deep, dark, depressing, anti-facsist black metal since 2016. Their most recent addition to their portfolio is Possible
Realms, a sweeping cascade of righteous black metal tremolo riffs and thoughtful blackened folk. The album comes out swinging with heavy dbeats and thick walls of Peavey-cult-BM guitars only to lull you into contemplation with the dreamy song “Washed in Gold Before the Bell”. Possible Realms is a wonderfully balanced album that both crushes and caresses with equal ease.

The album was released on May 1st and the lyrics hold incredibly poignant given the events that have been unfolding around our country. From ‘Do Not Be Lulled That You Do Not See Open Flames’: “Boots pressed onto chests”, “We’re all burning. Do not be lulled that you cannot see open flames”, and “They hate you: don’t let them get into your head.” GUDSFORLADT describes themselves as “miserable anti-fascist black metal from the heart of the empire”, a stance that we need more of in the Black Metal community and society at large. There has been much talk about the ethics of separating the art from the artist of late, but maybe it’s time to put that to rest and support artists that have no qualms about being on the right side of history.

Full disclosure, my band Diva Karr is releasing a split soon with GUDSFORLADT. We have long been a fan of the band (having their roots in Salem, MA), but this killer album only supported our efforts to make the split a reality. Their entire oeuvre is extremely worthwhile, but start with this album. Its got everything your little anarcho-metal heart desires.