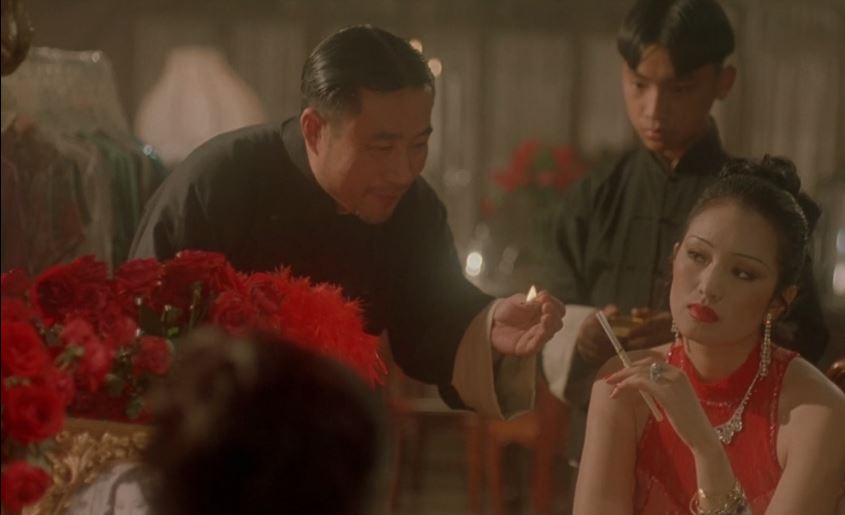 “When they find out who you are, they will show no mercy,” Gong Li heeds in a trailer for one of the earliest big-industry picture COVID-19 victims, Mulan. In the many (albeit reasonable) changes from the 1998 animation, Gong’s role as one of the adversaries is an adapted approach (she shapeshifts into a saker falcon, who was Shan Yu’s animal companion in the original film) best fitted to today’s appropriate representation of women over talking animals depicted in a period war piece. It remains to be seen whether we’ll be able to see her in full form this August, but if I could predict the nature of her character, I’m betting it’ll be of a scorned-by-sexism woman who’s played the game long enough to see evil doings over goodwilled failings. Underneath the Disney villainous animosity, she’ll warn Mulan of the world’s shortcomings because no one did when she was her age. This is more of less Gong’s niche, even beyond the common acquaintance with her American breakthrough as Hatsumomo in Memoirs of a Geisha. A woman who is obsessed with not only her reflection in the water, but with the ripples that she causes, Gong Li is able to veil the depth of emptiness with an allure that goes beyond the Oriental femme fetale mystique.

Shanghai Triad is another weapon in Gong’s arsenal. Though she’s not the protagonist, she steals the center of Shuisheng’s gaze when he is displaced to the underbelly of ’30s Shanghai. A country “bumpkin” that shares the Triad Boss’s surname, Shuisheng becomes a servant but is mainly fixed to serving to the whims and temper of Jinbao (Gong), a nightclub singer and the Boss’s mistress. He’s out of place and knows it, but still bumbles his way along the day-to-day dastardliness of the Triad life, which we can observe by the camera’s voyeuristic peeks through long hallways, ajar doors, and broken mirrors. Jinbao ricochets between gleefully snarky and maddeningly alone, leaving Shuisheng to silently choose between hatred and admiration. Spanning over a single week, Shanghai Triad begins at the last ticking seconds within the Triad’s circle of colleagues, and we’re here to witness the implosion.

While the film has the texture and meaning of an old-timey flick, it sidesteps the possibility of black and white for a celebration of fortuitous reds that become shades darker in the mood of vengeance and of wisdom. Rich textures favors the winners of the city, but when the countryside enters the scene, it renders power and wealth as strange concepts. Zhang had created Shanghai Triad as a lightning-flash microcosm of Chinese organized crimes, making the story as fast as it came, but prolongs a longer echo by giving the chance of damsels beyond distress, like Jinbao or Scarface‘s Elvira Hancock, to scream if they need to.