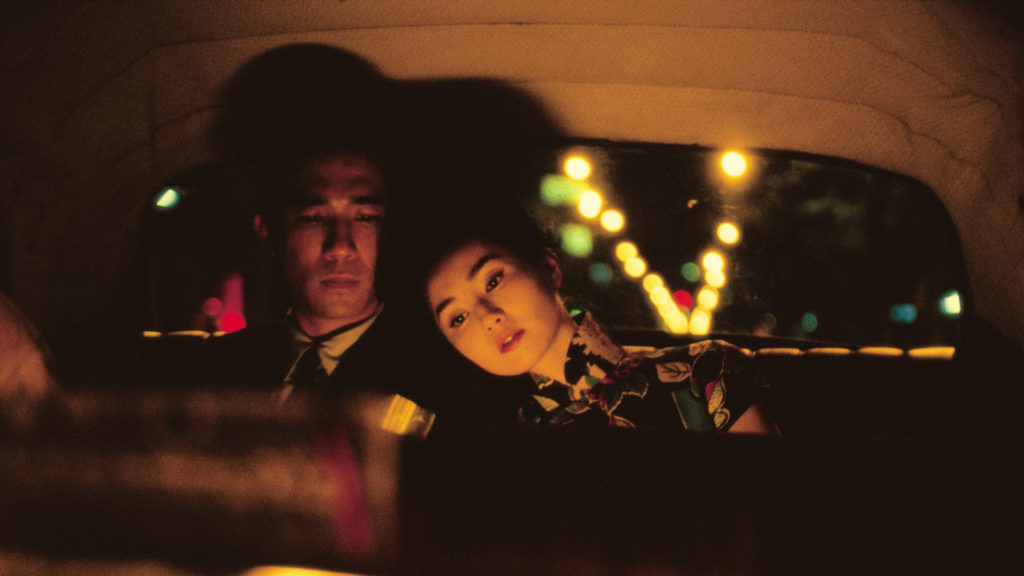 If you didn’t get to see it this past December, the Coolidge Corner Theatre ran a virtual screening series called the World of Wong Kar-wai, which was a collection that featured 4K restorations of several of the famed director’s works. And if you hadn’t heard why I’m about to risk it all for a Blu-ray player, the Criterion Collection recently released a gorgeous boxset that reflects Wong’s warmth through the screen. Even with the ease of accessibility and possession, Wong’s films have a gravitational pull that is difficult to resist. In the world of Wong Kar-wai, rewatches are inevitable, for the same reason that we preserve memories. Though his characters may seem aloft and afar, the familiarity of their experiences somehow fulfills a visit to the past.

While In the Mood for Love is likely his most renowned work, it still belongs as a proud member to Wong’s family of textured isolation. Here, he obeys to the concept of transience, or time’s demarcation on society, and through this movie, we’re subjected to the woes of fleeting opportunities. Tony Leung and Maggie Cheung are the principal dancers, and it’s an understatement to say that their numbers with each other, and in extension with the camera, are captivating. Leung is Chow and Cheung is Su (Mrs. Chan, by ways of her husband), neighbors that happened to move in next to each other on the same day. They’re married to other people, who seem to be preoccupied with long hours at the office. Their utmost devotion to love blindsides them once they find out that their partners are having an affair with each other. In true “misery loves company” fashion, Chow and Su spend more time together. Though they never cross carnal terrains, anyone who walks in a room with them two alone would feel apt to leave promptly.

The Singaporean title translates to The Flowery Years, which encapsulates the delicate process of growth between Chow and Su. It’s reasonable to suspect that they’ll learn that they are counterparts to one another, but in the constitution of unrequited love, two people have to find themselves on the same page before they can suit each other. Su dwells in her loss without ridding herself of it, though her outward appearance demands that she keeps her chin up physically and emotionally (“She dresses up like that to get noodles?” a neighbor inquires). Chow, who seems reticent and respectful, is the one to make the first move between the two — is it justified? Or is vengeance in the air tonight? Arguably, both characters are in the mood for love, but for whom that love is for at a specific moment may not be for the one waiting outside the hallway. 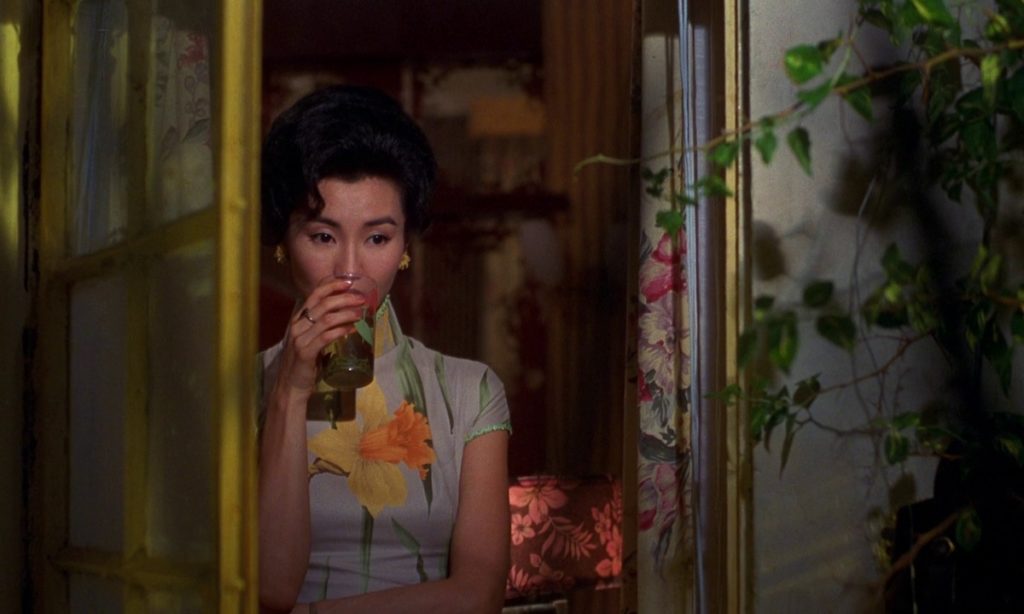 We can see the passage of time, but for a romance like this, fate’s pace is a slow burn. While we never see their cheating partners’ faces, it gives the impression that not only are they insignificant in this grand passion, but already the memory of past love starts to blur. Wong’s frames flirt with the characters using corners, windows, and door thresholds, succumbing a vastly emotional experience to ordinary borders and objects. He sets repetition with slight changes to denote that while the city is the same, our characters are not: a Siemens analog clock, Chow walking with a cyan thermos in the dark alley. It takes a bit of time to get to the other side of those changes. At the diner, Chow and Su discover (though not mutually; Su is the first to know) the infidelities when they realize that their partners bought items from Japan that they themselves own (Chow’s wife bought him a tie that Su’s husband owns, and for Su, it was a handbag). They’re possessed by their partners, both by heart and in routine; Su would often say “My husband” or “Your wife” in their initial rendezvous. Later on, when she sternly says, “We won’t be like them,” the shift, while monumental, is buried under the heartache of what’s to come.

If not for the fact that we were in a global health pandemic, self-seclusion with a potential paramour sounds like a reverie. Under secrecy, Chow and Su might as well be under necessary solitude. I’m sure you’ll read about how In the Mood for Love is the visual depiction of peak sensuality. Even without actual sex, this is true; Su’s dresses, sometimes in dull starches and sometimes in hopeful florals, and Chow’s relaxed suit fits in small, dark rooms quietly eating together (sometimes, it really do be about being in the mood for food) is a love language encrypted deep in my genetic code. But even in this amorous dream, misalignment can reduce love down to two passing souls, both beautiful and sad, where time left is time enough.

Screens at the Coolidge Corner Theatre on Friday, June 4 @1PM and 7 PM!