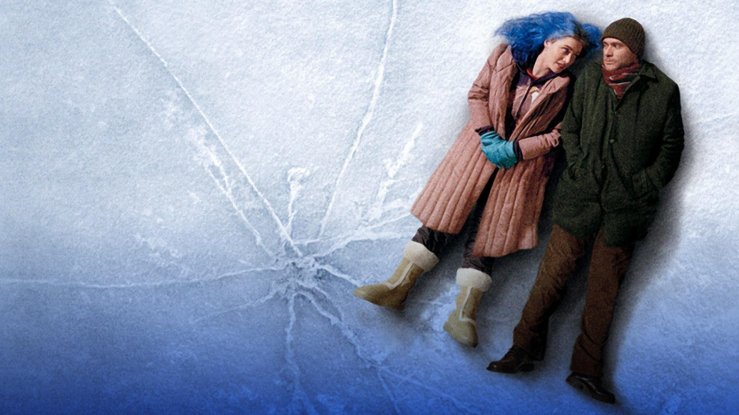 For the longest time, Eternal Sunshine of the Spotless Mind had been my favorite movie. Number one across the charts. It was the one I repeatedly embraced back into my life, no matter what saga I was going through at the time. It was the one that I would recommend to friends and roommates, many of them non-film-enthusiasts who somehow missed hearing about this movie (although to be fair, I barely broke a decade when it was released and probably wouldn’t have cared for some of the posters). As a Kaufman-lite lobbyist, I’d suggest the film at the ripe moment shortly after one’s heart has been torn asunder. It was a movie that truthfully spoke, I felt, to how relationships come together and fall apart. My emotional growth was in debt to what the film brought to the genre of romantic dramas (though, having watched it recently, Eternal Sunshine certainly has a specific outreach to science fiction and adventure), the many hopeless romantics that it’s touched, and to the possibilities of what individuals can do for each other.

To some degree, announcing what my favorite movie was/is sounds sacrilegious. Whether it’s for reasons that concern pigeonholing or because it’s so many people’s favorite movie that it almost makes it seem invalidating, I don’t know. I can write pages about Eternal Sunshine in terms of the concept of soulmates, second chances, casting (yes, Jim Carrey can do serious roles, but we’ve known that since The Truman Show), trivia (Nicolas Cage?????), and behind-the-scenes Gondry scandals (step aside, David O. Russell!). On another day, I’d write about this movie again under a different take, but for this one, I wanted to highlight the triumph of vulnerability.

Carrey’s Joel is shy, which is a cute word for guarded. In the beginning of the film, he doesn’t know how to interact with Clementine, played by the effervescent Kate Winslet, when they meet on a beach in Montauk. She catches him looking at her at the diner and at the train station later that day, and if he’s not going to make a move, she fucking will. They spend the night together with the expected awkward air of an unlikely connection. Cut to the title sequence, in which Joel is now crying in his car. They have broken up, and he soon finds out that Clementine chose to erase him from her memories, a sting that he decides to retaliate against.

Someone deciding to wholly wipe someone from their memories seems like a loud declaration of vulnerability, as if to say, “You are in the deep cerebral parts of me and I need you out.” Initially, it sounds like a malicious act that seems unthinkable, especially as we grow older and feel attached to our battle wounds. But what Lacuna Inc., the company that performs the memory-erasing procedure, offers is an alternative treatment for heartache. In the scene where Joel comes in for a “memory mapping” appointment, we see a couple of people sitting in the waiting room: a father-type holding what seems to be a child’s possessions and an elderly woman holding objects belonging to a dog. These aren’t people who are looking to dig their keys in the side of a four-wheel drive. A broken heart is systemic, and the brain is most susceptible to the contagion. Clementine’s choice in undergoing the procedure is another extension to her open, reactive nature (“You know me, I’m impulsive”). When Joel follows suit in retribution, it’s reckless. But it’s his first step towards reconciliation and into vulnerability. 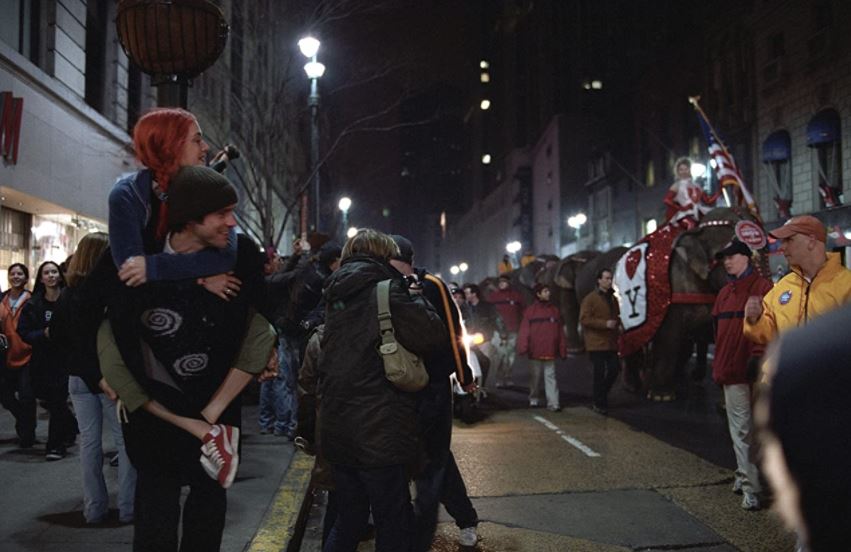 The personality discrepancies between Joel and Clementine can be seen from the beginning, but it’d be no fun to believe this whole time that they don’t belong together. As corny as it is to put in writing, there are two visually spectacular scenes that will forever follow the film’s legacy. In their “first” date, Clementine goads Joel to lie next with her on top of the frozen layer of the Charles River (though, sadly, it’s not). Hesitant, Joel shuffles over and positions himself, looking rigid and keeping his hands in his pockets the entire time. As we get the bird’s eye view, we can see that there’s cracked ice by Clementine — the quintessential frame of the film. That might have presumably occurred when she fell, but instead of giving her a hand, Joel had stood warily from a distance. As physically close as they were, they have much more distance to cover between themselves.

Cleverly, it’s vulnerability that Joel chooses in order to save Clementine in his memories. During the process, Memory Joel realizes that using Lacuna has been a mistake and conspires with Memory Clementine to not lose her. To buy more time, he hides Clementine in some of his most repressed memories so that she wouldn’t show up in his memory map. His desperate, losing effort of keeping Clementine alive is integral to Joel’s willingness in making the relationship work. Skip forward to the last memory erasing, where Memory Joel (that is, the present-state Joel working through his memories) and Memory Clementine (that is, Clementine as she were in his memories but goes with the frantic-Joel flow) are at the crumbling beach house, the place where they actually first met. The walls dismantle, picture frames clatter, the ocean’s tides sweep over their feet, and the two, in defeated closeness, talk about what they could have done better. In that scene, Clementine comes in and out of the frame, which at that point Joel has gotten used to, but her voice can still be heard. The tenderness left behind is at their rawest, punctuated by Clementine softly asking, “What if you stay this time?” And right when they’re most ready to begin again, it all disappears.

The best moments of my life and yours can be the result of exposing ourselves with earnestness. The ability to confront ourselves for the sake of something more important than us is one of the hardest things we’ll face. It’s a recurring lesson, sometimes ignored in times of duress, tomfoolery, or the other party putting up their own front. Yes, Eternal Sunshine is sad, hopeful, and wonderful — but watching it again revitalizes the notion that vulnerability is a code of honor, one that we can strive to do even if others aren’t ready.

Screening at the Coolidge Corner Theatre on Sunday, June 6 @1PM and 7PM!