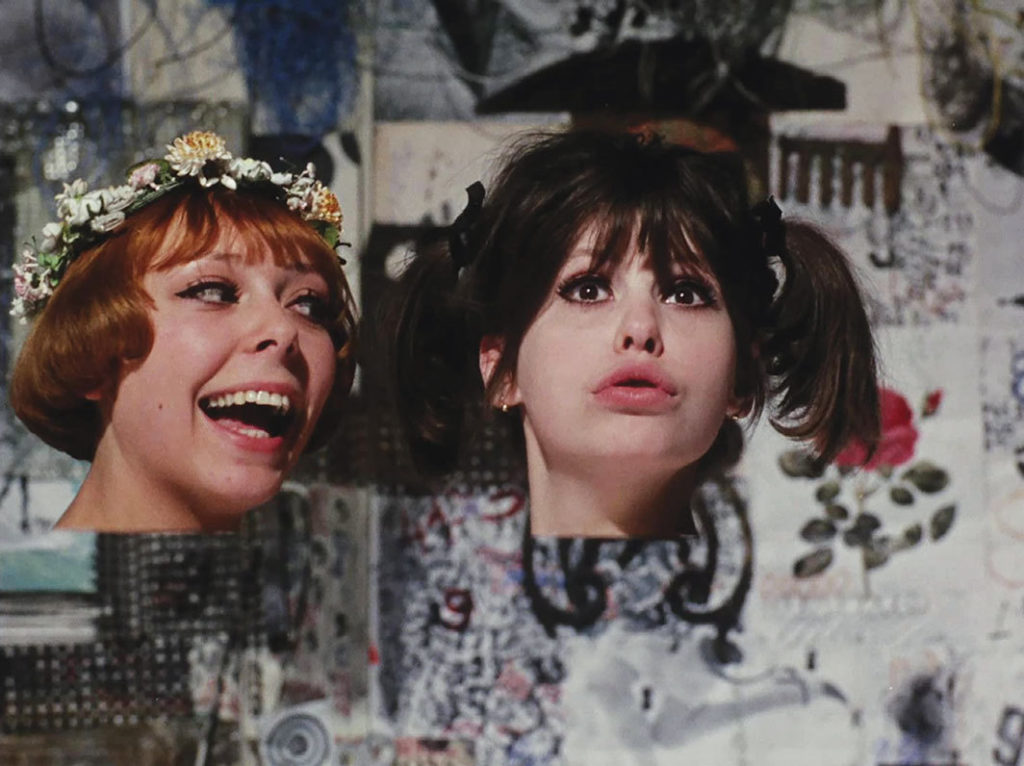 Věra Chytilová’s Sedmikrásky (known as Daisies in English) was released a couple of years before the Prague Spring, though it unknowingly became a prophecy for the breaking point in Communist Czechoslovakia that was nearing. Even in its jutted provocation, Chytilová barely hesitates in using Daisies to broadcast her denouncement of pristine femininity.

Since then, the destruction of the conventional female role in both mainstream and independent cinema has been discussed times over in countries with different stages of gendered independence; subsequently, it’s important to recognize the time and place in which Daisies was set.  Apart from its significance in political-arts expression and complexity as a moving statement, Daisies is a pretty simple presentation of two girls gone “bad.” In the opening scene, Marie and Marie (Jitka Cerhová as the brunette and Ivana Karbanová as the one wearing the daisy crown most of the time) decide that they’ve had enough of societal expectations. For the next hour, the girls engage in some droog behavior and commit societal terrorism on rich folks, lovers, and themselves.

I find it best to watch as an archived exhibition. There isn’t a lot of structural relation between the scenes and the words that spill out both absentmindedly and offensively. Vivid imagery attempts to demarcate a seemingly boundless reality; Chytilová often slashes our visions with a repugnant side of nature: bright flowers with mold-like spots, fuzzy striations on butterfly wings, and physical alterations of the female body. In its messy delight to antagonize normalcy, Chytilová had shown that every choice was a creative risk in the pursuit of anarchistic surrealism.