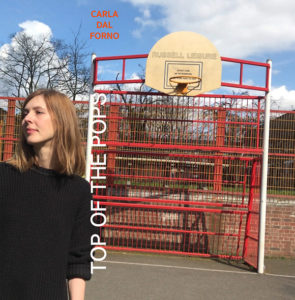 On Top Of The Pops, Carla dal Forno takes on six buried pop numbers that see the gloomy songwriter embrace slightly peppier vocals and snappier percussion at times. The keyboards and bass too are sharpened up a bit, but their tone overall still possess the darkwave, brooding type tones Carla has mastered over her solo releases and side projects. Songs from Renee, Liliput, Lana Dal Rey, The Kiwi Animal, The B-52s, and The Fates are all re-spun through Dal Forno’s loom, often taking slower tempos that let eerie electronics and Dal Forno’s readymade and handmade production touches seep in discretely. A tour cassette originally, it’s been given a re-release and should now be popping up in other places too. 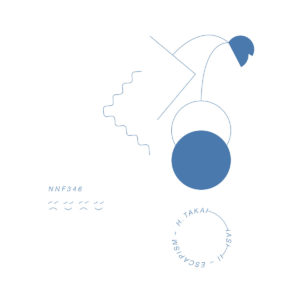 Tokyo’s Hiroki Takahashi has become a maestro of iPhone compositions. Takahashi composes during daily commutes or other times of urban stasis, turning the compromised times into a chance to create music and eventually albums. The fact that he almost exclusively uses an iPhone almost appears like a gag, but instantly it announces itself as anything but a scam; Takahashi’s music is notably attentive to tone and he’s developed a particular strain of pulse minimalism that’s warm and light. His 2017 album Raum felt like an activated generative patch of absolutely round and aerodynamic tones, sort of set off to comfortably bounce off each other. And he’s already heaved off two articulate albums this year too: Elegy and Low Power. Escapism, although undoubtedly another exercise in this quiet pulse minimalism, is more active than his previous releases. The tones here have some edges, and they climb up and over each other almost uncontrollably. There are even little windows of distortion that form under the unrestrained movement. Takahashi continues his ambient forays with his third compelling release this year. 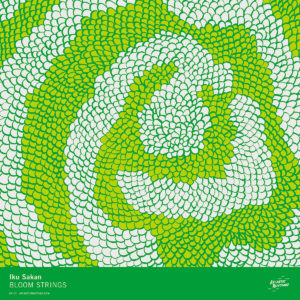 Iku Sakan makes crystalized patterns that glisten by moving slowly. Having the Berlin-based, Osaka-born producer’s pieces on is like having a high-quality water fountain placed right in front of a clock, the endless running water drowning out the persistent ticks and tocks. Bloom Strings isn’t any different in that sense: synthetic string strums bristle and relax in circling rhythms, filters readjusting along the way. The first two pieces, “Bloom Strings” and “Nacre Hypnos,” certainly feel like an extension of Prism In All of Us. “Vocarina” totters off a little and shows us something a little less sequenced, but only slightly. The piece takes the perfect intervals that you’d find in Sakan’s other pieces and plays with their spacing, pinching or loosening the pitches too for something more cumbersome. It’s interesting to see Sakan unscrew his structures and mess with the balance a little. 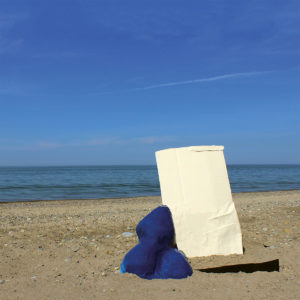 Slow-paced guitar draped in delay from Shelley Salant, guitarist of Detroit’s Tyvek, amongst other ensembles. If you’re expecting the sharp, rumbly rock of Tyvek, reset those gears my friend—these two, eleven-minute excursions are far from those frantic dabs and are more in the vein of the hairy, brambly guitar work of Matt Valentine. Coming in about a year after Shells 2, Another Time is another outing of what Shells does best: deliberately unelaborate guitar, plucked and strummed with reflective precision and used to navigate the depths of those waves of delay. The two pieces paste in vignettes of smaller motifs which might sound messy, but it’s all dealt from the same dealer, so they all possess the same unfettered manner. Now would be the time to add a Fibonacci sequence pun, but let’s not. Another hazy but beautiful set from Shells.