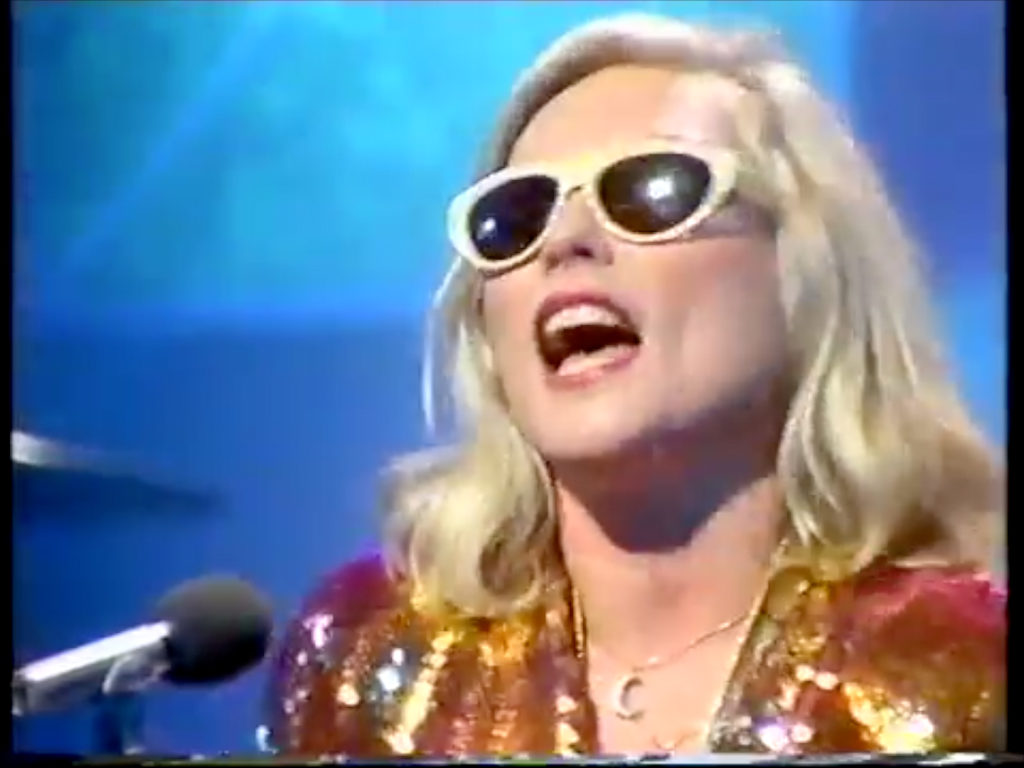 It should go without saying to anyone reading these words that Deborah Harry is an icon. Amidst the snarls of the early punk rock era, Harry and her bandmates in Blondie stood apart with their whip-smart lyrics, retro pop hooks, and video-ready look. This last bit, unfortunately, garnered an unfortunate percentage of media attention, with interviewers, journalists, and news anchors depressingly focusing on Harry’s looks far more than her music. What must it do to someone, submitting to the interview junket grind for years, hearing your legitimate accomplishments reduced to an afterthought to condescending come-ons from smarmy morning hosts?

This is the question explored by local filmmaker Meghan Fredrich in her new archival short subject, Deborah Harry Does Not Like Interviews. Compiled from hours of the cringiest interviews with the Blondie frontwoman, Fredrich discovers a fascinating arc, with Harry slowly being worn down by dumb joke after dumb joke, before stumbling upon a truly unexpected solution. We spoke with Fredrich about the (sadly) still relevant cycle of sexism in the media– and, of course, Deborah Harry.

BOSTON HASSLE: How did this project come about?

MEGHAN FREDRICH: I was thinking of doing a short film with archival materials, and I was also curious about interviews – the relationship of interviewer to interviewee, how we watch interviews and what our expectations are of them. I needed a figure who had been in the public eye for a long time and given many interviews, and I thought of Debbie Harry. After watching Debbie sit for dozens of interviews, a few things jumped out at me: how interviewers struggled to see past their superficial (and often sexist) concept of Debbie, and the strange appearance of a stuffed monkey in the late ‘80s.

BH: Where did you find the clips, and how long did it take to compile?

MF: The vast majority of the interviews I found online, many from YouTube. Finding the interviews, coming up with the concept, and editing/completing the film took just under a year.

BH: Do you see any contemporary analogues to Deborah Harry’s story as portrayed in the film?

MF: Absolutely. Billie Elish, Alisha Keys, and Grimes have all talked about being female musicians – and the strategies they engage to deal with issues of sexism, appearance, and being taken seriously.

BH: Has Deborah seen the film?

MF: We’ve passed the film along to her people, but I don’t know if Deborah has seen it.

BH: What’s next, both for the film and for you as a filmmaker?

MF: The film is available to watch online (debbie.publicinterest.io) and will also be playing at the New Orleans Film Festival this October.