“Witch” is a term whose roots reach far back into ancient history. In folklore, fairy tales, and legends, witches are women gifted with a special knowledge – a certain magical energy – that defines their identity as something beyond the realm of mortal understanding. The Witch, this winter’s critically acclaimed psychological drama/horror, reexamines the complexities of historical witch lore while giving the audience a good scare in the process.

In 17th century New England a family is exiled by their community to the edge of a dark, ominous forest. Almost immediately, dark forces descend to test the boundaries of their religious faith. Directed by Robert Eggers and produced by A24 Films and DirecTV, The Witch will get underneath your skin and work its way into your imagination, leaving behind a long trail of unsettling thoughts.

In the face of grave misfortune (an infant’s kidnapping and another child’s demonic possession), the family at the center of the film begins to unravel. Eldest daughter Thomasin, played by the very young and talented Anya Taylor-Joy, is the family scapegoat and symbol for all things subversively feminine. Her parents, fueled by religious fanaticism, accuse her of witchcraft – despite her repeated pleas of innocence to knowing about any supernatural activity.

In an age where faith is supposed to keep a family together, their beliefs instead begin to tear them apart. With no way to know the real truth, there seems to be no hope for young Thomasin as she becomes trapped in the middle of this deadly finger-pointing game.

Witches, evil or good, are always extremely polarizing figures in their demonstration of female empowerment. Society, for some reason, seems to think that femininity has always had a fantastical power over men. Take, for instance, young Thomasin on the cusp of womanhood – her chest is beginning to develop, and her younger brother takes notice of it. Still she is the one who receives scorn. 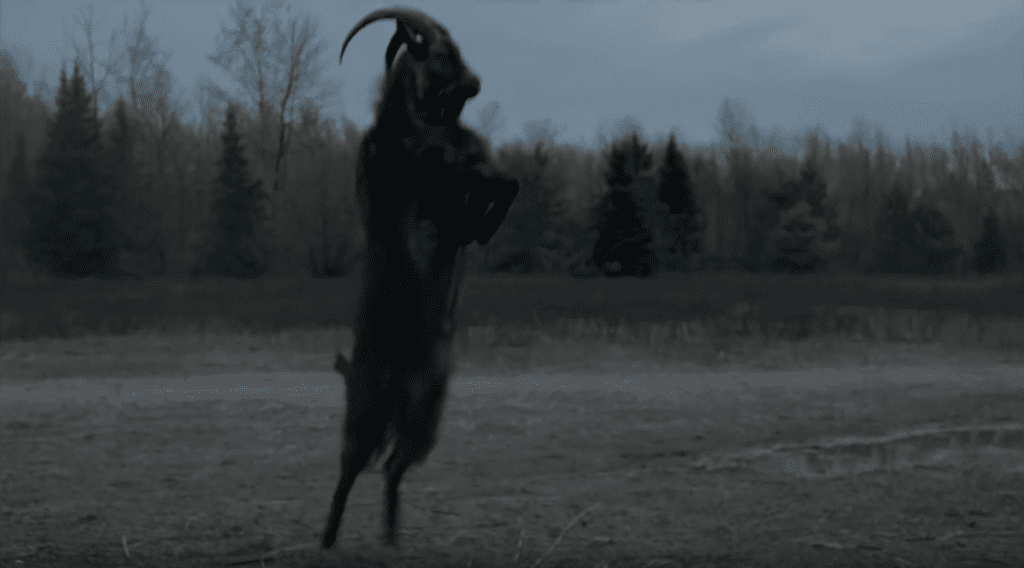 Witches have long been associated with nature and our “primal” side. They use their knowledge of herbs and plants for cures and potions. It is said that some witches have power over the elements and even the universe. They understand nature extremely well and whether it’s through white or dark magic, their rituals and concoctions entail natural ingredients. Eggers atmospheric, eerie depiction of the woods alludes to a witch’s inherent connection wilderness, the wilderness, and the untameable spirit of nature.

The Witch takes the fears associated with the term “witch”, the uncertainty and the feral sense of freedom, and connects them to the young female protagonist. Once again, Eggers expertly reveals the darker, more powerful, side of what it means to be a woman with power. The uncertainty over her budding femininity becomes a central reason as to why her family turns against her and she becomes desperate for guide, a force to assist her through the gateway to radical womanhood.

It’s a known fact that the genre of horror is predominantly “male.” There are a few rare occasions, like The Witch, where females are allowed to fulfill a role that doesn’t undermine their complexities. Hollywood chooses to normalize a boy’s journey into manhood much more often than a girl’s journey into womanhood; shying away from the realities of menstruation and the messy, dramatic body changes she experiences. Filmmakers fail to realize that both genders feel the same desires and hormonal urges. We constantly see this disconnect on screen, making the need for “radical” (even witchy) women heroes that much more urgent.

The Witch succeeds as both a horror flick and a focused glimpse into the realm of femininity. Sinister and smart, this one will leave you wondering about your own connections to the supernatural..