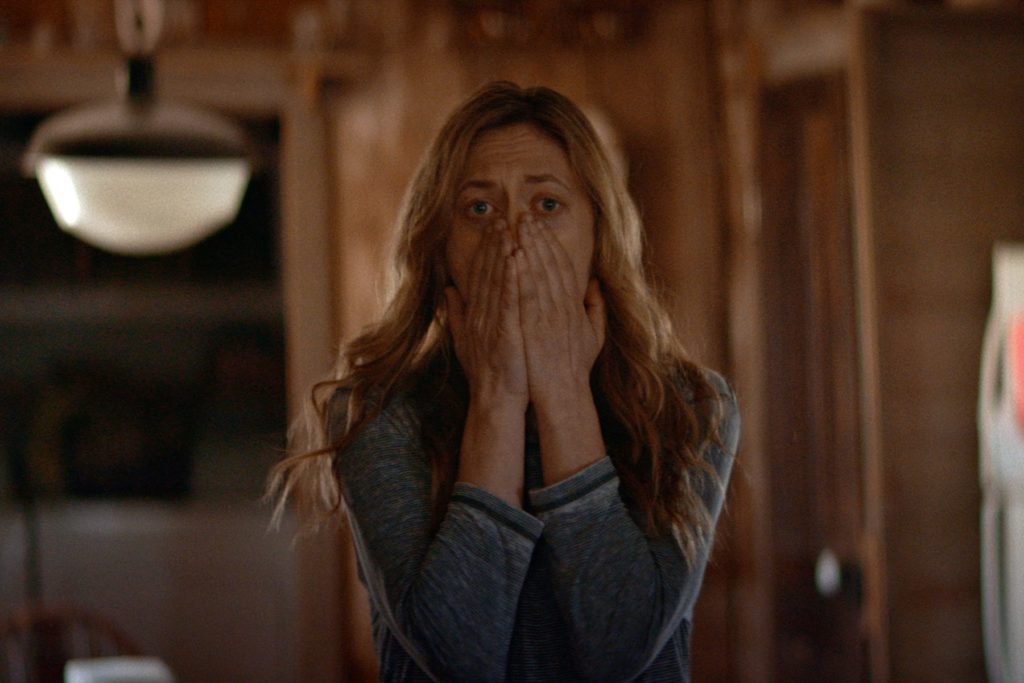 The Dark and the Wicked is a pretty great little horror movie. It’s not the best of the year (depending on your tastes, that title will probably go to either The Invisible Man or Host), but it’s got it where it counts. It’s directed by Bryan Bertino, the man behind the modern semi-classic The Strangers, and it’s filled with enough strong performances, memorable images, and southern gothic imagery to keep you enthralled, if not shaken to your core. But I have a theory, and if I’m right, The Dark and the Wicked might just be the future of horror.

Let me back up. The Dark and the Wicked centers on Louise Straker (Marin Ireland) and her brother Michael (Michael Abbott, Jr.), who return to their family farm when their father (Michael Zagst) suffers a stroke. As they keep watch over their father’s bedside, the siblings come to realize their mother (Julie Oliver-Touchstone) is not taking the trauma well; she seems distant in conversation, and the nurse confides that she’s caught her having intense, muttered conversations with no one in particular. When a tragic accident forces Louise and Michael to lengthen their stay, they start to… notice things. At first it’s just little things: a strange noise here, a shape out of the corner of their eye there. Then they realize that the goats in the barn are acting strange, and that their mother, a lifelong atheist, has been carrying around pockets full of Sunday school crosses. A sinister local preacher (the sinister Xander Berkeley) stops by to reassure them, and does the exact opposite. Then there’s the troubling incident in which Louise’s shower is interrupted by the glassy-eyed spectre of her father, despite the fact that he’s still lying comatose in the other room. Soon, Louise and Michael realize they need to get out of that house– and that it may be too late.

On a superficial level, The Dark and the Wicked resembles the recent wave of so-called “elevated” horror movies. It deals with big themes of family and grief and religion (or lack thereof); rather than the typical photogenic starlet, its heroine is a complicated woman in her 40s; and it traffics in ambiguity, opting to leave the mechanics of its central haunting nebulous and shifting (there are also a couple of images which seem to owe more than a little to Hereditary). But these high-art trappings are betrayed by the old-fashioned haunted house scares that befall its protagonists. This probably sounds like a slight, but I honestly don’t mean it that way. Rather, there’s a refreshing Sam Raimi exuberance to the grinning demons and squirm-inducing body horror. The grief these characters experience is real (and Ireland in particular sells the hell out of it), but this is not an achingly allegorical ghost story like The Babadook or Relic. If anything, Bertino uses these emotions to ground you, only to knock you off your feet with his gloriously lurid shock tactics. 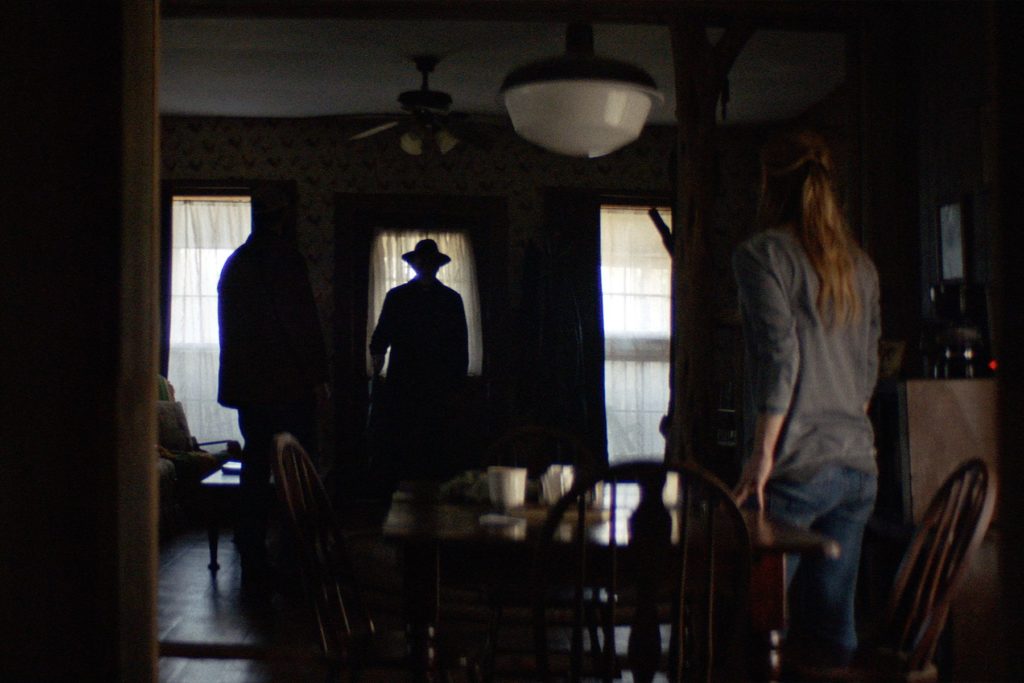 As I’ve said before, the horror renaissance of the 2010s closely mirrors the auteurist horror boom of the 1970s, where both independent filmmakers and the Hollywood system turned out astounding run of blood-chilling horror movies that won both critical acclaim and box office success: The Exorcist, The Texas Chain Saw Massacre, Dawn of the Dead, Carrie, The Wicker Man, The Omen, and on and on. As the ‘70s wore into the ‘80s, horror became big business, but with some of the edges sanded down: the Lovecraftian boogeyman of Halloween became the t-shirt mascot of Friday the 13th, the snarling Pazuzu became the wisecracking Freddy Krueger, and so forth. To that end, I’ve often wondered what this most recent golden age– which has given us, among other instant classics, Hereditary, Get Out, The Witch, It Follows and at least the first installment of the new It— will give way to. The answer, I think, might look a lot like The Dark and the Wicked. What this film does, and does brilliantly, is marry the cerebral themes of these singular works with the visceral, well-oiled scares of the Blumhouse machine.

But even if The Dark and the Wicked is just a spookshow, it’s a really good spookshow. Bertino has a gift for cooking up scares that burrow under your skin, even if they deny rational explanation. Some of these images are as simple as a pair of eyes going white, or a silhouette in a doorway that wasn’t there a moment ago; other moments are more grandiose and bombastic, like, say, a mountain of flaming goat carcasses. Then there’s Berkeley, light years aways from the sleazebags he played in cult classics like Sid & Nancy and Candyman, growling every line with Luciferean gusto. Even in the scenes where he’s ostensibly kindly, you can practically smell the brimstone; when he goes overtly evil, you’ll get chills.

If there’s a fault to The Dark and the Wicked, it’s that its prestige trappings somewhat get in the way of its puerile thrills, and keep the finale from going quite as all-out nuts as it probably could have gone. But The Dark and the Wicked is still a perverse delight, oozing with country-fried creepiness and some remarkable performances. Is it high art? Maybe not. But it’s fucking scary— and isn’t that the point in the first place?