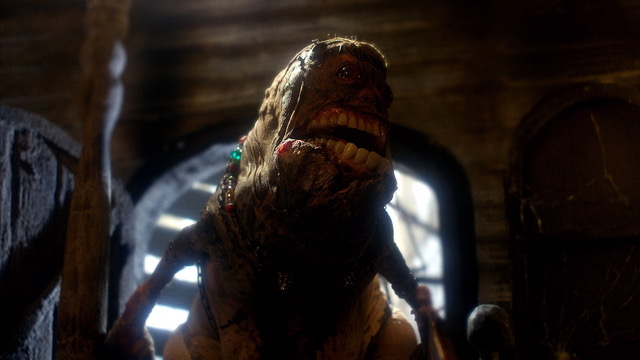 Even if you’re not familiar with his name, you’re almost certainly familiar with the work of Phil Tippett. A stop-motion animator by trade, Tippett contributed unforgettable effects to such beloved films as Robocop and the original Star Wars trilogy, then adapted to the nascent CGI landscape of the ‘90s with his work on Jurassic Park and Starship Troopers. But despite the Oscar-winner’s mainstream credentials, much of his work belies a distinctive wry darkness. This subversive streak is on full display in Mad God, a long-gestating, nearly indescribable feature-length work of stop-motion madness (watch this space for our upcoming review!). In the days leading up to the film’s North American premiere at the Fantasia International Film Festival, we spoke to the effects legend about his storied career, Mad God’s long journey to the screen, and the surprising link between this dark opus and Amadeus. (This conversation has been lightly edited for flow and clarity).

BOSTON HASSLE: How did you get started in animation and special effects work?

PHIL TIPPETT: King Kong and The Seventh Voyage of Sinbad! They just zapped me when I was young.

BH: How did you get started doing it professionally? Did you study it in school?

PT: No, there was nothing about it. After I saw Sinbad— to me it was just magic. I had no idea how it was done. In those days you saw a movie once, and then maybe you’d wait ten years before it came on TV. And then generally it was only in black and white. And there was a huge advantage to this. I’ve talked to my colleagues about this, and having to dig for information and having to remember what things were really led to the imaginative process. “Oh, you know what? That was really cool! You could just do this!” It opens you up creatively– you don’t want to copy the Cyclops or King Kong, but you want to make something no one’s ever seen before.

BH: To talk about Mad God, let’s start from the beginning. How did the idea for it come about?

PT: When I was around ten years old, my dad was an artist, and he had a collection of art books. He knew I was into monsters, and I was doing a lot of painting and sculpting and drawing, so he showed me a book from his library of Heironymus Bosch and Pieter Bruegel. A clock started ticking back then– in microseconds. Slowly over the years, as I became a filmmaker, it occurred to me that I’d like to make a stop-motion movie based on Bruegel and Bosch. That’s where it began. That was clearly the first inspiration.

BH: You started this project many years ago and had to put it on pause. Can you talk a little bit about how it got started, and how it got put on the backburner?

PT: Right after Robocop 2 in the late ‘80s, with the crew that I had left over from that, I was able to shoot on 35mm film about three minutes of footage, and I realized the scope and scale was just too big. It was just too ambitious, so I mothballed it, but I really never forgot about it. In the subsequent twenty years I did all the research that I wanted to do, and just fed my mind. My wife worked in the editorial department on Amadeus, and we’d go out to dinner with Miloš Forman. As a young filmmaker, I would ask him for advice, and his advice was some of the best I ever got: “If you want to take a good shit, you have to eat well.” And I totally got it. If you have time, you’re going to be able to hone your ideas and feelings, and it just takes time to do that. You can’t rush it. And I think that’s what makes Mad God so unique compared to Hollywood movies. They’re under a tremendous amount of pressure– deadlines and schedules. It’s just impossible to do what I did in that milieu. 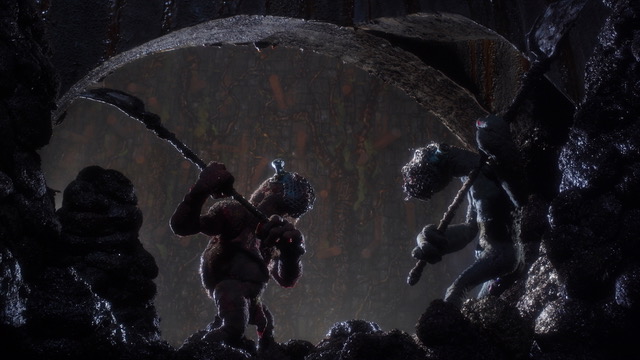 BH: What led you to pick it back up recently to finish it up?

PT: Well, a bunch of the guys that I worked with were all inspired by the movies that we worked on– Star Wars and Robocop and whatnot– and that’s what they wanted to do. But the train had left the station, and everybody was a computer graphic artist now, so they became very skilled picturemakers and offered to reboot Mad God.

BH: You mentioned computers a little bit, and I know that you’ve worked pretty extensively in CG over the past several years. What was it like returning to stop motion? Had you continued to work in stop motion in the time in between, or was it something that you had to pick back up?

PT: During that twenty year period I did all my research. I’m currently in a workspace cottage in the back of my house where I did a lot of research and writing. I just read all kinds of stuff, from Freud and Jung to just anything– a lot of art books, a lot of archaeology, a lot of paleontology– and just fed my brain.

BH: What was the process like to mix the new footage that you shot with the original stuff that you shot in the ‘80s? Or did you start completely from scratch?

PT: No, I used practically everything that I shot. It was on 35mm film, but we added film grain to the rest of the stuff we shot– I just liked that look better. I did a lot of shooting with Fusion, so the more we could fuck up an image, we would go for it.

BH: Now that Mad God is finally complete and out there, do you have any plans to do more directorial work?

PT: I spent my COVID vacation working on a much lighter, character-driven version of Mad God, that’s much more in tune with 1940s Warner Brothers cartoons. So I’ll go out looking for money, and my intention is to hire a crew that can get the thing done in two and a half years. And I’ve got two other outlines so that, if that catches fire, then I’ve got two more sequels.

BH: What do you see as the future of stop motion animation?

PT: There’s a huge resurgence of it. Roger Ebert, the critic for the Chicago Sun-Times, put it best when he said, “Computer graphics looks real but feels fake, and stop motion looks fake but feels real.”

North American premiere Sunday, 8/22 via the Fantasia International Film Festival – watch this space for our review!