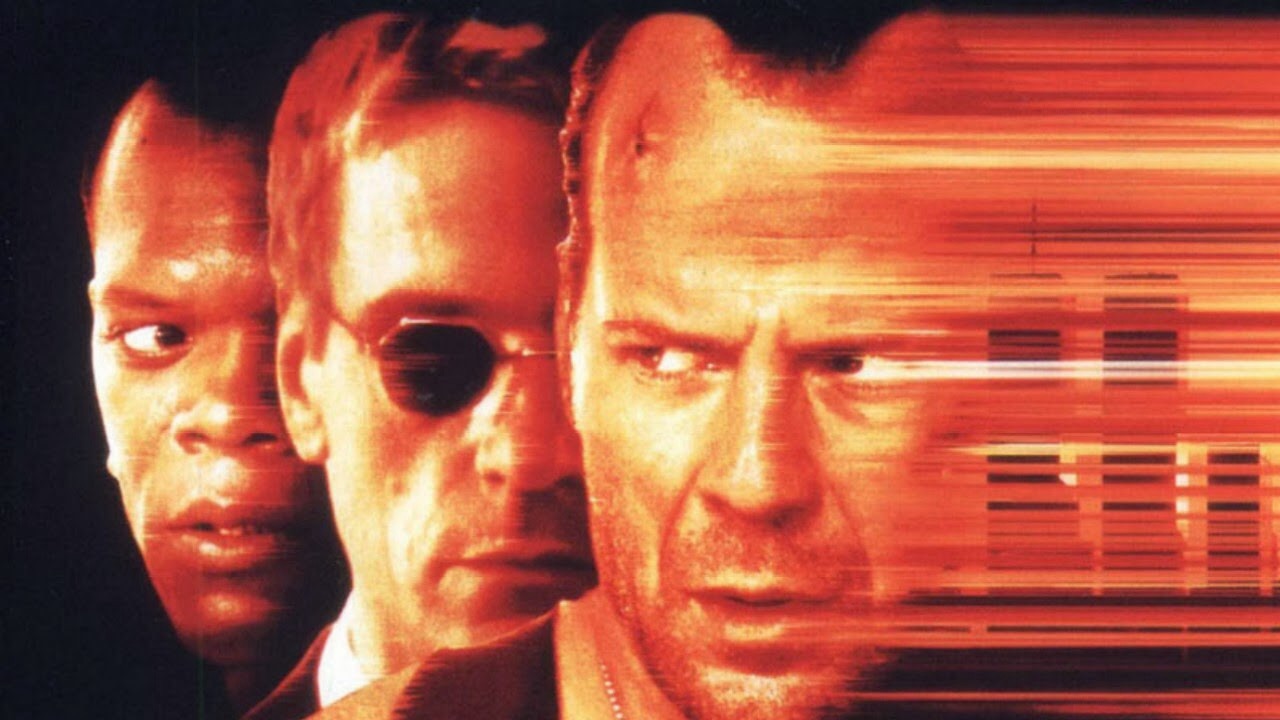 Okay, it’s time we talk about Die Hard with a Vengeance (1995). It’s time we talk about why the third film in an action series that continues to spin wildly out of control (see: A Good Day to Die Hard) presents one of the most interesting character turns seen in any muscle-gun franchise of the ’80s and, in doing so, both sticks the landing and ignites the range of one cool motherfucker.

The premise to Die Hard (1988) was simple yet refined (I wrote about this back in December). It was a geographically contained story that showed vulnerability on the side of its main character. John McClane wasn’t invincible, nor was he the fearless deathmonger he is today. Instead, he was someone who had limitations and needed to make the most of his situation to save the day. Pairing him with an equally vulnerable character was just icing on the cake, thanks to everyone’s favorite, Reginald VelJohnson.

Where Die Hard teases the emotional vulnerability of McClane, Die Hard with a Vengeance leans hard into the idea, starting its story with McClane having lost contact with his wife for some time. He’s beaten and alone, thrown out into the streets wearing a racist sandwich board in hopes that this will appease Simon Gruber (played by Jeremy Irons), a terrorist threatening to detonate bombs across the city in revenge for his brother’s death. He’s rescued by Zeus Carver (played by a young but spry Samuel L. Jackson) and thrust into the most conceptually interesting story of the series: McClane must partner with Carver to help solve a series of riddles so they may defuse Gruber’s bombs and save New York City. 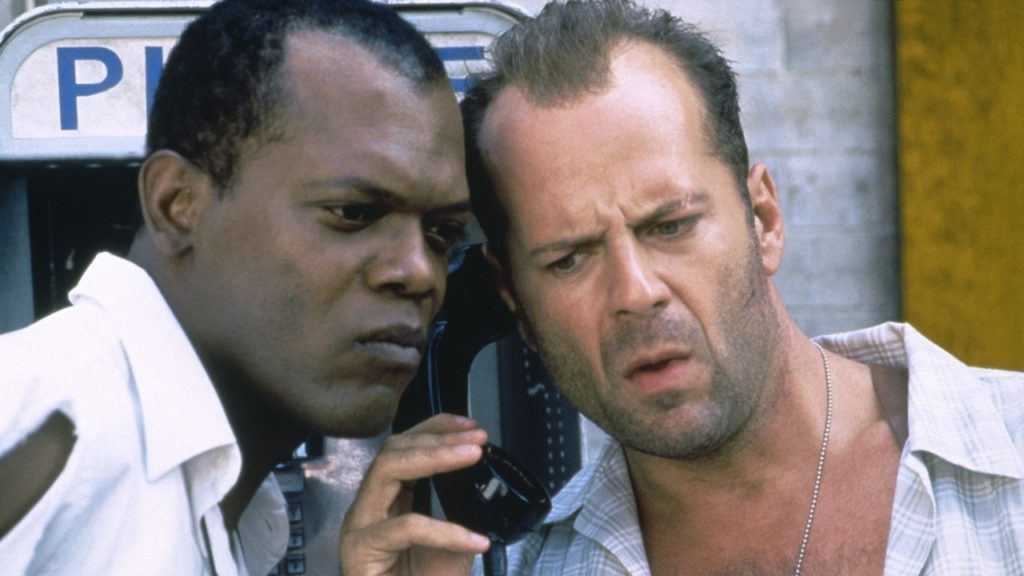 The stakes are higher, the characters are far more interesting than anyone in Die Hard 2, and the effects are really cool. I still think about the sequence where Gruber floods one of New York’s water tunnels to flush McClane out, only to create a tense sequence where our hero is literally ejected into the air and dropped next to Jackson’s car. It’s goofy and definitely this film’s weird echo of the jump scene from the first Die Hard (we just like watching Bruce Willis fall) but it’s tense and fun and different.

And maybe that’s what’s great about this series to begin with. In every film, there’s some over-the-top sequence where McClane is thrown around yet somehow thrown through some miracles of his own volition to survive another day… That’s why it’s called Die Hard, I guess.

But what makes Vengeance feel fresh is the interplay between Willis and Jackson. This easily could have descended into another dumb, over-the-top action film if it wanted to, but instead there’s some more craft to it, something that gives this some form. The premise of solving riddles creates a fun scenario for our characters to explore and genuinely engages viewers by making us guess along with the characters while we secretly are just waiting for another one-liner, joke, or explosion. Vengeance just feels good. Not as good as the original, but a reasonable contender.

Personally, I think it’s fun watching McClane in his home environment. He’s not thrust out to Russia or placed in some drastic fish out of water scenario. New York is where McClane works best, and it’s where his character feels the most authentic. I almost shudder as I remember where the most recent film takes him, both geographically and physically.

If you had to pick one sequel to watch out of this series, pick this one. Seriously. Vengeance is far more grounded (relative to the others) and interesting, and you get a taste of Samuel L. Jackson, which is always a pleasant dive into humor and intensity.