Die Hard opened to a field of skeptical audiences back in 1988, sporting the likes of a young, unseasoned Bruce Willis and a relatively unknown Alan Rickman under the direction of Predator director John McTiernan. Before reaching its key demographic, it was marketed as the usual pulpy ’80s action flick with guns, muscles, and violence abound – images which, if you watch the trailer below, you’ll get a full sense of their awesome indulgence.

From a retrospective point of view, I think I speak for many of the film’s fans when I make the claim that Die Hard somehow transcends the stupidity of a muscle-bound shooter with a bizarre form of storytelling finesse and charm which, in today’s action film, genre is next to unheard of. 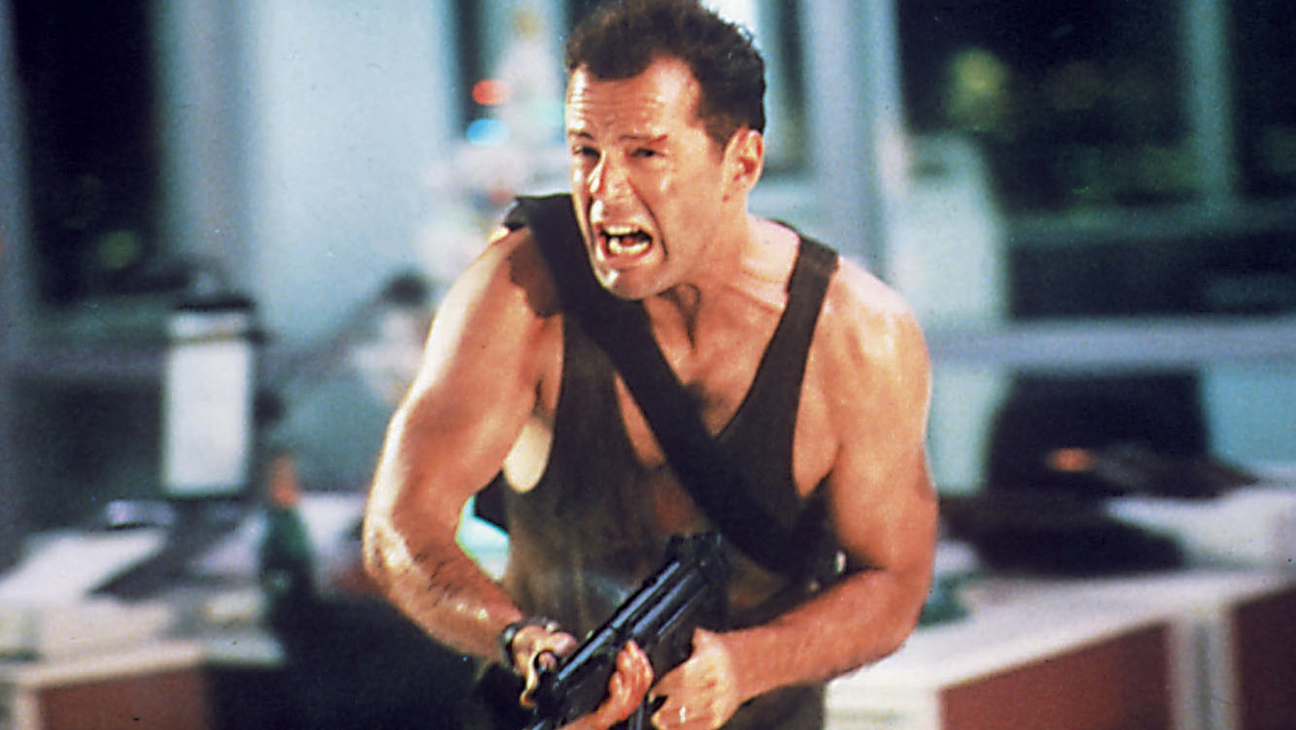 What exactly am I talking about?

For starters, Die Hard boasts an incredibly human cast of characters for whom it is easy to feel empathy. From a villain whose performance seems truly diabolical to characters with a profound sense of depth, a la Reginald VelJohnson’s officer Al Powell, the ensemble delivers less of the hokey unbelievable experience of invincible people than it does a grounded and somehow human narrative encapsulated by extreme heights of violence and chaos.

But at the center of this human element is Willis’ John McClane, a character whose motives are that of the everyman and whose vulnerability is near unseen in other action-type films. Not only is McClane divorced and generally a miserable person, but he’s also damaged time and time again throughout the film as he deals with the comical yet genius loss of his shoes at the start of the film (a device which plays well to his efforts to be stealthy and clean up his trail of blood) and later with death-defying stunts which somehow feel more real (i.e. McClane surviving a rooftop explosion by hanging to a firehose for his dear life). What we get out of this character isn’t invincibility, but rather a sense of humanity which may or may not make it out alive. 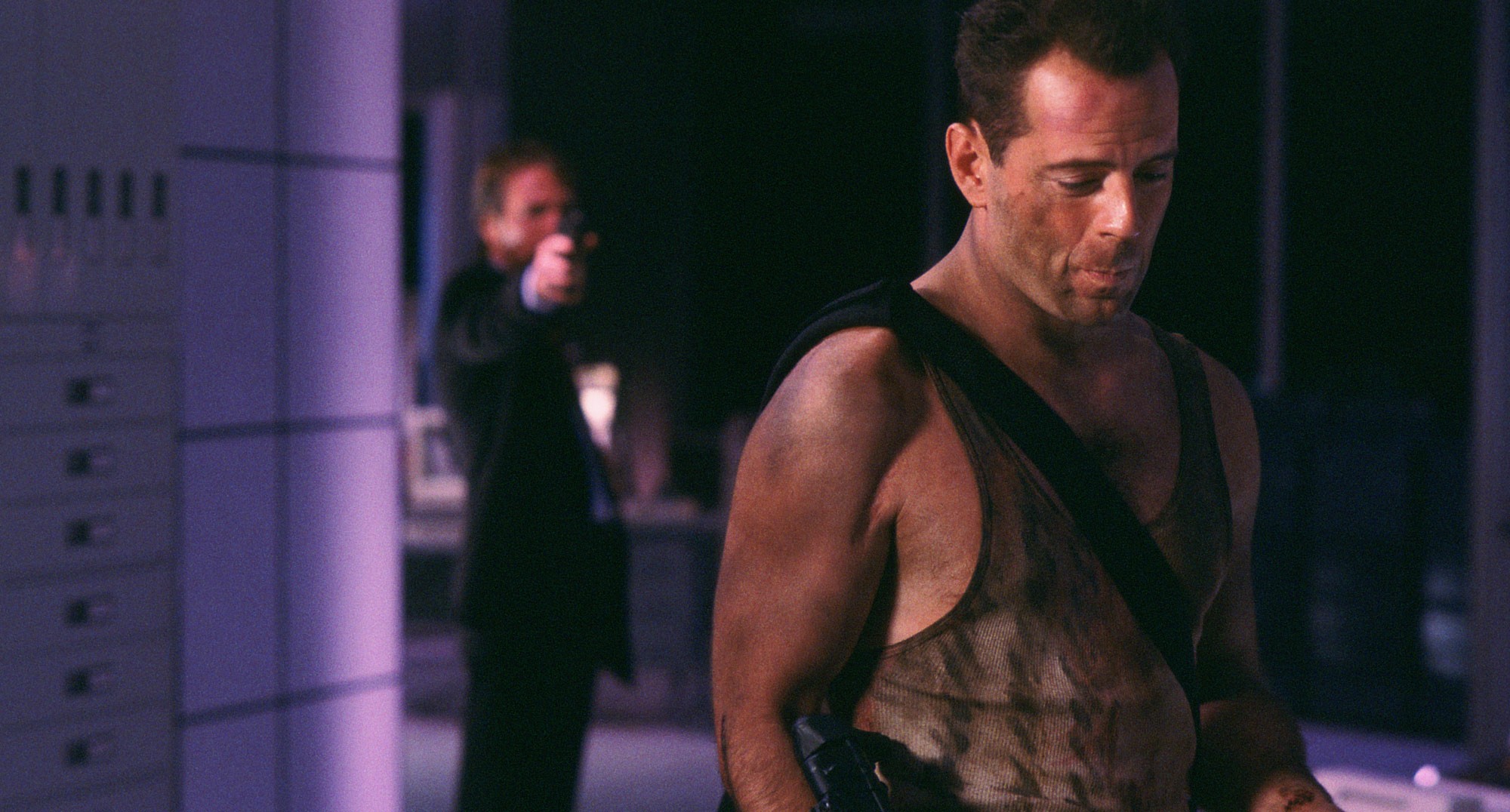 I wholeheartedly believe that the narrative devices in Die Hard are what make it such a spectacular piece of over-the-top ’80s cinema as they range from feet to falls but, even as I become more aware of this film’s intricacies, time and time again I’m shocked by just how well everything holds up.

There are times in revisiting this film when I wonder, What does this film have that the others in its series do not? Because, let’s be honest, this is a series which, other than its third film, is on a downward slope of becoming just like every other action movie.

Regardless, the answer as to why this first film succeeds so much seems locked somewhere in its mix of charm and fine execution – the sense of pain and humility the film panders to throughout. But who am I to dissect something so purely fun and enjoyable? Die Hard was made for pure thrills and enjoyment.

In the end, it’s always a treat to catch this flick on the big screen as it really represents its pure beauty. Plus, it’s a good excuse to knock off one of your favorite “holiday” films, as this is in fact a Christmas movie, in the same sense as Lethal Weapon and other action-related holiday trips.