To celebrate life is vital for a happy one. One must come together as a community, find inner peace, be passionate for something, and much more. We all have one life, and it should be a fulfilled one. The Golem: How He Came Into the World is often recognized as an important horror film in the German Expressionist movement, but one thing I couldn’t help but recognize throughout the film is the people’s resilience to find some sort of joy in life. They are celebrating, even in the dire times. While there are a handful of aspects of the film that standout, no other aspects standout quite like that of the people in medieval Prague. 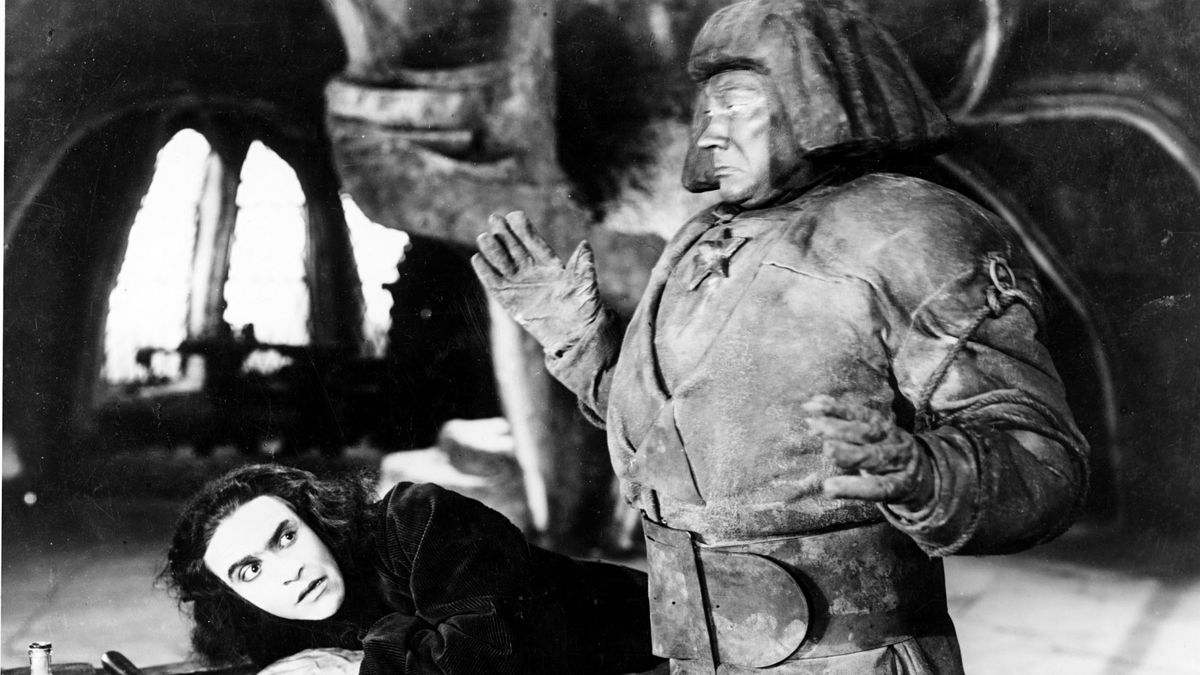 The instances where people are rejoicing are natural, but they give the film a sense of hope that I never expected. These celebrations are captured with wide shots of people in the streets cheering. These people were ordered to leave, yet they choose to look at the brighter side of life when they are pardoned. Of course, people would celebrate, and one would think that these people would be worried for the next time they are ordered to leave. Instead, they look on the brighter side of life, and smile through the worry. The same happens when the Golem gets loose in the town, much more violent than earlier in the film. When all is resolved, they don’t weep for the dead, nor do they moan about the destruction the fire started by the Golem brought them. They just smile, cheer, and celebrate. It’s heartwarming to see a community come together so quickly in times of danger and be happy. That is something I didn’t expect watching the film for the first time, and I think it’s a great part of the movie.

The Golem isn’t so much a horror movie, but a really good retelling of a legend told to the film’s co-director, Paul Wegener. Wegener directs the players in excellent fashion, with each individual well performed. In particular, Rabbi Loew (the protagonist) gives an excellent performance as the flawed hero in the legend. The sets are also incredible. When the Rabbi visits the Rose Festival at the palace, the whole place is brought to life by the architect that they capture so well. The costumes are excellent in this scene as well, but the Golem is the standout. His recognizable costume is known to many who enjoy movies during the silent film era. One thing I did want to note is the portrayal of the Golem. For a large chunk of the film, his innocent behavior is often a bit too much. It makes sense as to why he is very unaware how to behave in the world, but it also feels too comical. I wish he came across as more of a threat that is brought about when one tries to meddle in the dark arts. With that said, I have never read the legend the movie is based on, so he could very easily be this sill in the legend as well. I would love to hear your thoughts in the comments below.

The Golem is, visually, a stunning movie. From the sets, lighting, costumes, and cinematography, the film is quite the film to behold. Similar to Nosferatu, I don’t view it as a horror movie. I view it as a visually appealing film with great imagery and artistry. The restoration I watched also had a wonderful score to boot. Jeff Rapsis will be doing a live accompaniment during this screening. Jeff is a great performer who is very knowledgeable about silent films. If he is speaking before or after the screening, be sure not to miss him.