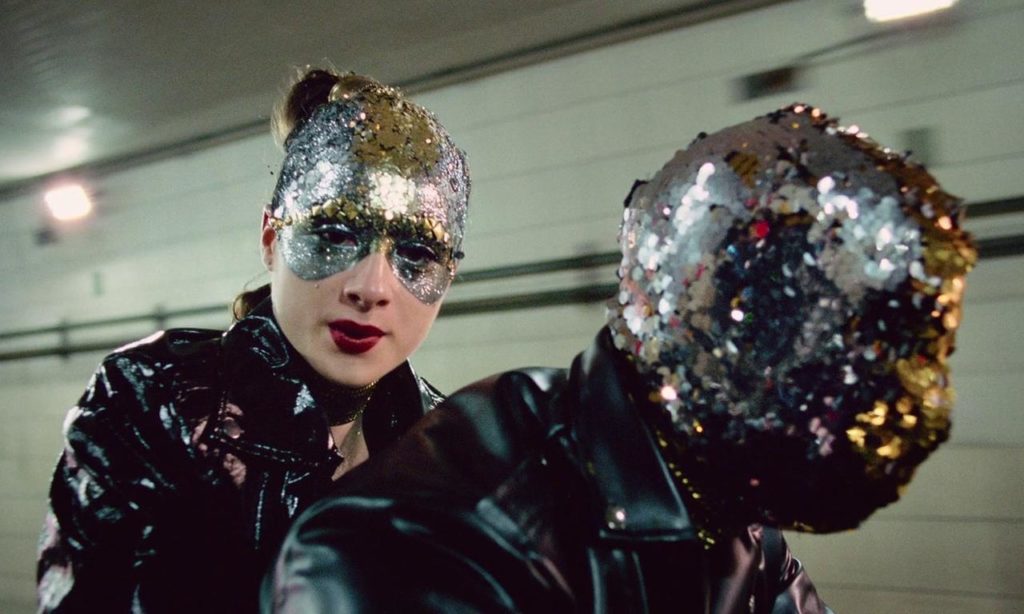 I must have watched Funny Games sometime before Vox Lux (but admittedly too long after its release year), because I distinctly remember wondering about Brady Corbet’s star power. “This man,” I thought to myself as Michael Pitt condescendingly corrects Corbet on another obtuse remark, “is not a man I need to see again on screen.” And honestly, I was right and wrong on two accounts. First of all, who remembered that he was the same kid that helped propel Sigur Rós into the early ’00s paradigm of alienatingly gorgeous outros? But also, who would have guessed that his vision behind a camera was going to showcase unfortunate accounts even more unlucky and excruciating than the Farber family?

Written by Corbet and his real-life partner Mona Fastvold, Vox Lux examines the pop career of Celeste (played younger by Raffey Cassidy, older as Natalie Portman), which begins after surviving a school shooting in a Staten Island neighborhood. She performs an original song with her older sister Ellie (Stacy Martin all through the years) at a televised vigil, and is then picked up by a manager (Jude Law) when the song becomes popular. It could be at this point that fame’s sinister talons had sunk into Celeste’s relatively innocuous (and slightly religious, but not outwardly so) demeanor, but Corbet plants critical points by means of title cards, Willem Dafoe’s role as narrator, and historical events (9/11 is an example) to insinuate that there may have been a trade of global reputation for personal descent at play.

From the beginning, the story was not going to be a feel-good one. One of the most harrowing scenes in the school-shooting genre (suffice to say, I’m not saying I’m hosting a Cannes-style competition of such genre in my head) is where the opening credits overlay the shot of a long, winding road populated by emergency vehicles carrying an injured Celeste, accompanied by the singular wailing of sirens. The film is not shy to show the grotesque parts of show business and deteriorated relationships, but the past feels far more implicated than the standard trajectory tale of pop stars. Vox Lux is the echoing sound of dominoes falling to the thumping vibrations of tumultuous choices and deflections.

Released the same year as Alex Ross Perry’s Her Smell, another feature divided into Shakespearian acts of music industry tragedy, we are reminded that women should have the same space to be as disastrous as a bearded Bradley Cooper and still have control of their own endings, wherever that may end. While Elizabeth Moss’s character brings toxic extremity to nauseous heights, there’s always a shadow of sympathy that trails behind Celeste. And it seems easy to draw other parallels to, say, today’s pop stars, the self-sacrificial nature of stardom is a tale as old as time.  And there’s only so much shit Celeste can give and take here.