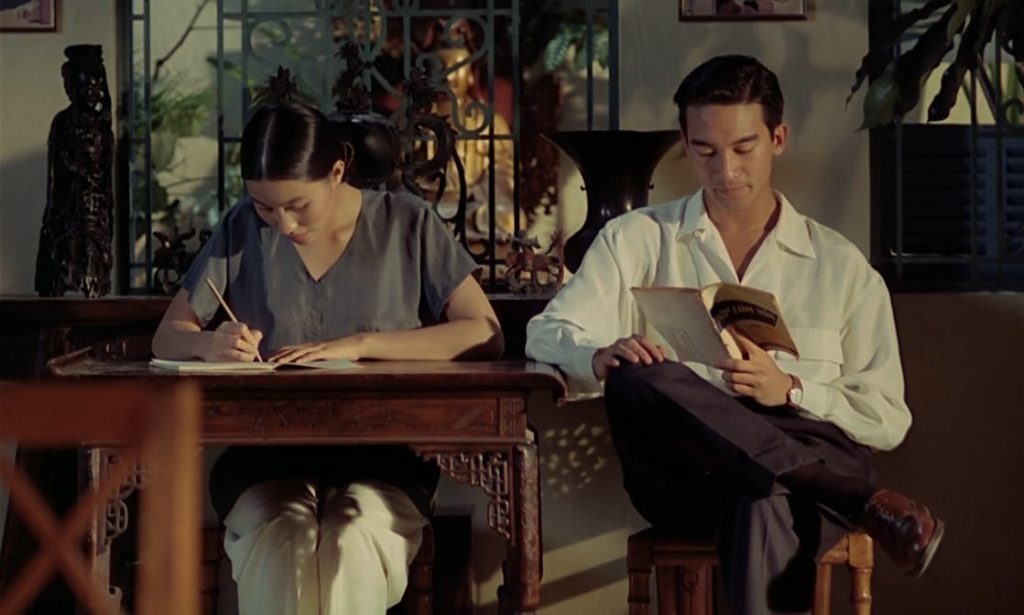 Through a deep childhood familiarity, ripe papaya can smell like shit (and inversely, sometimes shit smell likes papaya). Green papaya, however, has a much paler, harder flesh and isn’t as fragrant. It might take a potent dousing of nuoc mam to acknowledge its presence (albeit in shredded form and decorated under some herbs and grilled protein), but as such a dish with complex palate dimensions, it’s fascinating how a full-bodied fruit can diverge into a different evolution if you pick it at the right time.

Perhaps it did take little creativity to compare a green papaya salad to The Scent of Green Papaya, a film where the titular object doesn’t elude from dialogue or being the centered focus of a few scenes. But Tran Anh Hung’s vision is far from a delusion of grandeur and avoids the opportunities to flex on the country’s finer things or exploit the farthest bottoms of society. It’s a film tracing the delicacy among a life of traditions, which marks an important depiction of Vietnam, a country glossed over as one of America’s greatest fallacies in war history. Post-war Vietnamese cinema hadn’t been as vivacious, so when Green Papaya became The Vietnamese Movie for audiences across the globe (eg winning an award at Cannes, being the country’s first to be nominated for an Oscar), it really was a snapshot of a country as a home. A moving Polaroid framed with natural greenery, porcelain vases, and neutral linens, Green Papaya is a domestic composure of life as is.

The story surrounds a multi-generational family who hires a young girl, Mui, to help with the housework. She quickly picks up on the chores and integrates into the family’s daily routines, whether in favor with the mother or in opposition with the younger boys. The passage of time slows for us to observe the family dynamics and foodways and quickens during the more turbulent scenes, accelerated by the change of camera angles that move like a storm’s wind. Maybe there’s a lesson about the patriarchal nature of avoiding responsibilities, or about the heavy burdens of a woman’s work, or about the harsh cycle of men ruining lives. Or maybe it’s not really a lesson, because we been know.

Mui is probably the allegorical green papaya, but the amount of attention needed to give a fuck about it is not needed here. Despite the bad things that happen, Green Papaya calmly sketches the lives of our characters in a way that feels like everything is the way it’s supposed to be, in a place that was both ordinary and tranquil.