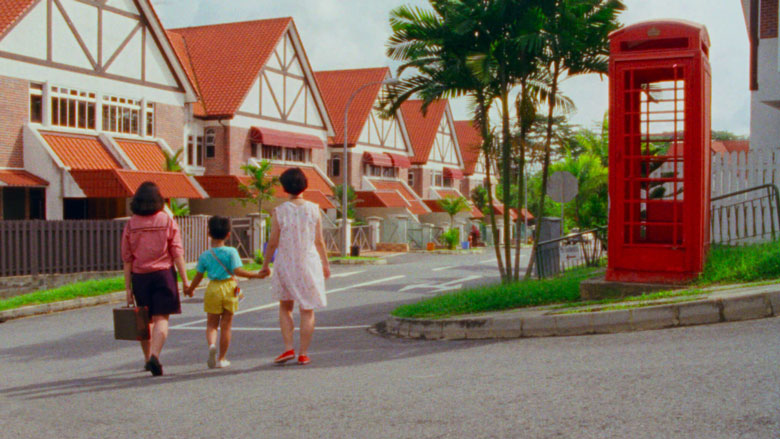 Sandi Tan was a cool teenager, even if portraits of one’s adolescence are as cool as the director curates it to be. After making amends with Jasmine Ng, a like-minded peer with unspoken rivalry, the two set out to destroy the status quo in the youthful vigor that cool teenagers have. The world was their oyster, but living in 1980s Singapore made shucking it a little harder. The country’s rapid assimilation to modern architecture and metropolitan manners left little space for eccentricity in the arts, but who was really going to let the government dictate your interests? In one instance, Tan and Ng write a formal request to have Eraserhead approved to be legally watched, whereas I stumbled upon it through On-Demand as a 13-year-old with insufficient prefrontal cortex to understand nuanced eeriness. If I, a meek Asian-American in white suburbia, needed guidance in my formative years, it’d be these two that could fix me up.

Fighting with the boys’ punk music club and distributing their own zines were all par for the course for Tan and Ng, who were further subdivided by their identities as women in a growing alternative culture. They enroll in a community film class, where they meet third Musketeer Sophia Siddique. Under the instruction of the mysterious teacher Georges Cardona, they embark on creating a film based on Tan’s script about a teenage serial killer S (“Hmm, I wonder who that could be,” Ng snidely remarks to an off-camera Tan, who are now in their 40s in the documentary Shirkers). By 1992, stacks of 16mm rolls had been cultivated from days of filming and reshoots, ready to edited under Cardona’s wing. The film would also be called Shirkers.

We can put two (the foreboding tone of tragedy) and two (the classic tale of older adults’ weaponizing exploitation) together to find that Shirkers is not a Hearts of Darkness-style documentary, but a headstone for a stolen life. Despite the sadness that unfolds over the course of the creators’ accounts (with added commentary from the cast and crew that worked on the film), Shirkers is one of the most beautiful pieces to exist in both realms of filmmaking and emotional reconciliation. Floating above the victims’ sad tunes, Tan’s blending of storytelling with thoughtful reflections made it possible to feel both anger and hope at the same time, giving both historical nostalgia like Mike Mills’ Beginners and personality like Bing Liu’s Minding the Gap. There’s something masterful about vaporizing relics of the past to maintain an eternal innocence surrounding Shirkers and its creators as they reclaim their experiences, which is more powerful than what a bad man could, or will ever, do otherwise.