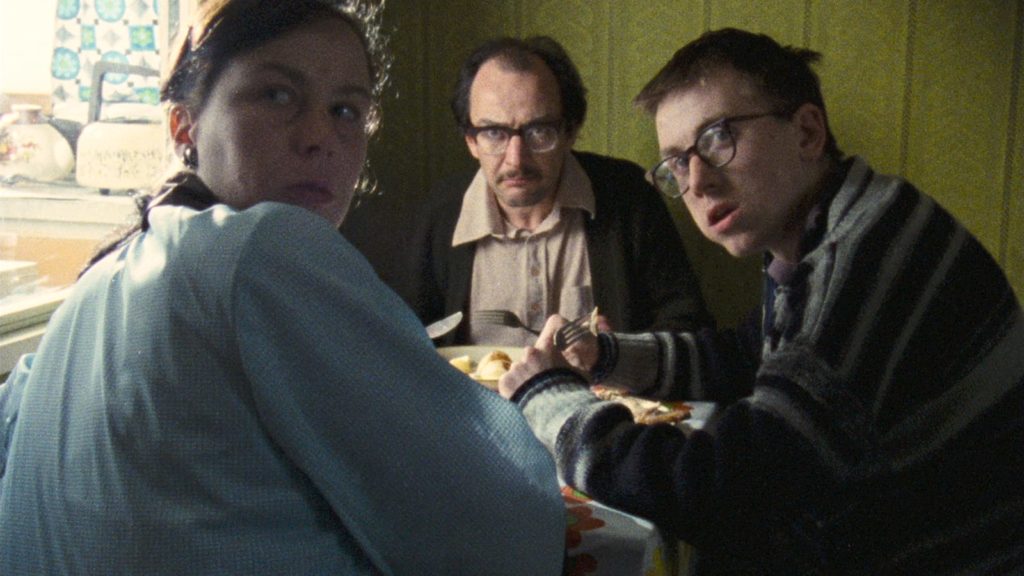 The domestic scenes in Mike Leigh’s Meantime are all too familiar to many of us currently stuck in Coronavirus self-isolation. A working class English family, the Pollocks spend the film confined to their home and around their East End neighborhood, trapped in unemployment by the Thatcherite recession that rocked the UK in the 1980s. They drink tea, go for pints, smoke cigarettes, and hangabout– habits many of us have incorporated into our tedious, quarantined lives. There is a boredom and ennui in the film that many of us are struggling to deal with as we wait out our current crisis. The claustrophobic, extraordinarily mundane film may be too close for comfort for some of us social distancing right now, yet there are many important parallels between the recession-stricken Pollocks and our current, unprecedented moment.

As the scholar Sean O’Sullivan points out in his essay on the film, Margaret Thatcher’s infamous quote that “there is no such thing as society” hangs like a cloud over the entirety of Leigh’s vision. The Pollocks’ life hangs on what was, even in 1983, the dying notion that a society not only exists, but has an obligation to take care of its people. They live in public housing, collect unemployment, and wait for jobs to reemerge in England, remaining unbearably attached to the world around them. Thatcher’s notion, then, acts as a punchline to the film, as Leigh makes it painfully obvious that society both exists and, when individualism is prioritized over collectivism, places its people in increasingly precarious positions.

It seems many in America, and across Western society, are finally waking up to the notion that society does indeed exist. Finding ourselves in a position much like the Pollocks (albeit without access to the pubs), we are trapped in our living spaces with families, partners, and roommates, unable to work and confined to nothing. Many are living scarce, careful not to waste what resources we have left. We have become reliant completely on the communities around us, holding our breath as we await any sort of government relief. Like the Pollocks, we too have become aware of how intrinsically tied we are to the world around us, suddenly all too conscious of society’s existence. 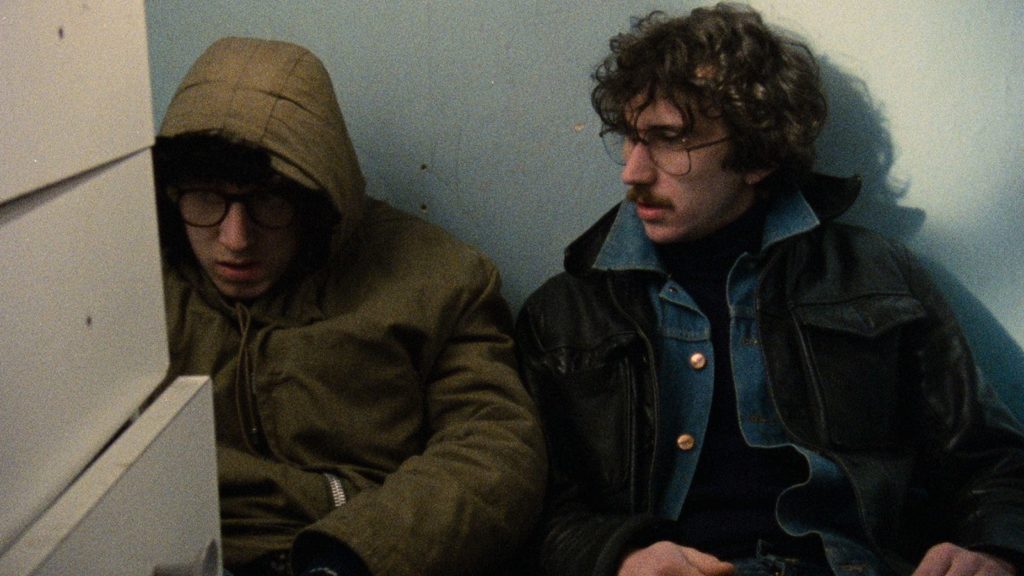 While Leigh presents a critique of Thatcher’s infamous cuts to standards of living, there is something Americans might find almost enviable about the Pollocks’ everyday lives in the midst of the Corona crisis. Even in the beginning stages of neoliberal austerity measures, the Pollocks are able to survive on their unemployment checks, live in fairly decent, though deteriorating, public housing, and, while not exactly shown in the film, would be able to receive adequate healthcare through the NHS. While our politicians discuss giving aid to Americans across the country, many of us wait in fear and despair, not sure how rent, bills, or food will be paid. Especially for those of us working in food service, retail, or freelance positions, layoffs have already begun without much in the way of adequate unemployment benefits, not to mention the shambled state of privatized American health care. Leigh might rightfully point toward the cracks in standards of living that had begun under Thatcher’s neoliberal reforms, yet many of us in modern America could only wish for the public services the film presents.

None of this is to say that the living conditions of the Pollocks are particularly enviable, as the film goes to great lengths to show how tenuous and unfulfilling their lives are during a period of economic uncertainty. Yet, after decades of austerity cuts to the wellbeing of those in western societies, our current crisis has demonstrated to great effect the massive flaws in our political systems. That there is something desirable about the welfare measures the Pollocks recieve should ignite in us a rage that such reductive measures were made by our leaders in the first place. Leigh’s vision of Thatcherite Britain is bleak and unforgiving, but progressive post-war reforms soften the blow of their economic turmoil. After years of privatization, cuts to public spending, and neoliberal policy, America has been left without such a safety net in the face of this massive pandemic.

While we are stuck in pandemic limbo, Meantime presents a particularly poignant picture of life in times of massive uncertainty. There is certainly catharsis to be found from watching characters trapped in such similarly monotonous positions to the one we’re in now, and the film provides ample space to reflect on the ways in which our government treats us in times of crisis. We are most certainly about to enter another recession, and will require more from our leaders than we have gotten in our neoliberal times. Like the Pollocks, we may be stuck waiting for our situations to change, or for political action to be taken, stuck in the tedium and monotony of life in the meantime.

Streaming on The Criterion Channel

Liked it? Take a second to support Christopher Michael on Patreon!